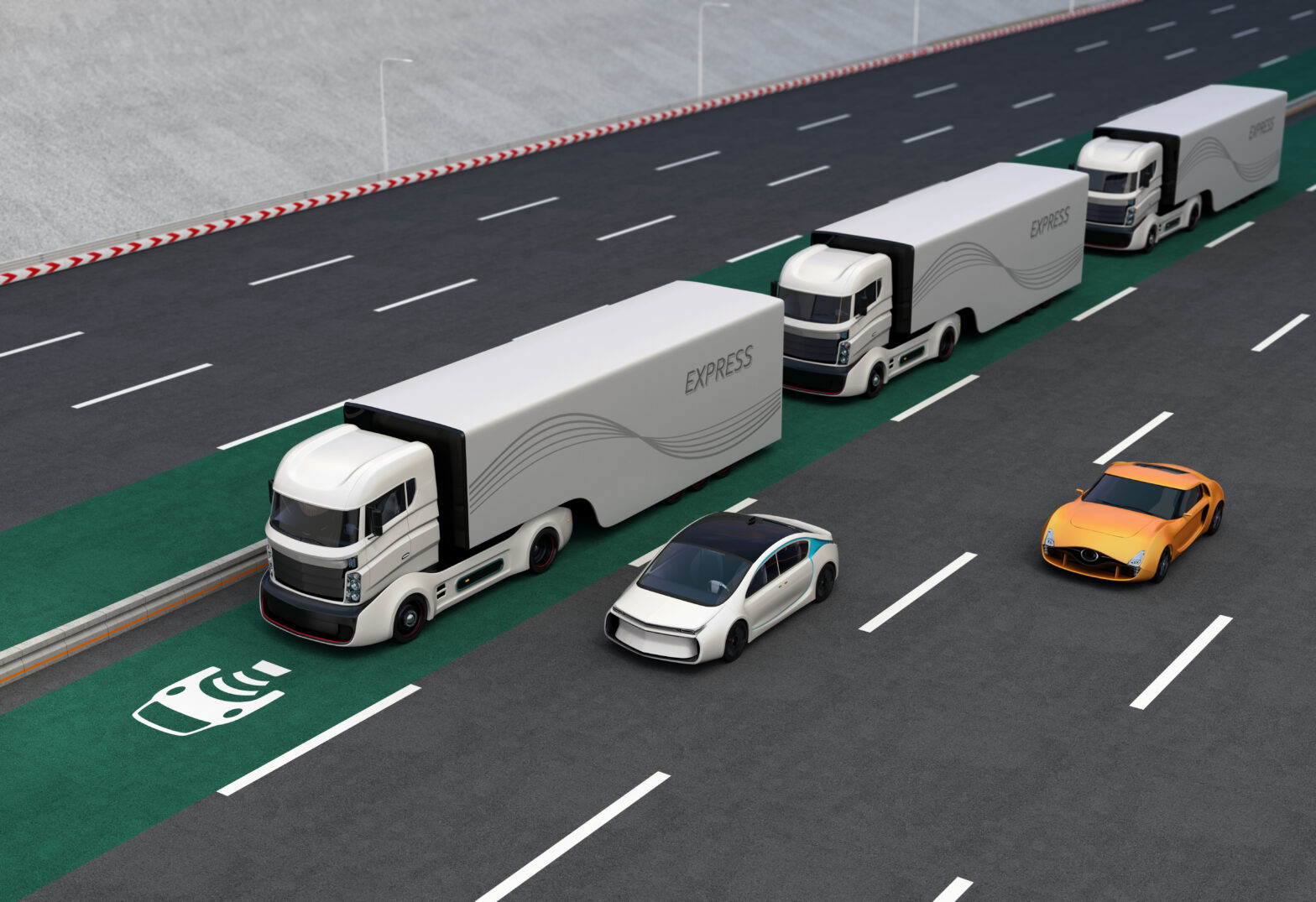 The reality of driverless vehicles in the UK has taken a step forward, as small convoys of self-driving lorries will be tested on major roads by the end of next year. This scheme was first proposed by the government in 2014.

The UK government awarded a contract to the Transport Research Laboratory (TRL), which will carry out the tests dubbed “platoons”. In this formation, up to three lorries will drive in convoy, with the speed being dictated from the front.

During the tests, the lead vehicle will be controlled by a human and will communicate with the convoy wirelessly.

So what’s the point? Those who are part of the project say initiatives like these could lead to increased fuel efficiency and savings for haulage companies. Transport Minister, Paul Maynard, hopes this saving will be passed on to consumers. He said platooning could lead to cheaper fuel bills, lower emissions and less congestion –
“But first we must make sure the technology is safe and works well on our roads, and that’s why we are investing in these trials”.

The head of the AA, however, said that these platoons raised safety concerns. Indeed, British roads present a unique challenge, said Edmund King, president of the AA.

“We all want to promote fuel efficiency and reduce congestion but we are not yet convinced that lorry platooning on UK motorways is the way to go about it,” he said, pointing out, for example, that small convoys of lorries can block road signs from the view of other road users.”

“We have some of the busiest motorways in Europe with many more exits and entries.”

“Platooning may work on the miles of deserted freeways in Arizona or Nevada but this is not America.”

The director of the RAC Foundation, Steve Gooding, said: “Streams of close-running HGVs could provide financial savings on long-distance journeys, but on our heavily congested motorways – with stop-start traffic and vehicles jostling for position – the benefits are less certain.”
Campaign group the Road Haulage Association said “safety has to come first”.

Commenting on this, Dr Markus Burianski, partner at global law firm White & Case said “By 2030, most countries will have specific rules on autonomous driving. The main question is whether the driver – or rather passenger – will remain in the liability loop. In the next 5-10 years, we will see two major trends: Some countries will keep the driver liable, just as a surgeon remains liable if he uses a surgical robot.

“It must be clear to everyone that even if the new technology is 500 times safer than human driving, accidents will still happen. As with every new technology, the right balance therefore depends on the increase in security and not on absolute security. To ensure that the products put on the market at least several times outperform human driving, the industry and lawmakers will need to implement a robust testing mechanism.”