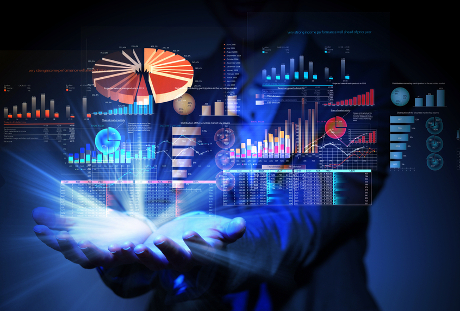 A number of recent acquisitions show that, in the IT industry at least, the services business is where a lot of companies want to be. But that doesn’t mean services companies are necessarily enjoying an easy ride.

One company whose name is almost a byword for the kind of high-value, innovative and consultative services to which many IT companies aspire is Accenture. In October 2009, that company’s financial results proved that it is having no easier time in the downturn than any other technology supplier.

Overall revenues for the final quarter of Accenture’s financial year fell 14% year-on-year to $5.2 billion. Accenture’s consultancy practice was the principal culprit – its revenue contribution fell 19% to $2.9 billion – but the outsourcing business was far from strong itself: outsourcing revenues declined 7% to $2.2 billion.

These figures were, the company said, a little exaggerated by the effects of currency fluctuations, but the underlying trend was nevertheless clear.

Perhaps surprisingly, it was not Accenture’s financial services division that saw revenues fall the furthest; that honour went to the Communications & Hi-Tech vertical, where revenues fell 21% to $1.1 billion.

Less surprising was the fact that Public Services was the only industry segment for which revenues grew – up 6% to $776 million. Unfortunately for Accenture, it is also its smallest.

Meanwhile, net income for the quarter fell by 40% to $254 million. The company’s profitability, it said, was gravely impacted by a restructuring charge of $253 million.

But as befits a company whose business is to tell others how to run theirs, Accenture did manage to improve its gross margin (‘gross profit as a percentage of net revenues’) from 31.7% a year ago to 32.3%. This resulted from improved efficiencies in its outsourcing operations, the company said.

“We remain focused on operational discipline and superior execution to ensure that we continue to deliver value to our clients and shareholders,” said Accenture CEO William D Green in a press statement. “Importantly, this has allowed us to take proactive steps – including refreshing our core business and investing in new high-growth areas – that have positioned us very well for the upturn.”

Another services company suffering in the downturn – albeit rather less so – is Indian IT outsourcing provider Infosys. The company’s second-quarter revenues, it revealed in October, fell 5% year-on-year to $1.2 billion. Net income fell by just under 1% year-on-year to $317 million.

Revenues for the company’s financial services practice – which include sales of its Finacle banking application – grew by 3% year-on-year to $1.8 billion. That was explained in part by the surge of systems integration work that has been generated by the radical reshaping of that industry. “We have made some good strides and progress on work in M&A-related deals,” said Ashok Vemuri, the head of Infosys’s banking and capital markets division.

Also, having been the main source of their woe for the past year, it is reasonable to expect IT outsourcing providers now to start reporting upwards growth in financial services revenues, as year-on-year comparisons track back to the truly disastrous final months of 2008.

However, the improvement in financial services was balanced by declines in its manufacturing and telecommunications industry sales.

Infosys drew attention to the fact that revenues had grown 2.8% compared with the immediately preceding quarter. However, expectations for the future were muted.

“We’re seeing customers being very cautious, which I think is understandable given the environment,” said Infosys’s chief operating officer SD Shibulal in a conference call with investment analysts. “Even though they have money, we believe that customers will keep it.”

Confounding the perception that services are the most profitable line of business in which to operate was database, middleware and applications vendor Oracle. The company, which has acquired its way into almost every corner of the IT industry except services, grew its net income by 4% to $1.1 billion during the first quarter of the present financial year, despite the fact that revenues fell 5% year-on-year to $5.1 billion.

The improved margin was due mainly to the fact that support fees and contract renewals – cheaper revenue to earn than new sales – represented a greater proportion of total revenues than usual, said Oracle president and CFO Safra Catz in a conference call to investment analysts.

But as that suggests, new licence sales – a lead indicator for future support revenue – fell sharply during the quarter, down 17% to $1 billion.

One particular trouble spot for Oracle was its European database and middleware division sales, which fell by a third to $224 million. Ingeniously, the company blamed this decline – in part at least – on rival applications maker SAP. A decline in sales for the German company is depressing demand for Oracle databases on which to run its applications, Oracle said.

When asked how the company is reacting to the postponement of its proposed acquisition of Sun Microsystems, pending EC anti-trust approval, Catz said, “We continue to do integration planning.” But for the meantime, she added, Oracle is exploring avenues of integration – such as the combined Oracle/Sun database appliance announced this month – that “we can do together at arm’s length”.