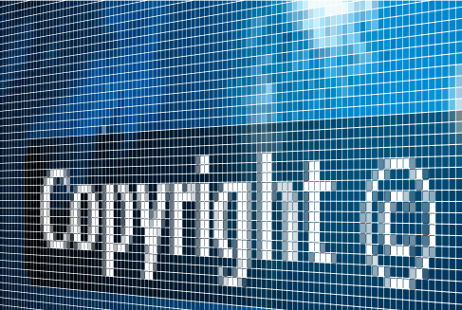 It is not often intellectual property legislation fires up public debate, but that is exactly what is happening in France as the country’s parliament looks at drafting new legislation governing copyright.

Intense lobbying by the media sector has resulted in the so-called ‘Vivendi’ provision. This would make it illegal to supply or promote any system (including software) “obviously intended to allow the unlawful distribution of copyright works”. As a result, file-sharing providers could face criminal prosecution (maximum e300,000 fine and/or three years imprisonment) as well as being sued by rights-owners – most likely film and music companies.

Despite strong lobbying by software providers, who argue they cannot be liable for users they cannot control, this amendment is likely to become law, because the legislation is on a fast-track procedure, which cuts down the time for parliamentary debate.

The bill also closes what content owners regard as an anomaly in French law: The courts have held that downloading files without the rights-owner’s consent is not an infringement in France, as it falls within the wide ‘private copy’ exception, but uploading (making files available for other users to download) without consent is an infringement. Under the draft bill, users who download would risk infringing and being subject to monetary compensation.

"Criminialising P2P has not been the only point of controversy"

Criminalising peer-to-peer providers (of which there are no big names based in France) has not been the only point of controversy. Debate has also raged as to how to reconcile the wide rights to make ‘private copies’ exception which French law gives to buyers of music and film, on the one hand, and the prohibition (required by the Directive) of circumventing digital rights management (DRM) technologies on the other. DRM technologies, of course, seek to prevent any further copying of content.

The two are on a collision course – and it is not clear how the issue will be dealt with. The issue is a hot topic in France after the Supreme Court decided in May 2006 in the ‘Mulholland Drive’ case that consumers have no right to make private copies of DVDs. A final decision in that case should be shortly granted by a Court of Appeal.

As things stand, the content owners have come out on top.

Meanwhile, in the US, the Metro Goldwyn Mayer suit against the com-panies behind the Grokster, Kazaa and Morpheus file-sharing networks rumbles on in a Los Angeles court. The lower courts and the Appeal Court in the US struck out MGM’s claim that Grokster and StreamCast were liable for illegal downloads by their users, on the ground that neither network exercised any control over their users and so were not liable under US law.

It is important to note that the Supreme Court did not decide that Grokster et al actually did anything wrong, as that was not the issue they were looking at. The hearing was about whether, as a matter of legal principle, a software provider of technology which can be used legally (eg to share personal photos, open source software, etc) is ever liable for what its users get up to where they choose to use it for illegal purposes (eg downloading mp3 music files without consent).

The Supreme Court decided that a peer-to-peer provider can be liable where it actively encourages users to infringe intellectual property rights,

but sent the question about whether Grokster et al were actually liable back to the district court in Los Angeles. The decision was the last straw for Grokster: it signed a $50 million settlement with the movie and music industries, and has announced plans to launch a legitimate download service, Grokster 3G, (as yet unlaunched).

Of most concern to technology companies in the area, is the relevance the Supreme Court attached in assessing “inducement” of (a) the lack of any attempt to introduce filtering mechanisms to reduce illegal downloads, and (b) the desire of the companies to achieve high-volume use (which in the Court’s view inevitably means a desire

to seek infringing users). These factors leave the door open for many file-sharing and peer-to-peer companies to be sued in the US, but where the line will be drawn is hard to predict.

The court's decision may or may not make things clearer!