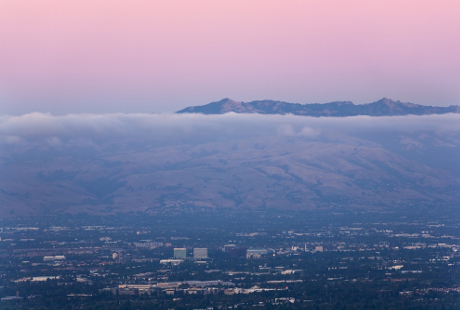 Back in 2009, Standard Chartered Bank decided that Apple's iPhone would be a key platform for both employee use and customer engagement.

But it had some concerns about device security and application development, and wanted to collaborate with Apple itself.

The global bank therefore set up a development office in Silicon Valley, called SC Studios, not far from Apple's headquarters.

"We worked with Apple to resolve a couple of issues around security and connecting to [Microsoft's email platform] Exchange," recalls Peter Walker, group head of technology architecture at Standard Chartered.

The exercise proved fruitful. Having resolved those issues, Standard Chartered chose to replace its employee BlackBerrys with iPhones, which are now used by around 18,000 employees.

Since then, SC Studios has become Standard Chartered interface with Silicon Valley's community of technology innovators and venture capitalists. The facility employs around 30 designer, technologist and project managers, mostly on a contract basis, to identify and develop ideas that could be useful to the bank.

"The team there is managing relationships with vendors, keeping an eye on which start-ups the VCs are looking at, and identifying which technologies would make sense for us to look at more seriously," says Walker.

In particular, Standard Chartered is keen to identified technologies that will promote greater collaboration and productivity in its workforce.

"We've put together a picture of how different people in the bank will be working in three years' time," explains Walker. "Right now, everybody gets a standard laptop, and some of them get an iPhone.

"We see a very different model in a couple of years' time where there's a lot more collaboration, a lot more productivity, a lot more technology-facilitated networking around the globe that will allow us to leverage our presence in 80 countries."

"When I look at my ten-year-old daughter, every day she uses Skype to talk to one friend in Singapore, another in Australia, and another one in Thailand," Walker says. "She's collaborating globally and she's ten years old.

"Some of use older people have a lot to learn about how we can use these ideas to promote collaboration and productivity."

Indeed, educating some of the senior executives at the bank has become one of SC Studios' key benefits.

"Three years, we put innovation and digitisation right at the top level of the bank's strategy. I think a lot of the senior executives were saying, "How do I get myself educating so I know what I'm talking about?"

"Just recently, we've started using it as a way to educate executives about what's happening in that world," Walker explains.

"It has became a focal point for a number of senior executives who can visit Silicon Valley, meet some of the vendors that SC Studios are talking with, and really get a sense of where this whole innovation, digitisation, big data journey is going.

"It seems to be working very well," he adds. "It's generated a lot of interest in the last few weeks."

Standard Chartered is apparently using the glamour and buzz that surrounds the tech start-up scene to engage its senior executives in digital technology.

Not everyone can set up their own development studio in the Valley, of course, but there are opportunities closer to home that would allow IT leaders to mimic that strategy.