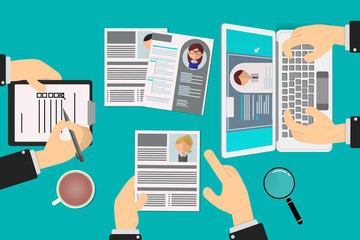 Datacentre IT skill shortages are expected to intensify with an ageing work pool, as well as an overwhelming male domination of the sector. Part of the problem is the fact that very few people set out to work in data centres, and that nobody is really taught enough about them. In ‘STEMming the tide of data centre skills shortages’, data centre services company Future-Tech cites Peter Hannaford, the founder of specialist recruitment company Datacenter People, who thinks “the general unawareness of the industry and its significance doesn’t help the challenge” of recruiting suitably skilled people.

He says: “Datacentres are not a topic that are taught in schools and it’s not often something that is a career choice. Around 90% of the population hasn’t got a clue where data is stored. They know about the cloud, but they don’t have an idea that the data resides in a building somewhere.”

GDPR, digital transformation, cloud, artificial intelligence (AI), machine learning (ML), the Internet of Things (IoT) and Fintech have created shortages across the whole IT spectrum: from developers to system administration.

The skills shortage: The main barrier to digital transformation in large enterprises?

In fact, most STEM ‘Engineering’ functions are now suffering staff shortages and recruitment difficulties. Why? Because of the pull of the City, with its need for personnel with mathematics skills and with the high wages on offer. These factors have enticed many away from industry, which is quite understandable. With the increase in tuition fees and the salary prospects for IT and engineering graduates, many could not see themselves clearing their debt for many years. So, the lure of the high salaries elsewhere posed the question about why they would want to seek a role in the industry. However, as with many aspects of life, things go in circles, and we are beginning to see a change.

However, Future-Tech adds: “According to recent data from STEM Learning (Science, Technology, Engineering and Maths), skills shortages cost related businesses £1.5 billion per year. To put that number into perspective, there is currently an estimated shortfall of 173,000 skilled workers annually across STEM industries, including data centre and IT engineering.”

STEM Learning predicts that the number of roles that will need to be filled with double every decade. Future-Tech adds, citing a recent STEM Learning survey: “The organisation spoke to HR directors at 400 STEM businesses in the UK. Overall, feedback revealed that recruitment is taking longer than expected, they are having to spend more on temporary staff, hiring at a lower level and training staff up, or even inflating salaries to attract talent.”

In response to these findings Yvonne Baker, chief executive of STEM Learning, commented: “These figures act as a wake-up call – but the good news is that by acting now, businesses can make a difference and help future-proof the UK economy.” This means that science, technology, engineering and maths (STEM) must take centre stage in education to ensure that datacentres and the IT industry as a whole can grow the skills and talent they need now and in the future.

To address the current difficulty in recruiting skilled people, STEM also has to produce people that can develop hybrid IT skills, which are much needed in the IT industry. This is about the need to have expertise in managing service level agreements (SLAs) for off-premise workloads and software skills for the adoption of software-defined technologies; Yet, fewer men and women are entering the field of Information Communications Technology (ICT).

The problem is that the normal five to six year period it takes to feed skilled IT professionals into the market relies on a consistent flow of entrants to maintain it. Those normally attracted to technical subjects have been reluctant to take on the higher level of debt burden required to pay for the education and training. As a result, the trainee conveyor has thus stalled.

Gartner says only 20% of employees have the skills needed for both their current role and their future career. Read here

As an employer, it’s always beneficial if a new employee hits the ground running, but such is the demand for skilled staff that many firms cannot afford the competing salaries that the City is willing to pay. This means that many organisations are looking to other longer-term initiatives through high-level apprenticeships in STEM subjects to resolve the skills shortage. There is also a need to address the effects and myths of the latest hype cycles.

Organisations today find themselves in yet another hype cycle, where the publicity surrounding Deep Mind and IBM’s Watson has created a myth around AI and or ML. Despite this, organisations still find themselves just as they were in the last set of hype cycles – being heavily marketed with the messages to fully embrace artificial intelligence and machine learning or be left behind. However, just like the last hype cycle, not all processes lend themselves to AI and ML.

Are people sufficiently skilled in AI and ML? Well, this question brings us the next factor: while most IT graduates will have had AI included in their education, they are still a long way from using it in anger. This means there is a dearth of personnel out there with in-depth skills. So, once again we will go through the cycle of everyone educating and upskilling themselves, but only for there to be an oversupply in the not too distant future before the next hype cycle begins.

So, what role can people with AI and ML skills play to fill the skills shortages, and what role can AI itself play in helping to alleviate them? Well, there are many tasks within IT that are repetitive and, quite frankly, are a waste of a skilled person’s time. From this perspective, the shortage of IT skills in the market should be ripe for applying ML too. One example is the classification of storage tiers, which could help to define migration policies. Just think of the time taken going through storage silos and looking for archive candidates – especially those taking up capacity on SSDs.

Should companies be investing in ‘recruiting’ human resources more than artificial intelligence, or should there be a balance between the two? Many employees complain that they are wasting their skill sets on mundane tasks, and they are right when ML can alleviate some of that burden. However, that doesn’t mean we can replace everything with machine learning. Humans are still critical to get that thinking outside of the box. A word of caution though: to get the best out of any tool, the user has got to want to use it. This, therefore, requires organisations to recruit candidates who are keen to use artificial intelligence and ML to improve their own and their organisation’s efficiency.

Innovating new business models and maximising revenue and profits should be the next set of priorities for data analytics, according to Infosys. Read here

Beyond this, having apprentices is an invaluable way to recruit and grow talent. As part of its own STEM initiative, Bridgeworks, is working with Brockenhurst College, Bournemouth College and Poole College. Recently, they presented 27 high achieving STEM students from Brockenhurst College with Gold and Silver awards, with £100 for the Gold award and £50 for the Silver award. Some special guests at the award ceremony also launched the Greenwood Bursary to help students facing financial hardship with paying their tuition fees.

Assistant Principal Ann Johnson applauded the bursary: “As well as extending my congratulations to the students who won awards, …we were absolutely delighted to announce the Greenwood Bursary.” It will inevitably help the students who received the bursary to attract future employers by allowing them to complete their studies. Such schemes may also help companies to find the right recruits.

Despite the skills gaps that exist and the difficulty in recruiting talent, it’s also pleasing to see that the UK government and education system have got together to tackle the problem with apprenticeships. Incremental education, while being employed with apprenticeships that have real meaning and depth, are attractive to both employers and employees. So why am I so enthusiastic about these new apprenticeships? Well, it opens up the pool of potential employees.

Not all people develop at the same pace and age. Currently, the education system is biased towards a continuous set of sequential steps from primary school all the way to university and out the other side. For those that are late developers and those who step outside for economic reasons, it is difficult to step back. Yet, by offering apprenticeships, employers can have a greater influence on the development of the employee skills sets. But let’s not forget the benefits for the apprentice, they get to continue their education whilst earning a salary and with no debt at the end! They can also be used to embrace a human workforce, as well as one that benefits from the use of AI and ML.

Research has revealed that 89% of STEM businesses (science, technology, engineering and maths) have found it difficult to hire staff with the required skills in the last 12 months, with companies now having an average of 10 unfilled posts

Written by David Trossell, CEO and CTO of Bridgeworks