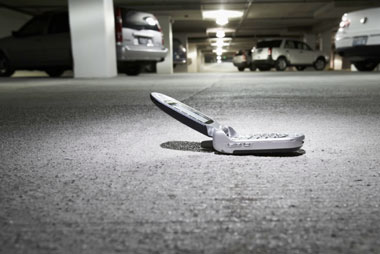 Smartphone users are over twice as likely to lose a work device than a personal device, a survey has revealed.

In disturbing news to IT managers, 27% of smartphone users reported having up to three work devices lost or stolen, compared to only 11% losing their personal phone.

The survey of 2,500 UK adults was conducted by Vision Critical and Trend Micro, which attributed the results to a “culture of carelessness” in people’s attitudes to work devices.

Further results of the study will ring sweetly in the ears of an growing army of cybercriminals looking to infiltrate a company’s data through an employee’s work device.

Despite 31% using Wi-Fi hotspots regularly, 56% admitted to never or rarely checking security levels before using them.

Furthermore, a quarter of people who only use their device for work revealed they had emailed sensitive data to the wrong person.

And while 63% admitted using the same passwords or similar variations for all their electric logins, 57% said they do not use a password lock on their smartphone at all.

Almost half (44%) said they are more concerned about losing personal content, such as photos and banking details, than worrying about enabling cybercriminals to access sensitive business data.

A mere 3% of respondents were concerned about the theft of corporate data.

“The survey shows a worrying attitude of carelessness towards work devices and an ignorance of the full impact of losing data without the correct security measures being put in place,” said Rik Ferguson, global VP of security research at Trend Micro.

“Employees should take the same amount of care with their work device as they do with their personal ones, and be made fully aware of the procedures and risks before a device is given to them.”