Social networking within the enterprise 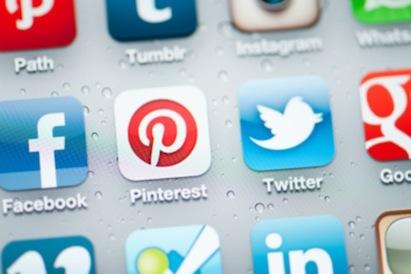 The power of information technology to document and explain the world is appreciated by most businesses. But there is a near-universal perception that such power is limited to areas that have a numerical basis – revenue forecasts, inventory levels, efficiency benchmarks.

Beyond providing a medium for communication, computers have not traditionally contributed to the more social aspects of business management.

That means that the greater part of an organisation’s knowledge, its structure and organisation and the softer elements of its performance exist outside the realm of IT.

But a new field of technology – one already glaringly conspicuous in the consumer realm – is beginning to challenge that perception: social computing.

Where traditional IT has provided insight, manageability and efficiencies in areas such as accounting and supply chain, corporate social computing promises to do the same for the (largely invisible, but very real) social structure of an organisation.

Putting the I in IT

The development that has established social computing as a legitimate field of IT – despite contradicting most people’s instincts about IT’s role in business culture – has been the phenomenal rise of networking sites such as MySpace and Facebook.

These systems may appear to be an irritating teenage fad or workplace productivity killer, but the level of engagement users have with them, the ease with which information is shared and the sense of community among often-geographically disparate individuals reveals that social networking sites succeed where countless enterprise knowledge management and collaboration projects have failed.

IT directors that have struggled unsuccessfully to persuade users to adopt a groupware system may look on aghast at the number of hours some employees are happy to spend using Facebook – a relatively unflashy site that might put some in mind of a content management system.

Indeed, many of the companies that are exploiting social networks for internal corporate purposes have done so after realising that it was impossible to stop employees using them, says David Lavenda, strategy vice president for Worklight, a software company specialising in safe online consumer services for corporate use.

Social networks all carry the common characteristic of giving each user a profile page, upon which they may define themselves by age, location, interests, friendships and so on. It is arguably this identity-centric model of content management that is the key breakthrough.

Knowledge management systems (of which social networking sites are actually an example) organise content around document definitions or business processes. In their historical guise they have suffered from several drawbacks: capturing corporate knowledge and populating such systems has been a significant challenge, while users have often struggled to navigate their way through the knowledge base.

A system built around individuals with content supplied by them not only mirrors the way most people think about their organisations, but it provides users with an opportunity to define their personal and professional roles within the organisation. This provides a powerful psychological incentive to engage with the system.

It also makes these individuals easy to track down. Allowing employees to find colleagues with certain experience and know-how and letting them communicate directly is an efficient way of promoting knowledge transfer, unlike forcing employees to dump their knowledge into a repository, tagging each piece as they do so. In the social networking paradigm, when employees contact a domain expert for advice or information, their interactions are then available for everyone to read in future.

The ‘low-hanging fruit’ of social computing is in the realm of knowledge sharing. For the next generation of employees, the social network is the most accessible and practical way of systematising knowledge transfer as outlined above. Companies such as IBM and US electronics retail giant Best Buy have seen astonishing payback from the adoption of social networking (see ‘BlueShirt Nation’ box below).

Of course, no software project ever received funding on the promise of something as ethereal as a ‘sense of community’. But that does not mean that such ‘soft’ benefits cannot form the basis of a business case for social software, explains Carol Rozwell of analyst company Gartner.

“Trying to calculate a return on investment on projects such as this is a fool’s errand,” she says. “But it is necessary to make the business benefit clear from the outset.”

Rozwell uses the example of an employee joining a global sales force. A system that allows them to communicate with senior colleagues and grants them a sense of connection to the sales team will have a very real impact on their performance.

In time, however, the killer application of social computing may derive from the emerging field of social network analysis, says Rozwell.

Most businesses have an organisational chart tracing the lines of authority from the top to the bottom. While this might prove to be a useful document for settling arguments, to view these charts as a comprehensive depiction of the true structure of the organisation is outmoded.

Charles Armstrong is the CEO of Trampoline Systems. The former ethnographer set up the social computing company two years ago on the premise that social software would revolutionise the way corporations are run. For him, the top-down model of the enterprise is giving way to something more complex.

“As corporations become more reliant on outsourcing partners, they become much more complex organisms, with parties outside the firewall becoming just as crucial to business success as those inside,” he says.

Trampoline Systems’ technology uses data mining techniques to build a map of how employees interact, both internally and with outside providers. Armstrong claims that the company’s newly launched FlightDeck product can map the social links through which an organisation operates.

This is most useful when organisations merge. “When you are trying to weld two large organisations together, you often rely on anecdotal evidence about how each company operates,” Armstrong observes.

Given the short time management has in which to persuade staff that integrating will be a positive thing, it is of paramount importance to combine the two structures effectively. Looking at the social ‘graph’ of each organisation allows for an analytical approach, argues Armstrong.

This new field of ‘social intelligence’ is still young and relatively untested. But the fact that there is now at least a methodology for introducing sophisticated analysis into the otherwise impenetrable realm of social interaction is a significant development.

“Success for business today depends on factors that relate to the human organisation: collaboration, innovation, problem solving,” says Armstrong. Through social computing, IT can bring rationality and rigour to that domain, while simultaneously providing the tools for community to flourish.

One of the most sophisticated internal deployments of social networking-style software is evident at US electronics retailer Best Buy. With a young workforce dotted all around the country, the company was an ideal candidate for this kind of social knowledge sharing. But it was not the original business goal of the BlueShirt Nation internal social network project when it began in 2006.

“We felt like we weren’t getting the feedback to do killer advertising,” recalls Gary Koelling, an internal advertising executive and one of the two men behind the project.

They hoped the BlueShirt Nation network – named after the employee’s uniform and built on the open-source content management platform Drupal – would provide all manner of insights to inform future campaigns. “Unfortunately, that did not happen at all,” he says.

What did happen, however, was rapid adoption – 20,000 employees are registered on the site, roughly a seventh of the total workforce – and unexpected levels of cross-organisational communication. A cashier in Utah now had the means to contact someone in a similar role in Texas without having had a formal introduction.

Having analysed the content of this communication, Koelling says that around a quarter of the conversation is direct knowledge exchange between employees at different stores.

But the benefits are not limited to this knowledge exchange. For one thing, it provides staff with a safe ground on which to communicate with executives; the CEO is a regular contributor. “This has had a tremendous flattening effect on the organisation,” says Koelling.

Perhaps most significantly, BlueShirt Nation has also made Best Buy a more communicative organisation. This has improved “the employees’ sense of engagement, collaboration, innovation: everything that goes along with communication,” says Koelling. So many new ideas for merchandise were being suggested on the site, for example, that a specific system that links to the social network has been built where members submit ideas and bid for funding.

What BlueShirt Nation certainly is not is a formal project management system. Firstly, the company already has such systems in place. But Koelling adds that the social network would not make a suitable analogue because BlueShirt Nation’s success depends on the employees’ perception that it is a forum that they control, not a work tool that they are forced to use.

Best Buy found that, while practical knowledge sharing is one of the more tangible benefits of internal social networking, the interaction and sense of community that developed on BlueShirt Nation has been no less beneficial to the organisation.