How to solve the danger of the drone 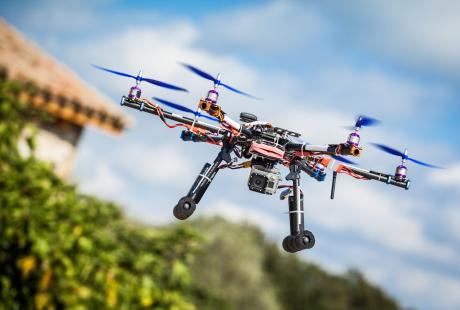 This year has seen a surge in commercial and governmental plans for drone application.

The US government announced its plan this month to utilise drone technology to establish evolved geographical information systems, while Amazon and Google are in late testing phases for delivery.

With increased access to drone technology, however, comes its own perils and challenges.

This can come in many forms, as was most recently seen by two drones’ criminal implication at Pentonville Prison in London.

It is suspected that the cargo was to be dropped into the prison, fuelling criminal activity within it.

In another incident a drone was spotted flying alongside a passenger aircraft earlier this month near Newquay airport.

As drone technology becomes more accessible and visible in the public sphere, so to will these potentially life-threatening occurrences of drone misuse; either criminally, or recreationally.

Earlier this year the US government announced plans to draw up new legislation to tackle this issue.

This new legislation would require new tech to neutralise rogue drones flying too close to airports and other important infrastructures.

Start ups and other business are likely to take notice in an attempt to design this anti-drone tech.

Apollo Shield is such a company, and it has recently launched an anti-drone system that detects drones flying where they’re not authorised or wanted, and forces them to fly home.

The system uses a ground unit that contains a radio and antennae that scans the area for drones.

The technology allows the user to intercept a drone, and can command it to return home.

Co-founders Nimo Shkedy (CEO) and Gilad Beeri (CTO) said Apollo Shield is akin to an “anti-virus for the sky”.

As drone-use becomes increasingly conventional, anti-drone technology will have to become a prevalent security measure for private and commercial businesses.