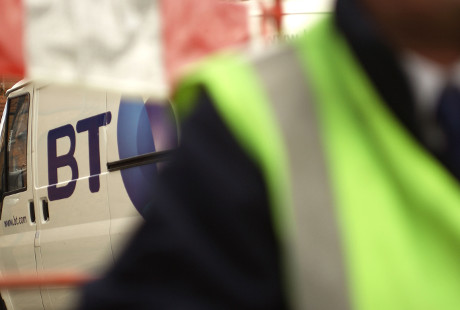 The National Audit Office is preparing to publish a "deeply critical" report on the government's rural broadband scheme, according to a report in the Financial Times.

The report will argue that the bidding process for the Broadband Deilvery UK programme, in which the government pledged to invest £1 billion in rural broadband rollouts, unfairly favoured telco giant BT.

BT is now the only supplier left in the scheme, after all rival suppliers dropped out of the bidding.

The NAO's report on BDUK will describe the programme as a "train crash waiting to happen", a source told the FT yesterday.

Culture secretary Maria Miller is due to give an update on the progress of the rural rollout to the Cabinet on Tuesday, and is expected to answer questions on whether BDUK will deliver its promises by 2015.

The FT's source described Miller as "close to apoplectic," and said she is meeting BT CEO Ian Livingstone every week for progress reports.

The report echoes complaints from rival telcos. When Fujitsu pulled out of the scheme earlier this year, it said that "various conditions surrounding the BDUK process, which we have discussed with the DCMS, effectively rule Fujitsu out of the competition for new areas.

BT's position in the BDUK scheme has been controversial since the start. In 2011, Fujitsu, Virgin Media, TalkTalk, Geo and Vtesse Networks threatened to boycott the programme. "We are unanimous in the belief that the BDUK competitive procurement process will lack a credible alternative to BT," they wrote in a communications minister Ed Vaizey.

In 2012, a leaked internal document from the Department of Culture, Media and Sport appeared to show that BT was planning to inflate prices for its network infrastructure services for the BDUK scheme by as much as 80%. BT firmly denied this.