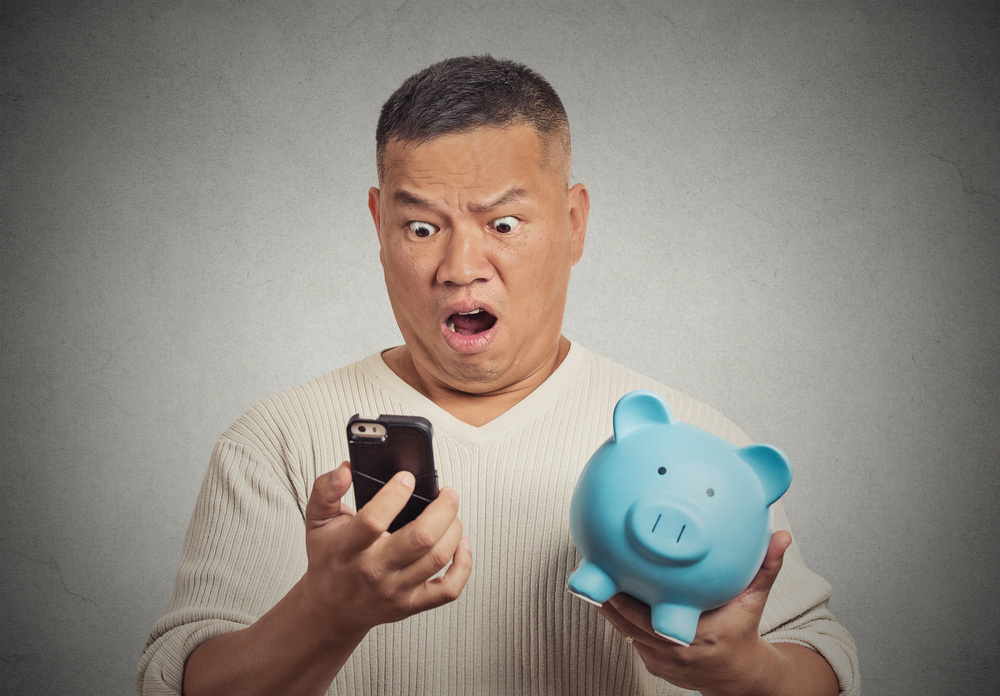 The flexible working dream is supposed to mean more efficiency and reduced costs- but total Cost of Ownership (TCO) for enterprise mobility is 103% more than commonly expected, costing British businesses £13.2 billion per annum, according to the results of a new study.

The report, by mobile data management company Wandera, revealed that average enterprise mobile TCO was £1,272 per device per annum in 2015.

> See also: An inconvenient truth: nothing can stop the rising cost of mobile

The largest companies had a 35% higher mobile device TCO than small companies, mainly caused by their greater spend on management platforms such as EMM, customer app building, says the study – but also their greater propensity to suffer 'bill shock'.

Bill shock – additional unexpected charges for exceeding carrier plans or roaming charges etc – accounted for 14% of the average TCO, but for the largest companies, it reached an average of £279 per device per annum.

'For years, most enterprises have considered TCO to be simply made up of the cost of the device plus the carrier charges,' said Eldar Tuvey, CEO of Wandera. 'But this is frankly a naive view. In fact, the ‘real’ TCO is twice as much as commonly expected. In the UK, approximately £644 per device of annual costs for services, security and IT are not being taken into account when calculating the TCO of enterprise mobility.'

While the TCO is higher than most businesses think, there is good news, says Wandera, in that 58% of the TCO is ‘controllable.'

'As the number of enterprise devices grows, so will the associated costs and risks,' added Tuvey. 'Visibility, education, security best practice and effective data cost management are the only ways to defend against your mobility budget leaking away.'

The survey also showed that 18% of respondents reported suffering at least one security breach via a mobile device in the last 12 months, with an average ‘clean-up cost’ of £167,000.

According to the survey, the cost of remedying a security breach is on average more than three times the amount being spent on prevention. The average spend on mobile security software per device per annum is just £32, compared to an average £104 to ‘clean up’ the breach.

The greatest proportion of those companies who suffered a breach (20%) reported that remedying the damage caused by these breaches had cost their companies between £25,000 to £100,000 over the last 12 months. A further 10% reported remediation expenses of more than £500,000.