Spring Statement 2022: what it means for the UK tech sector 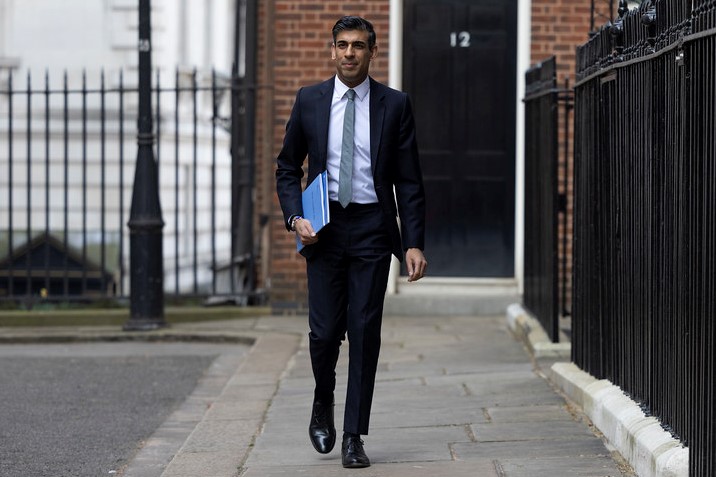 Today’s Spring Statement covered cuts to fuel duty, in the wake of rising petrol prices, a reform to R&D tax, and a planned revisit of the apprenticeship levy. In this article, we gauge how the tech sector will be impacted by the measures.

With the Government looking to invest further in skills and training, including a review of the apprenticeship levy, today’s Summer Statement showed strong focus on continuing to close the digital skills gap in the country.

“This is a Spring Statement that is laser focused on the future of the UK economy. By stepping up its investment in skills and training, the government is providing vital assistance to drive innovation across UK businesses in the years ahead,” said Hannah Birch, Europe managing director at managed services provider Ensono.

“As we continue to experience an ongoing talent shortage – particularly in the tech sector – better training and skills opportunities will build a stronger talent pipeline, helping to alleviate the skills shortage in the long term.

“As part of this investment in skills, it’s great to see the government take steps to encourage more organisations to launch apprenticeship schemes, streamlining the process as much as possible. As an alternative to university education, apprenticeships broaden the number of possible educational paths into different sectors, enabling a wider pool of candidates to pursue their chosen career.”

From 6pm today, fuel duty will be cut by 5% until March 2023, according to the statement.

In response, Alistair Baxter, head of receivables finance at financial technology business Taulia, stated that the measure will positively impact supply chains across the country. However, he believes chief financial officers (CFOs) in the tech sector will still need to consider environmental impacts.

“We welcome the Chancellor’s move today to cut fuel duty. This is the largest cut to fuel duty ever and recognises the challenging economic outlook that Britain faces in the coming months,” said Baxter.

“We expect that these cuts will help facilitate trade and ease some of the burdens facing supply chains in Britain. However, we should make no mistake that this will not fix all of the issues facing CFOs.

“The ongoing energy crisis coupled with the fact inflation is set to hit 8% later this year will force CFOs to think strategically about supply networks and about embracing a more greener way of transporting goods, including freight and electric vehicles.”

£39.8 billion was recently confirmed for the research and development (R&D) budget as part of the Government’s Innovation Strategy. Along with this, and a cut in fuel duty, a tax reform was announced today for R&D, with cuts planned by the end of the current parliament. This will entail extension to data science, cloud computing.

In addition, Chancellor Sunak announced a decision to be made in Autumn 2022, on whether the R&D expenditure can be made more generous.

“The reforms to the R&D tax credit scheme Sunak will announce today will have a bigger impact on the UK’s R&D landscape than any of the Government’s other initiatives to become a ‘science superpower’. Reform is definitely welcome since the scheme is 20 years old and hasn’t had any substantial changes for years, but it has to be done right,” commented Njy Rios, partner for R&D incentives at business consultancy Ayming.

“Recent comments suggest the Government is nervous of the scheme’s cost projections and may pivot the scheme towards big companies over SMEs. Judging by recent comments from Sunak, they might be drawing conclusions too rapidly. Not only is the data they have used to justify that the SME scheme is not generating enough investment very old (2017), but the Government should not be too concerned about comparing investment in other regions.

“Of course, fraudulent claims are a valid concern, as identified as a problem in HMRC’s annual report. Such claims do, however, make up a small minority, and it would be disproportionate to change the schemes at the expense of those using the scheme legitimately. The high-quality R&D of most applicants should not be overshadowed by some unscrupulous players.

“The R&D tax credit system may not be perfect, and it may not deliver the investment the Government hopes for in comparison to other OECD countries, but we know it makes a huge difference to our SME clients, who are more dependent on the scheme than large companies. It can make the difference between hiring someone for R&D or not, given that many SMEs use their R&D credit specifically to hire new personnel for future R&D.”

Chancellor Sunak also announced an increase of the National Insurance threshold by £3000. With tech talent across the country increasingly opting to go solo as an innovative entrepreneur or independent contractor, this could provide a welcome boost for the self-employed, as well as small business owners.

“The cost of living crisis called for bold measures and so a £3000 rise in the national insurance threshold was a welcome and dare I say it, surprising development,” said Seb Maley, CEO of insurance consultants Qdos.

“It’s also one that will ease the pressure of rising costs for all self-employed workers, whether sole traders or limited company contractors.

“Having been hit hard by recent tax reforms, relieving at least some of the recent tax burden will come as a relief to small business owners who were likely fearing the worst.”