Skip to content
Home » Topics » Software and Applications » SQL Server 2005 end-of-life: how to plan for the future

SQL Server 2005 end-of-life: how to plan for the future 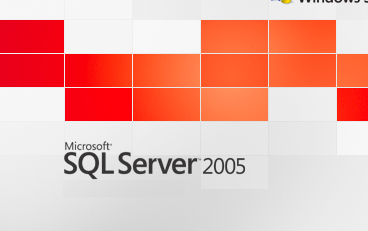 SQL Server 2005 has under a year until it reaches end-of-life status, where there will be no further updates for security purposes and no official support available from Microsoft.

Meanwhile, IT is also dealing with similar challenges surrounding Windows Server 2003 end-of-life, which ends this year. All these questions can lead to a kind of paralysis for IT, while the impact of all these changes is considered and the fear of change is dealt with.

Companies must focus on how to keep the business productive and establish new infrastructure platforms quickly and efficiently. For CIOs, the decision here is how to best cope with their migration challenges and continue delivering service.

For IT and infrastructure professionals, the considerations are more around what options they have to migrate over to a newer platform in ways that are cost-effective and with the least risk for the organisation.

What are the options?

SQL Server is responsible for storing data for applications, making it available to the business to use. It has been powering applications for more than a decade, and can continue to do so while it is unsupported.

The biggest issue is that lack of support increases the risk of security holes, making migration a necessary task in the long run. Organisations in the financial services sector are even mandated to have support as part of their business continuity and data protection plans, making migration planning urgent for compliance.

>See also: How to decide whether to update a system that is ending support

There are three options for migration: moving to newer versions of SQL Server, adopting a cloud-based Microsoft SQL platform, or considering a different platform altogether.

Each of these options has their own strengths, and carrying out the migration requires a plan that assesses the best option for the company.

The first option – migrating to later versions of SQL Server – can be the easiest to consider. Upgrading the database server can be done in place if resources are limited, or can be implemented alongside an existing set-up. This can also be done alongside an OS implementation if an older version of Windows is currently being used.

Newer versions of SQL Server can offer much higher levels of performance compared to older ones, which can help to justify the cost of the move when the end of life issue is not enough rationale for migration on its own. Just as importantly, the team should be familiar with how this implementation will operate and be supported over time.

Migrating to the cloud

The second option – migrating to the cloud – requires a different approach compared to running systems on site. However, it does remove a lot of the challenges around running systems side by side or having to think about the underlying infrastructure. Microsoft Azure can support SQL Server instances that can be scaled up as needed, while the back-end servers and storage are managed for the user.

For some, cloud services are still too nascent to be considered for their infrastructure – others may view cloud services like Azure as being fit for purpose. The biggest challenge here is more around operating procedures and how the IT organisation will handle this in the future, rather than the technology itself.

The third option requires more changes. Information and business logic that has been built up within SQL Server 2005 can be replicated to the new database, but this requires much more thinking around use of ETL (Extract-Transform-Load) and planning for the migration.

There are plenty of relational database platforms available that can be used to replace SQL Server 2005. The decision to switch over to a new platform does carry more potential risk compared to sticking with the same vendor – however, this can be mitigated through the right business continuity planning approach.

Whichever solution a business decides on, the role of planning will be essential to make migration smooth and efficient.

If possible, it is best to consider a ‘side-by-side’ implementation where the new SQL Server or database platform can run in parallel with the existing SQL Server solution.

This has two benefits. Firstly, the implementation can be tested to show that the new set-up is able to provide all the functionality and support that the business is used to from its current service. Secondly, and more importantly, the user can return back to the previous implementation in the event of something going wrong or any unforeseen challenges coming up.

The main component of any migration will be how to get the data out of the existing database and into the new server instance. ETL can help ensure this is achieved more easily, particularly if the set-up is going to be changed at all around how the data is going to be managed over time.

At the same time, the applications themselves can be important to the business, so securing a window for the application to be down can be very different.

One approach that can save time here is to use replication. This can move data from the current production system over to the new database server without requiring that production server to be taken down. This cuts the window of downtime involved in any migration.

For around two thirds of IT projects, it is this risk of downtime that prevents implementations from going ahead on time. After all, if nothing is changed, nothing can go wrong.

However, this mindset is damaging and ultimately slows down the process with no benefit to the business. Lack of time, lack of skills or fears about downtime can slow down or stop successful migrations from being carried out even when there are bulletproof business continuity plans in place. For IT professionals, this can be immensely frustrating and lead to further costs for extended support and overtime.

For SQL Server 2005 migrations, there are lessons that can be learnt from previous large-scale migrations – like the end of Windows XP and Windows Server 2003.

The most important thing to bear in mind is that downtime can be reduced considerably through the right planning. In the end, the biggest fear around migration can be fear itself.