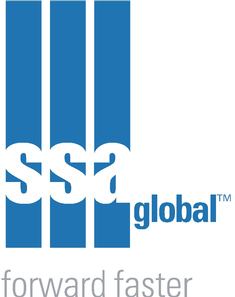 Enterprise resource planning (ERP) software company SSA Global Technologies – having emerged from bankruptcy proceedings two years ago – claims it can become a $400 million (€450 million) company by July 2003, the end of its next financial year.

SSA announced earlier this month that it intended to acquire Interbiz, the little known enterprise applications division of Computer Associates. The acquisition will extend SSA’s user base to more than 9,000 companies and enable it to broaden its appeal across a wider number of vertical sectors, says Graeme Cooksley, vice president of global sales and marketing at SSA.

But SSA does not plan to stop there. Over the coming quarters, the company is considering further acquisitions in a handful of key technology areas, including collaborative commerce, supply chain management and planning.

Cooksley hopes that these acquisitions, alongside forecast organic growth of 10% annually, will help push it into the top tier of ERP suppliers alongside companies such as Oracle and SAP.

Venture capital group Gores Technology bought SSA’s assets in July 2000 and instigated a major restructuring, removing $50 million (€56.3 million) of costs. Then, in May 2001, another venture capital investor, Cerberus, took a majority stake in the company.

In addition, new CEO Mike Greenough has committed the company to spend 12% of its annual revenues on research and development. And, in the last nine months, says Cooksley, SSA has signed 250 new contracts and 30% of the company’s licence sales are from new customers.

Furthermore, SSA can boast a loyal customer base, in part because a large number of its customers work in industries where it is difficult to get rid of legacy systems. “Through the tough times, our strong brand of loyal customers was our saviour,” says Cooksley.

But it will take more than the loyalty of such customers, however strong, to enable SSA to make a credible challenge to Oracle and SAP.