Super switches are the future of corporate computing 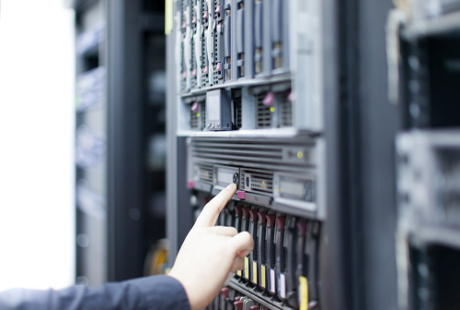 As far as switches go, Cisco’s latest offering – its most significant release in four years and the result of $250 million of R&D – the Nexus 7000 is a big switch. Cisco boasts that it can transfer an eye-watering 15 terabits every second – at those speeds, the Wikipedia database can be downloaded in no time. But the real revolution is not in the size of the switch but what it (and similar rival offerings) means for the data centre.

Nexus, which will ship with a new virtualisation-optimised operating system, is a single, Ethernet-based switch fabric capable of addressing not just an enterprise’s networking, as would be expected, but also server and storage needs.

This convergence of networking, storage and servers essentially creates “one network with many uses”, explains CEO John Chambers. It reduces the power overhead, heralding the possibility of an energy-efficient data centre.

Zeus Kerravala, analyst with researcher Yankee Group, believes this offers a compelling vision of future corporate computing. Virtualisation will spread from the servers, across storage and eventually to the network: “In essence, the network will become the backplane of the virtual data centre and play many roles.”

This model of computing is far more efficient, Kerravala says, and addresses the temperature and power issues dominating data centres. It dovetails neatly with the move towards a service-oriented architecture (SOA), as the network will be “application fluent”. “The network is where many SOA services will reside and will automatically provision resources when and where necessary.”

While, for some, this is a bold new era of computing, others are not convinced. Combining networks, storage and servers sounds impressive, but also creates a level of complexity that some data centre managers will find disconcerting.

Nicholas Carr, IT pundit and author of The Big Switch, believes that the migration towards ‘cloud computing’ is firmly under way IT’s traditional giants – not just Cisco but IBM, HP, Sun, EMC and others – are counting on the shift to utility-style computing. It promises in the long-run to reduce the capital that corporations have to dump into IT machinery, but will require significant outlays for new equipment, both by large companies looking to consolidate their data centres and by the suppliers of web apps and other utility services.

Gartner analyst Joe Skorupa says that most IT leaders think that the idea of a converged data-centric fabric is lunacy. In most enterprises, the server, storage and networking teams are independent, do not fully trust one another and demand exclusive control of their network components.

At a 2007 Gartner Data Centre Summit presentation on the all-Ethernet data centre, when asked whether they planned to implement a converged data centre fabric, 42% of attendees selected the response: “You must be kidding!”

The new data centre As the subject of energy use moves ever higher on the IT agenda, efficiency has become the watchword for data centre operations