Survey heralds cloud billing as catalyst of the subscription revolution 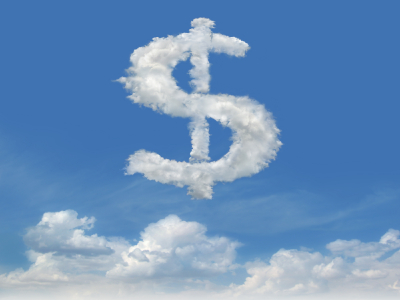 More than half of businesses (53%) are still using either an in-house-developed system or manual processes to bill their customers, according to a new survey of senior IT professionals.

At the same time, the results of the survey, by Cerillion Technologies, highlighted a clear shift in the way products and services are sold – away from traditional one-off product sales, towards a more flexible pricing model based on subscriptions and usage.

One-off pricing models are currently used by 84% of organisations but the research showed that this proportion is set to fall to 51% in the future. In contrast, new pricing initiatives built around an on-going service relationship were shown to be growing steadily, including subscriptions, pay-per-use and freemium pricing models.

“Today, we are experiencing a shift in the way consumers purchase goods and services as part of the subscription revolution. This is a fundamental change in the kinds of pricing models businesses are using in order to monetise service offerings and drive recurring revenue,” said Louis Hall, CEO of Cerillion Technologies. “This process is set to accelerate as revenue models mature and the need for innovative pricing and product packaging to differentiate and create value in customer relationships becomes more acute.”

In line with this, the survey results painted a picture of a cloud billing market about to undergo rapid growth. It is currently relatively small in the UK, with just 4% of survey respondents using a cloud billing system or software-as-a-service (SaaS) approach today. However, a further 11% said they are using a managed service. With cloud penetration generally on the rise, Cerillion said it foresees dynamic growth in the cloud billing market as businesses strive to meet the demands of the new subscription-based economy.

The survey also identified cost savings as the biggest perceived benefit of cloud billing systems. This attribute was highlighted by 37% of the sample and was most strongly supported by respondents in the manufacturing (59%) and telecommunications (47%) sectors.

Cost savings are clearly a major attraction for large companies in particular, where 69% said they use on-premise enterprise software and 85% identified reduced cost as a key benefit to be derived from cloud billing. Cost saving appeared to be much less important for smaller businesses, which were motivated more by wanting to introduce a structured approach to billing and ensuring the information they need to drive their pricing strategy is easily accessible.

Indeed, in the survey as a whole, “accessibility of billing information from anywhere” was cited by 31% and widely seen as key in driving enhanced competitiveness in an increasingly crowded marketplace. This is seen as particularly important in insurance, where 64% of respondents referenced it, followed closely by telecommunications at 60% and banking and finance, with 56% of respondents referencing it.

The survey also revealed that proven billing expertise and having a track record of delivery is the characteristic that businesses most look for in their cloud billing provider with 29% of respondents referencing it.