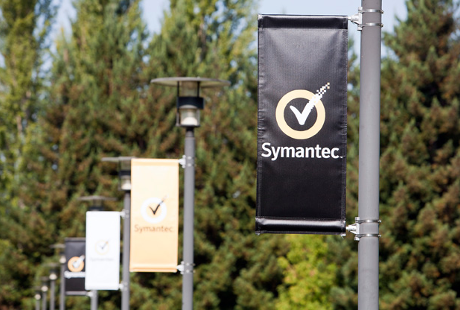 Shares in security and storage provider Symantec suffered a spontaneous 10% price crash earlier today – and immediately recovered – in what appears to be an automated trading glitch.

Over 500,000 shares in Symantec were traded in just over a second, lopping more than $1.5 billion off its market capitalisation.

According to trading software firm Nanex, that triggered a "circuit breaker" mechanism, blocking trading of the company's shares for five minutes. When trading started again, Symantec's shares recovered most of their value.

As yet, it is unclear what triggered the crash. Clearly, a high-frequency trading system started selling off Symantec shares, but it is unknown whether that was initiated by some automated trigger or by human error.

It is the third notable "flash crash" in the last fortnight.

Last week, stocks, currencies and commodity prices all briefly crashed after the Associated Press's official Twitter account was hacked, and a false Tweet about explosions at the White House was posted.

This was reportedly triggered by automated trading systems that scan certain sources on Twitter for keywords that might predict market activity.

Earlier in the week, Google's share price had fallen by 3.1% after an apparent "fat-finger trade", i.e. a human error, that triggered a series of automated trades.

Speaking to news agency Bloomberg at the time, one equity trader said that “two years ago this would have been a big issue. Now the market has almost become complacent of these errors.”