Skip to content
Home » Phishing » The future of the workplace

The future of the workplace 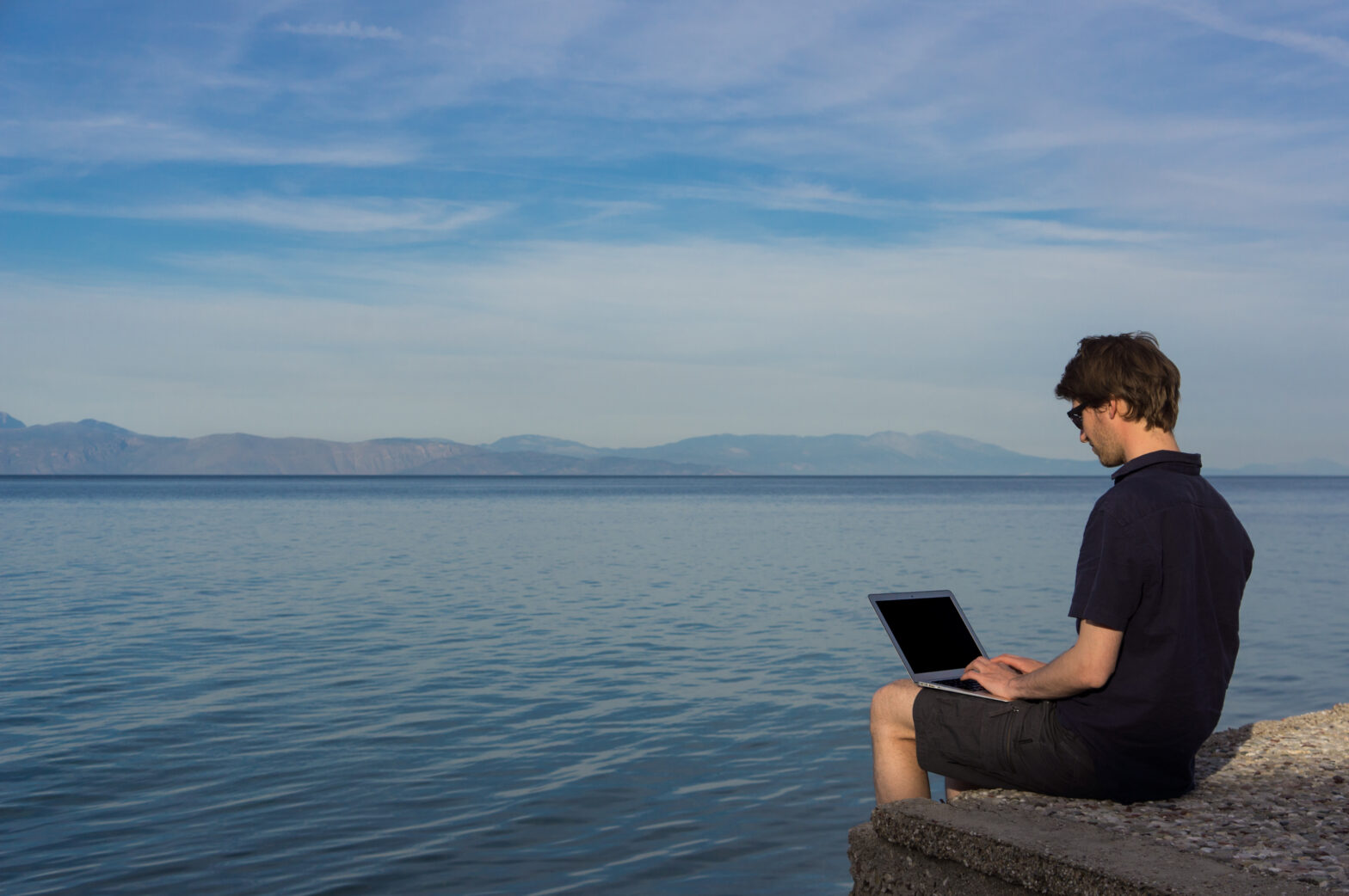 Technology and globalisation have completely changed the workplace. In the 20th century, the workplace was a static, physical place. Employees were required to be present in that place for a set number of hours and work was constrained within those walls.

Work, roles and responsibilities were well defined into functional areas with hierarchical management structures. People learned the knowledge or skills of their profession at the beginning of their career and that knowledge was sufficient to span their entire career.

Today, technology has enabled people to work from anywhere, and the lines between working hours and personal time have blurred. Roles and responsibilities change frequently, and skills that aren’t constantly maintained become out of date.

‘Organisation structures are shifting from the old model of complex functional hierarchies designed for efficiency and effectiveness to flexible team-based models designed for speed, agility and adaptability,’ says Sarah Andresen, head of people science at Fairsail. ‘And the definition of “worker” or “employee” has changed, with the Uber model of fluid employment redefining who is working.’

>See also: Is IoT the next step for the mobile workforce?

In the past year, there has been a considerable increase in the number of businesses offering flexible working. Three in four companies worldwide now provide staff with the option to vary their hours and work from home, according to research published by Vodafone.

As the cost of the technology that enables flexible working continues to reduce, such as cloud-based services, this number is expected to rise further.

But technology isn’t the only influencer. With a third of employees claiming that they’d prefer flexible working to a pay rise, it has become a key factor in attracting and retaining talent.

Businesses looking at implementing a flexible working scheme should start by running a pilot in each department to understand what systems, processes and applications need to be changed to support this alternative way of working.

The traditional office is no longer the most productive environment for today’s workforce, says Rich Ellis, director of Microsoft’s Office Division in the UK.

‘Gone are the days when we needed to be chained to our desks between the hours of 9am and 5pm, or clock in and out as proof of a day’s productivity,’ he says.

‘Technology solutions such as collaboration tools and the cloud have given us the ability to work from where we want, when we want – and many businesses are already reaping the productivity benefits of this, encouraging employees to work in the best environment for them and embracing new solutions such as co-working spaces to enable this.’

Misconceptions around remote working can create stumbling blocks and impede its uptake. According to research by Citrix, more than a third of managers believe flexible and remote working will result in them working longer hours.

More education on the benefits of remote working is still required to change this mindset. Using the technology available today to enable smooth remote working is the key for a more balanced and productive workforce.

With a smart, flexible approach, businesses can improve job design and build trusting relationships with employees, leading to a healthier, happier and more efficient workplace.

There are clear productivity gains when working remotely, with staff spending less time travelling and in unnecessary meetings, and more time performing their roles,’ says Jon Cook, director, UK and Ireland at Citrix. ‘While these represent what may seem like micro-gains for individuals, they generate significant results for organisations, and cultural and economic gains for the nation.’

Citrix’s research with the Centre for Economics and Business Research into the potential economic impact of a more widespread ‘work from anywhere’ culture found that the UK could gain the equivalent of 0.7% of GDP through more productive use of available working hours away from the traditional office space.

The study also revealed that flexible working allowances could potentially save workers £7.1 billion in reduced commuting costs and over half a billion hours spent travelling. Through the rise of wearable technology, employers can now monitor productivity and wellbeing, and communicate more personally with those that they work with.

Google, for example, is starting to map out how to ensure the highest productivity, engagement and retention of their top talent through analytics. And Bank of America has been using sensory data to better understand employee performance dynamics.

From analysing the data gleaned from its employees, the bank learned that call centre performance increased when staff spent time with others in their social circle during their lunch breaks. It then deliberately overlapped the lunch breaks of personal friends, leading to a 23% increase in workplace performance.

‘In the future, we expect this to go one step further,’ comments Euan Davis, European lead for Cognizant’s Centre for the Future of Work. ‘Organisations will increasingly take advantage of Internet of Things technologies, using sensors and data to anticipate the everyday lives of workers – informing, guiding and enhancing professional work relationships.’

Attitudes to remote working can vary according to age and location. A study into the future workforce by Dell EMC last year found that 57% of global employees still prefer face-to face conversations with colleagues, but 50% think that better technology- enabled remote working will make such interactions obsolete in the near future – a figure that rises to 60% among millennials.

The majority of workers in China, India and South Africa already prefer collaborating with colleagues through technology over face-to-face conversations, according to the research.

Meanwhile, eight in ten millennials believe that workspaces are more collaborative than they used to be, and seven in ten feel that smart offices are crucial to a collaborative, productive and efficient work environment.

‘Employees also noted that virtual sharing allows for collaboration with colleagues, while remote capabilities would be the most beneficial technology integration into their office lives,’ says Claire Vyvyan, SVP, UK and Ireland, commercial business at Dell EMC.

In a digital age that is defined by speed, collaboration and experimentation, bold new approaches are called for to drive digital innovation at scale. Some businesses, for example, are building internal catapult initiatives to help in-house stakeholders and their teams develop innovative ideas.

This, in turn, can help to break down silo mentalities and promote collaboration and knowledge exchange across the organisation and beyond. Research by Cognizant found that an emphasis on collaboration is encouraging companies to reconfigure themselves into smaller spaces. As market opportunities and digital niches grow, smaller multi-dimensional teams are beginning to emerge.

In fact, six in ten corporate decision- makers say they are building cross-functional teams that target a specific customer segment or digital experience, according to the research.

‘This means that sales, marketing, service, product development, production and technology staff are co-locating together and focusing on serving a single customer segment or functional need,’ says Davis. ‘To enhance this, businesses need to create a platform to support the continuous exchange of data and information to create further value.

‘Our analysis predicts that many companies are, in fact, starting to discard old and rigid organisational models and build smaller, nimbler clusters of talent that serve a particular market or niche.’

The Work Foundation has predicted that working away from the office will become the rule rather than the exception this year, with over half of organisations in the UK likely to have adopted flexible working.

The research also predicted that over 70% of organisations will have followed suit by 2020. A third of UK workers are already leading this charge, regularly completing work at home and ‘on the go’, choosing working hours to fit around their personal lives instead of adapting their lives to conform with their work schedule.

Technology has enabled this change, allowing employees to choose how and when they work in order to boost productivity, simultaneously revolutionising entire organisations.

>See also: IT needs to play a role in every branch – says 97% of retailers

For those careers where the traditional demands of office facetime are becoming obsolete, the office of the future could be a world away from the traditional nine-to-five office space.

Those offices designed to reflect the remote working shift will exist as collaborative spaces, offering a variety of flexible work options – from hot desks to boardrooms.

‘Technology will lie at the heart of these spaces,’ says Cook. ‘With no assigned seating, PC workstations or traditional fixed-line phone infrastructure, the office of the future will need to be designed as a truly digital, collaborative space where employees can use their own devices to work wherever and however they choose.

Some organisations are making the shift to this type of space even now. No matter the final design, the key for effective office spaces of the future will revolve around taking the focus away from physical presence in an office and placing the emphasis on delivery, productivity and trust.