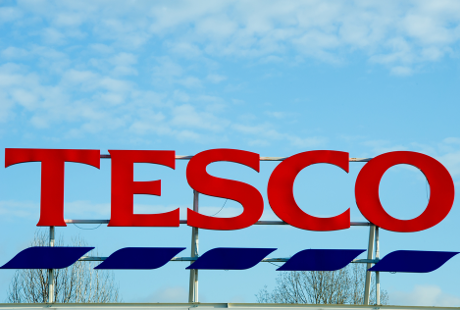 Tesco's partnership with retail analytics provider Dunnhumby is held up as the textbook case study for customer data analysis.

But in the last five years, the retail giant has also been applying sophisticated analysis to its supply chain data. And by identifying opportunities to cut waste, to optimise promotions and to match stock to fluctuations in demand, Tesco's supply chain analytics function has saved the company many millions of pounds.

In 2006, an executive from Tesco Direct, the company's online retail division, moved over to the supply chain department. He spotted an opportunity to run a small sales forecasting project, and persuaded one of the company's directors to give him some budget.

The project saved the company £16 million in one year. "That project built the engagement with the business," says Duncan Apthorp, supply chain systems development programme manager at Tesco.

Since then, Tesco's supply chain analytics team has grown from five people to 50. It is staffed mainly by science and engineering graduates, who Tesco trains up in retail expertise and SQL programming skills and who mostly use mathematics application Matlab to conduct their analysis.

The team's biggest wins so far include a statistical model that predicts the impact of the weather on customer buying behaviour. By comparing historical weather data with sales records in its 3,000 plus stores, Tesco can now adjust its stock levels based on the weather forecast, so its stores do not run out of the goods people want.

It is not simply a matter increasing or decreasing stock as the temperature rises and falls, however – context matters too. What is considered a hot day in Glasgow may be nothing special in Brighton.

And people are more likely to break out the barbecue when a sunny day follows a prolonged cold spell. "By adding this effect to model," Apthorp says, "we reduced out of stock for good weather products by a factor of four.

"That means there is a 97% change of customers who come into the store finding what they want, whereas other supermarkets might not have it."

The weather modelling project took around five people a couple of years to develop. So far, Apthorp says, it has saved Tesco £6 million.

An even bigger win has come from analysing discounts and promotions. Tesco runs 1,000s of promotions every day, and needs to predict how popular they will be in make it has enough – but not too much – stock to meet demand.

Until recently, it was up to each store's stock controller to estimate how popular each promotion would on a daily basis. But with so many promotions running at any one time, the accuracy of their predictions was understandably limited.

The supply chain analytics team took all the data Tesco had about its historical promotions, and built a detailed predictive model. This pulled in all manner of variables, including the positioning of a discounted product in a store and what other offers were operating at the same time.

That has revealed some interesting insights. For example, a "buy one, get one free" offer works better than a 50% discount for non-perishable goods, such as a cooking sauces, but the reverse is true for fruit and vegetables.

To push these insights out into the stores, the supply chain analytics team built a web-based workflow system that allow stock controllers to access a sales uplift forecast for their specific store, and use it to plan their orders.

This system, Apthorp says, has allowed Tesco to take £50 million-worth of stock out of its depots.

All of this was possible, he explains, because Tesco sorted out its data infrastructure 15 years ago, when it implemented a Teradata enterprise data warehouse alongside its IBM mainframe.

As it happens, though, the supply chain analytics team recently bought its own Teradata data warehouse, which replicates the primary data set, which Apthorp says has increase the frequency and complexity of the analyses it can do.

Now Tesco is helping its non-UK divisions build the same infrastructure so they can start analyse their supply chains in as much detail. Unfortunately, Apthorp says, not all them have their data in such good order as its UK division.

"In one European market, we asked them where their data is," he recalls. "They said, some of it's in Excel, and some of it's sitting under this desk'."