The 2013 IT Disaster Hall of Shame 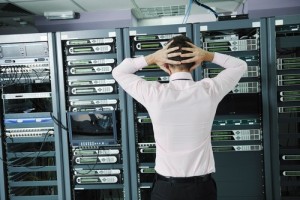 All organisations are at risk of IT disasters, which could have an adverse effect on the operational running of the business and cause significant problems. This Hall of Shame, compiled by Original Software, demonstrates how easily technology disasters can happen and the fall out that follows.

All the tech disasters in the top 10 have caused significant disruption, reputational damage and diminished customer or investor confidence.

This ran into major problems when the flagship of Obama’s public health initiative failed to work on launch in October. US citizens seeking health insurance were denied access to the website and had to resort to traditional phone and postal methods. A lack of testing was flagged as the key technological reason behind the failing and Obama and healthcare officials were left looking incompetent and badly prepared.

The global travel industry was thrown into chaos during the peak of the school holiday season, when Sabre’s worldwide reservation system – deployed by over 300 airlines – went down, causing cancellations and delays for hundreds of thousands of passengers, despite the system only being down for just under three hours.

This UK high street bank ran into problems earlier this year when system glitches caused chaos, denying ATM, chip and pin and internet banking facilities to customers, who took to Twitter en masse to criticize the company and its handling of the problem. RBS also suffered a similar problem in recent weeks, which has led to some experts talking about the underinvestment in banking IT.

A computer meltdown at Scotland’s biggest health board caused chaos this autumn leading to 500 operations and appointments being postponed. A major IT glitch with NHS Greater Glasgow and Clyde’s servers meant doctors and nurses were unable to access vital patient information. Luckily no patient lives were endangered during the system failure.

Shoppers logging on to Walmart’s website in October thought they’d bagged a bargain when they managed to buy computer monitors and projectors – valued at $500 – for as little as $8.99. The retailer blamed IT glitches causing data discrepancies. This is likely down to a lack of data validation in areas of WalMart’s website. WalMart refused to honor these bargain deals, cancelling customer purchases to the relief of its shareholders but the outrage of customers who vented their fury on social media.

UK investors were left in the dark in September when the BofE had to resort to using back up systems due to a technical failure.  The failover meant the BofE was unable to make its quantitative easing announcement, based on which gilts it would purchase, causing disruption and confusion for the markets.

The Californian state government is suing SAP over a failure to adequately develop and test a botched upgrade of its payroll system, causing problems for many of its 240,000 workforce. SAP has denied responsibility, blaming the Californian controllers’ office for not properly managing the upgrade. The payroll system was decades old, so an upgrade was always going to be problematic.

The British high street stalwart encountered numerous issues at its brand new distribution center at Castle Downingtown in August. IT glitches meant that trading directors were concerned about letting stock orders be processed by the distribution center in case it affected availability in their stores.

Four US states have been in turmoil this year and hundreds of thousands of unemployed have gone unpaid as new benefits systems went live with multiple defects. California, Massachusetts, Pennsylvania and Florida have all had major software problems with systems implemented by Deloitte. In California, the defect riddled system denied payments to over 300,000 unemployed people during Labor Day weekend.

Beleaguered hand held device company Blackberry endured further embarrassment in September when users experienced a Blackberry black out with problems starting in Europe and quickly spreading to the Americas and other continents. Research In Motion blamed an IT glitch and it took some time for users to access their emails and messages.