The AI with the mind of a child 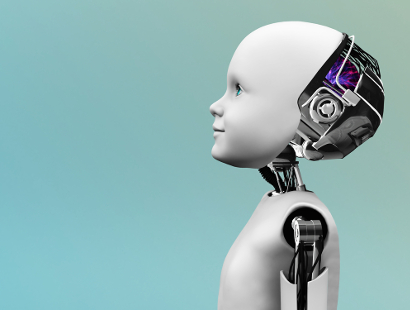 Computers, as we have all experienced, can seem highly intelligent and infuriatingly ignorant at the same time. One reason is that they lack even the most straightforward understanding of the way the world works.

In artificial intelligence, this understanding is referred to as "common sense". It has been described as "common knowledge about the world that is possessed by every schoolchild and the methods for making obvious inferences from this knowledge".

There are number of AI systems that seek to advance the common sense of computers. Perhaps the most famous is IBM's Watson, a question answering system that learns facts and relationships about the world from encyclopaedias and the Internet.

Another example is called ConceptNet. Built by researchers at MIT, ConceptNet is at heart a semantic network of concepts linked by relationships. The word "saxophone" is linked to the word "jazz" via the relationship "used for", for example.

Related: AI and understanding semantics — the next stage in the evolution of NLP is close

A team of scientists at the University of Illinois recently decided to test how ConceptNet really would compare to "every schoolchild". They put the system through the Wechsler Preschool and Primary Scale of Intelligence Test, a standard tool for assessing children's attainment. It is made up of a number of subtests, including a vocabulary test and more open ended reasoning tasks.

ConceptNet, they found, has the common sense of a four-year old.

In fact, explains Professor Robert Sloan, head of computer science at UIC, the system had a wide spread of subscores. It performed well on vocabulary recall but on "why?" or "what if?" style questions, such as "Why do people wear clothes?", it fared relatively poorly.

Sloan explains that it not necessarily that the knowledge required to answer the question has not been represented in ConceptNet, but that the system itself may not have the natural language processing (NLP) capabilities required to understand the question (unlike Watson, it was not designed to be question answering system).

He says that if the NLP capabilities could be improved, it might be possible to get ConceptNet up to the common sense level of a five- or six-year old.

To get the system up to the level of an eight year old, there would need to be a more fundamental breakthrough. Again, that is no sleight on MIT's work on ConceptNet, he adds. The experiment highlights "the tremendous progress we've made since the 1990s".

Improvements to the common sense capabilities of computers will lead to more useful speech recognition systems, Sloan says. “Siri, or its equivalent, will be able to get you the answers you actually want.”

They could also pave the way for a true semantic web, in which search engines understand the meaning of search queries and the information they retrieve.