Skip to content
Home » BYOD » The DDoS landscape: where we are, and where we’re going

The DDoS landscape: where we are, and where we’re going 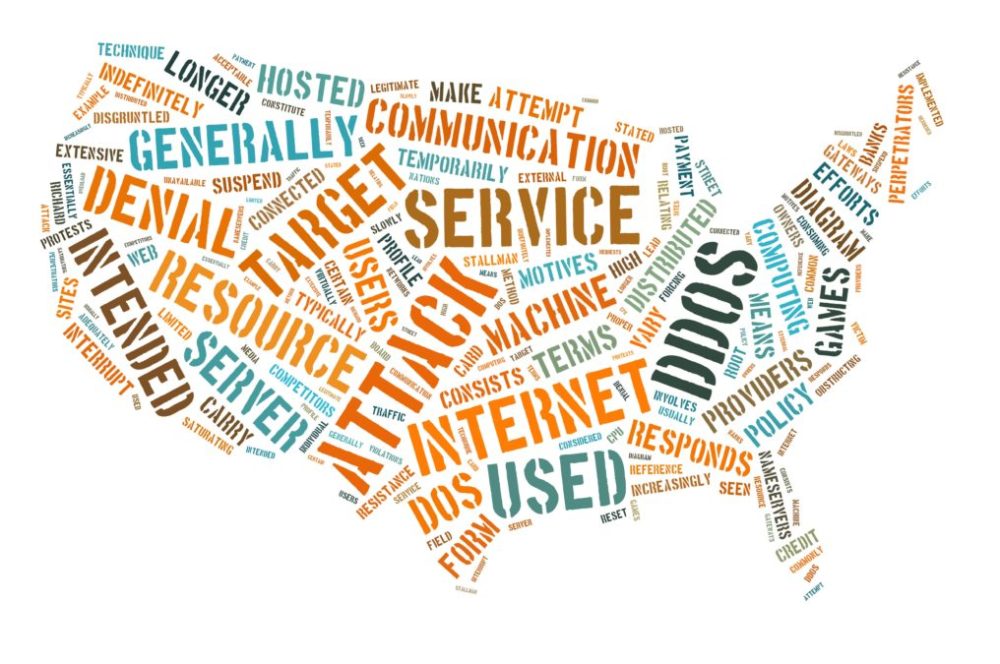 If a week is a long time in politics, as former British Prime Minister Harold Wilson observed, a year in cyber security can seem like an eternity. But despite the rapid changes, many things remain constant. We can always expect cyber criminals to embrace new technology as fast as legitimate businesses do, and to use it to launch new types of attacks that are ever more damaging and harder to defend against.

DDoS attacks are a case in point. In April 2018, the UK’s National Crime Agency named DDoS as the leading threat facing businesses. The Agency noted the sharp increase in attacks on a range of organisations during 2017 and into 2018, and advised organisations to take immediate steps to protect themselves against the escalating threat.

This warning was timely, as through late 2017 and into 2018, DDoS attacks got much larger – and that trend is showing no signs of slowing down. In Q3 of 2018, the average DDoS attack volume more than doubled compared to Q1, from 2.2 Gbps to 4.6 Gbps according to Link11´s latest DDoS Report. These attack volumes are far beyond the capacity of most websites, so this is an alarming trend. Compared to Q2, the total number of attacks also grew by 71% in Q3, to an average of over 175 attacks per day.

Attacks also got more sophisticated. 59% of DDoS incidents in Q3 of 2018 used two or more attack vectors, compared with 46% in Q2. Meanwhile, a highly targeted and strategic approach to DDoS attacks was observed as the year went on; our operation centre saw DDoS attacks on e-commerce providers increase by over 70% on Black Friday (23 November) and by a massive 109% on Cyber Monday (26 November) compared with the November average. Attacks are focusing on specific sectors, with the aim of causing more disruption.

DDoS as a service

At the same time, these larger, more sophisticated DDoS attacks are easier for criminals to launch than ever before too, from DDoS-as-a-Service provider. Perhaps the best known of these, Webstresser.org was selling multi-gigabit DDoS attacks on the Darknet for as little as $11 per attack before it was shut down by police in early 2018. Webstresser’s services were used in early 2018 to bring online services from several Dutch banks and numerous other financial and government services in the Netherlands to a standstill. Customers were left without access to their bank accounts for days.

Other services have sprung up to take Webstresser’s place, offering DDoS by the hour for $10, and by the day at bulk discount rates of $200. No expertise is required: just enter your (stolen) credit card details, and the domain you want to target. Even cloud services can be knocked offline, with very little money and little to no technical expertise required to launch an attack.

Another increasingly targeted component of organisations’ IT estates during 2018 was web applications. 2018 saw high-profile breaches affecting tens of millions of customers from several high-profile companies in the travel and financial sectors. The aim of these attacks is to exfiltrate sensitive data for re-use or resale, with the attackers seeking to exploit weaknesses in the application itself, or the platform it is running on to get access to the data.

So as 2018 saw attacks growing in volume and complexity, what attacks can we expect to see in 2019?

We have already seen how versatile botnets are for crypto-mining and sending spam – this will extend into DDoS attacks too. Botnets benefit from the ongoing rapid growth in cloud usage and increasing broadband connections as well as the IoT, and the vulnerabilities that they address are on the protocol and application level and are very difficult to protect using standard network security solutions. Bots in public cloud environments can also propagate rapidly to build truly massive attacks.

Attack tactics, for which SSL encryption have long since ceased to be a defence, will gain even more intelligence in the coming months. The only possible answer to this can be defence strategies that cover machine learning and artificial intelligence, which can process large data streams in real time and develop adaptive measures. Highly-targeted attacks, such as those on web applications, will also continue because the rewards are so high – as we’ve seen from the 2018 data breaches we touched on earlier.

Here, we look at cyber security best practice — everything from defining it to the importance of training. Read here

Also, 2019 could be the year in which a hacktivist collective or nation-state will launch a coordinated attack against the infrastructure of the internet itself. The 2016 DDoS attack against hosting provider Dyn showed that a single attack against a hosting provider or registrar could take down major websites. DDoS tools and techniques have evolved significantly since then, creating a very real risk of attacks that could take down sections of the Web – as shown by the attack which targeted ISPs in Cambodia. Other forms of critical infrastructure are also vulnerable to DDoS exploits, as we saw in 2018’s attack on the Danish rail network.

In conclusion, tech innovations will continue to accelerate and enable business, and cyber criminals will also take advantage of those innovations for their own gain. With more and more business taking place online, dependence on a stable internet connection rises significantly. Likewise, revenues and reputation are more at risk than ever before. Therefore, organisations must be proactive and deploy defences that can keep pace with even new, unknown threats – or risk becoming the next victim of increasingly sophisticated, highly targeted mega-attacks.

Written by Marc Wilczek is Chief Operating Officer at Link11