The impact of cloud computing on the UK’s IT industry 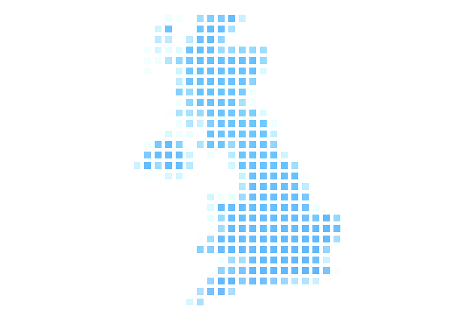 They may have taken some persuasion at first, but UK organisations are now happily buying cloud computing services.

In a recent study, IT analyst firm TechMarketView estimated that the UK cloud market grew by around 38% in the 2011/12 tax year, reaching a combined total of £1.6 billion.

Clearly, this has huge ramifications for the IT industry. Companies that have sold products for decades are now frantically trying to turn themsevles into service providers, before they are disrupted by cloud-native competitors.

The UK's IT industry has so far had mixed success at adapting to cloud. There have been some successful start-ups, such as Huddle and Kashflow, and in the financial services vertical some traditional vendors have made progress in moving to the cloud model.

But other software companies have been less successful at switching to SaaS, and there is not much of a UK infastructure-as-a-service (IaaS) market to speak of at all.

Furthermore, there is a growing sense that, unless providers start offering greater value, cloud computing may make the IT business fundamentally less profitable.

From a buyer's perspective, the turmoil is a good thing. Cloud computing is unlocking competition, and therefore innovation, in previously stangant software markets. For suppliers, though, there are some rocky years ahead.

Software as a service

According to TechMarketView's recent study, software-as-a-service represents 70% to 75% of the UK cloud market, and around 13% of the total software market.

It is growing fast – by around 30% a year – but that cannot last for ever, says TechMarketView's Angela Eager.

"We're approaching a make-or-break time for SaaS," she explains. "It's had a lot of success in the externally facing applications, like CRM for example, but to maintain or improve on current growth levels, SaaS needs to get much deeper into the enterprise. It's got to prove itself in the ERP environment."

In the UK, however, there has not yet been a standout success in SaaS ERP, or CRM for that matter. Instead, Eager says, one area where UK suppliers have had some success with SaaS is in the financial services industry vertical.

"The biggest one is Fidessa, which sells trading and risk management software," she says. "Fidessa is putting a lot of investment into SaaS, and is building its own data centres."

"These companies are all growing revenues while making the transition to SaaS, which I consider to be a success," she says.

Two other areas where UK companies have made SaaS a success are accounting and HR software.  Eager says that local companies have an advantage in these areas because they can tailor their software to UK regulations.

One example of a UK SaaS accounting success story is KashFlow. The company claims it has doulbed its revenue every since being founded in 2005, although that growth reportedly slipped to 90% in 2012.

KashFlow is an example of a cloud-native start-up succeeding where established, on-premise providers have struggled, says Eager. "Often it's these smaller companies who are not tied down with the legacy, on-premise business model that have the freedom and flexibility to actually make progress in SaaS," she says.

The obvious counterpoint to Kashflow is Sage, the UK's largest software vendor. "Sage has paddled around the SaaS area for so many years but hasn't committed to it," Eager explains. "It has very cloud heavy iniative at the moment but there hasn't been much execution around it yet."

It's really difficult for convential vendors to even understand how to do cloud, let alone be successful at it

Phil Wainewright, chairman of cloud trade body EuroCloud UK, agrees. "It's sad really to see how Sage has repeatedly missed out on opportunities.

"That's true of all the conventional on-premise vendors," he adds. "It's really difficult for them to even understand how to do cloud, let alone be successful at it."

This is especially true of mid-tier software companies, which the UK's few remaining software suppliers all tend to be. "They serve the middle market, which is inherently conservative. That means their customers aren't forcing them to innovate, but eventually newer companies will come along and take their business."

Wainewright says that European cloud providers face the same challenges as traditional software vendors when it comes to international expansion.

"In the UK or any other European country, you reach a certain level of success and then you've got to cross a border," he explains. In Europe, that means translating your product into different languages and tailoring it to the local laws. "This just makes it that much harder to get to scale."

There are exceptions to this rule, however, such as cloud document management provider Huddle. "Huddle is really the standard bearer for the UK cloud industry," he says. "They've got very strong funding, they are starting to establish themselves in the US but they're still very much headquartered in the UK."

Another example is Bristol-headquartered retail management SaaS vendor BrightPearl. "BrightPearl has got a presence in the UK, but has really plowed most of its money into the US market."

When it comes to infrastructure-as-a-service providers in the UK, "there is not alot worth mentioning," Wainewright says.

Hosting providers including Memset and Outsourcery have both recently launched IaaS offerings, and Elastichosts "is really doing a proper job", he says, but IaaS is still mostly dominated by Amazon Web Services.

"IaaS is a race to the bottom and you've got to have the huge scale to be able to compete," he says.

Telecommunications providers, including BT and Virgin Media Business, have attempted IaaS offerings, but so far not convincingly to Wainewright's mind.

It is not for want of trying. BT has been trying to find a viable utility computing strategy since at least 1995, he says. "If it's true that you can learn from your mistakes, then BT should be brilliant at cloud computing."

"But I don't think any of the telcos understand cloud," he adds. "This is partly because it involves software, which they were never any good at doing."

Wainewright is of the view that all IT resources will eventually be delivered from the cloud – although some of those clouds will be operated privately. "The only software vendors that will remain will be those that are able to develop a cloud application or infrastructure offering that is attractive to other companies," he says.

If this is true, how will it change the UK's IT industry? One cause for concern – from the suppliers' perspective – is profitability.

"Profitability is the elephant in the room in terms of the SaaS business model," says TechMarketView's Eager.

She points to companies such as Salesforce.com, which have been undeniably successful in growing revenues, but have consistently lost money doing so. "I have certainly seen the UK companies take a hit in terms of their profitability by moving to SaaS," she adds.

Of course, the SaaS providers argue that they are investing in growth and will be profitable when that growth levels off.

Eager is not convinced. "When I ask suppliers when do they think their SaaS operations are going to be profitable, I don't get a clear answer," she says. "I get the sense that vendors themselves don't know when it is going to occur."

She believes that if SaaS provider want to be more profitable, they will have to increase their prices. To do that, they will need to offer customers more value, through data services, analytics and the like.

For the business model to work, though, this added value has to be built into the SaaS product, not delivered through a traditional IT services operation.  "They have to find a one-to-many model, not one-to-one."

In all, TechMarketView believes that the move to SaaS will be deflationary for the UK IT market – businesses will simply end up spending less money on IT. But while that's bad news for supplier, it is of course good for buyers.

"Many of the large software vendors have got very comfortable in recent years," she says. "But when you have a market that is dominated by a few large providers, they don't innovate fast enough."

By removing the barriers to entry into the software market, cloud should deliver faster innovation, greater choice and better prices for IT buyers, Eager says.

"If you thought there was a lot of competition in the last few years, it's only going to intensify."