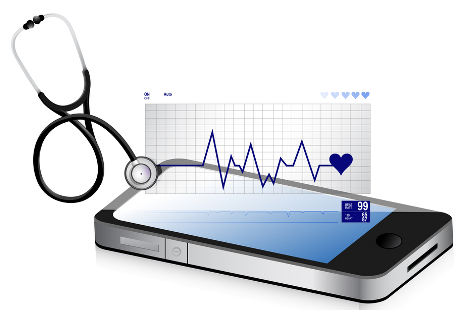 It has now almost become second nature for us to be cautious of malicious software. We know not to open unknown emails, download applications from unconfirmed sources or visit unverified websites. So why do these rules relax for our mobile phones? Many believe that malware is a problem exclusively for PC users when in actual fact, mobile malware is also a dangerous reality for smart phone users.

So much so, that an enormous 17,000 new unique forms of mobile malware targeting Android-based devices were identified in the second quarter of 2013, a staggering 21% rise on the previous quarter. In fact, according to US authorities, 79% of malicious attacks on mobiles in 2012 occurred on devices running Google’s Android operating system.

As mobile payments and apps increasingly becoming a part of our everyday lives, they also begin to act as a magnet for malware creators. That means that the problem of mobile malware is only set to increase and, more importantly, will continue to evolve.

The fact that malware is growing more and more sophisticated, coupled with the reality that malware creators exploit the blasé approach to phone security that users currently have, it is imperative now more than ever, that we become wise to mobile malware and recognise the symptoms sooner rather than later.

The signs that a mobile phone may be infected with malware are subtle but not impossible to notice. Here are the four most common symptoms of an infected device:

1. Slow performance – You may, as many would, think that slow or sluggish performance is due to the volume of images, videos or messages on the phone, but just as you would think your computer may be infected if it is running slowly, it may also be the case for your phone. Having to restart your phone or apps not working properly are both big red lights for the presence of malware.

2. Rapidly draining battery – While many may think that this is caused by heavy usage of the phone, or a multitude of apps running simultaneously, extensive and unreasonably fast battery drainage is strong cause for concern.

3. Frequently dropped calls – If you find that your mobile often drops calls, your anger may not be best directed toward the mobile network but instead to the virus that has taken up residence in your handset.

5. Slow internet connection – Some malware uses the phone’s data connection to send data, sometimes private data, to external servers. This has an immediate effect on the browsing performance and like the premium SMS messages can also add to the monthly bill when not included in a fixed price data package.

As with any epidemic, the best defence is awareness and education. A large part of solving the problem is identification, and this relies heavily on the phone user’s ability to recognise that their personal device is behaving unusually.

The second step is diagnosis and treatment. Once users’ suspicions are raised, retailers need to be equipped to scan mobiles in store, diagnose malware infections and eradicate all traces of the virus.

There is constant development and deployment of advanced diagnostics solutions to enable retailers and carriers to identify problems as early as possible. These include solutions which can be offered in store, or even remotely; enabling users to identify and fix problems at home or via call centers without having to come into the store itself.

The mobile malware epidemic is a growing problem. We all know that mobile phones are now used for more than just making and taking calls; they’re used to pay for the grocery shopping, check bank balances, write the weekly shopping list, pay the bills, and much more besides.

Now that these devices form such an integral part of our business lives, it is imperative that they are treated well and checked regularly to ensure that they don’t succumb to the worst effects of the epidemic, before it’s too late.