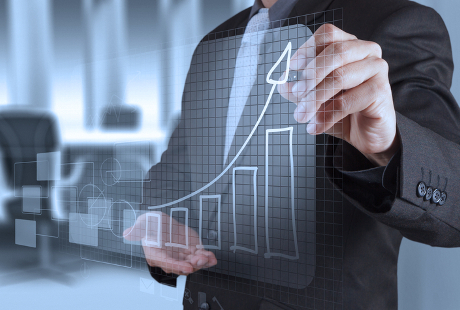 Business intelligence is one of the longer-lived trends in enterprise technology. The term itself was coined by then Gartner analyst Howard Dresner in 1989, to describe a movement that was already under way.

Although broadly defined as any system that aggregates business data in a format that allows employees to take decisions, over the years the term has become associated with a particular architecture: a central analytical database – a data warehouse – that pulls in data from applications, combined with tools that allow expert users to compile reports, dashboards and graphs.

The complexity of this architecture has meant that, historically, business intelligence projects were mostly IT-led. The objective was often to make the data warehouse a single version of the truth for the enterprise – an ambitious aim that was not always met with success.

Five reasons why BI and analytics are the top CIO priority

But BI is subject to all the technology trends that are turning the old IT order on its head. Cloud, mobile, social media, collaboration, information visualisation, in-memory databases and big data technologies all have immediate consequences for BI, and recent market entrants exploiting these technologies have given the established players much to worry about in recent years.

Perhaps the most significant development, however, is the fact that BI projects are increasingly initiated and owned by business units.

Dresner, now an independent consultant, has for the past three years tracked developments in the technology field he named in an annual ‘Wisdom of Crowds’ market survey. Each year, he says, the proportion of project aligned to the business department, rather than IT, has grown.

“Things are changing, and so much BI is now driven by business users and business management,” he says. “This year, we found that more than half of new deployments of business intelligence are in fact driven by the business.”

It is no coincidence that this development has occurred while cloud-based BI, mobile BI, social analytics and visual analytics have come to the fore, says Dresner.

Cloud-based BI deployments allow the business to buy their own systems without necessarily involving IT; mobile BI has obvious benefits for mobile salespeople, as social analytics does for the marketing department; and visual analytics tools, which allow users to interrogate data with a graphical user interface, do not require specialist programming skills to create new analyses.

“When we look at what technology criteria business users are interested in, it’s social media, collaboration, cloud, mobile and data visualisation, and that’s where so much of the action is in the market right now,” Dresner says.

He describes these categories of BI technology as “the new BI”, and argues that they are driving a “renaissance” in business intelligence.

This is good news, for many reasons. The first is that business-led BI initiatives appear to be more successful. Dresner reports that 92% of repondents to the Wisdom of Crowds who work in sales and marketing describe their BI projects as successful, compared to 88% of those who work in IT.

This stands to reason, says Tom Pringle, an independent analyst covering business technology. “If you think about turning information into valuable insight, and applying contextual understanding to improve business outcomes, the knowledge of how that can be done most effectively will reside with the business,” he says.

Furthermore, a BI system whose design and implementation have been directed by the users is more likely to be adopted and exploited to the full. “We want to engage as many users as possible, to get as many eyes on the data as we can,” says Dresner.

And for the IT department, the fact that business units are taking ownership of their BI systems may save time and money. Firstly, they are likely to be paid for with departmental budgets, and secondly, the self-service nature of the tools means that the IT department is less likely to be inundated with requests to program a new report or chart.

There is, inevitably, a downside. The reason why IT-led BI initiatives sought to compile a “single version of the truth” was not sheer bloody-mindedness; it allowed the IT department to impose governance and quality control to the data. When data is spread across multiple, divisional BI systems, imposing that control is more complex.

Truth is in the eye of the beholder

“The IT department is still responsible – or should be responsible – for maintaining the consistency of data, imposing common data definitions, and incorporating new sources of data, so that as the business changes, users will still have the data they need to get their jobs done,” says Dresner. “The business doesn’t care about all that, but somebody must.”

The rise of business-led BI, Pringle argues, places even greater significance on the IT-to-business relationship. There needs to be the kind of collaboration between the business and IT that means that, even if IT is not directly involved in a BI deployment, there has at least been the opportunity for IT professionals to stress the importance of governance and data quality.

Thankfully, he adds, there is currently a fascination with all things data-related in business management culture. “That creates an opportunity to engage senior people in conversations around information management,” he says.

Dresner adds that organisations that have successfully accommodated user-driven BI are those that have reinvested the savings made from no longer having to deploy and support the tools into data quality and governance practices.

In those cases, he says, the IT department’s role is “data management, integration and governance, not tool selection, tool deployment, report writing and query generation”.

Then there is the issue of existing BI systems. Most large organisations will have made an investment in one business intelligence platform or another, and may still be obliged to generate returns on that investment.

The solution, again, is engagement with the business. “The CIO needs to take stock,” says Dresner. “Go out there and find out what the users are buying, and why they are doing it.”

Armed with that information, the IT department can take a view on whether the functionality that users are seeking could be delivered by their enterprise BI platform, or whether it should be on the development roadmap.

One reason that business units have looked outside the organisation, Pringle adds, may be that they do not know what the IT-approved system is capable of.

But, Dresner warns, if the IT department is going to disrupt the ‘new BI’ tools working their way into the organisation, its alternatives must be at least as good as, if not better than, what users already have. “Better as the users measure it, not how IT measures it.”

The phenomenon of ‘new BI’ is just one facet of an overarching trend – the IT department is no longer in control of the organisation’s technology choices, but it still holds responsibility for the value of its information.