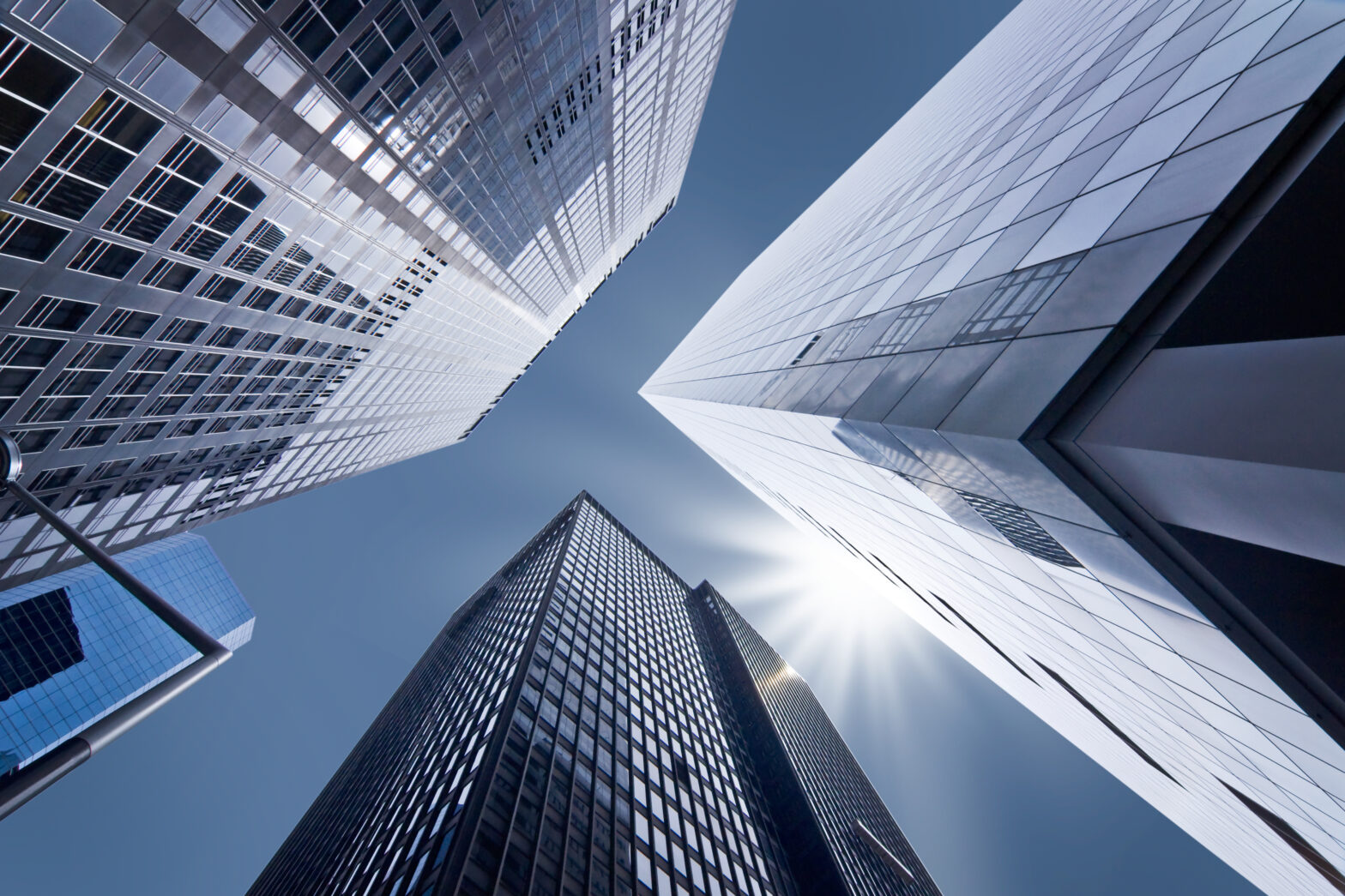 Collaboration software and online social networks are rewiring the fabric of society. Anyone still doubtful that something so seemingly trivial could have such a fundamental impact should take note of a few recent examples. In April 2009, demonstrators took to the streets of Chisinau, capital of Moldova, in their thousands to protest at the results of the country’s elections, which many believed had been rigged.

The protest had been organised via social networking sites including Facebook and Twitter, earning it the nickname “the Twitter Revolution”. Organisers expected a few hundred students to turn up; in the end, 20,000 Moldovans took part, and the demonstration – which ultimately turned violent – lasted for several days.

Not only did social networking sites play a crucial role in getting the protesters together, they also made the uprising visible across the globe. For a short time, the Moldovan protesters had the world’s attention, or at least the worldwide web’s attention.

That impacted the dynamics of the political negotiations and diplomacy that followed: here was a protest that couldn’t be covered up or ignored.

At the other end of the political spectrum, President Obama’s administration has been an enthusiastic and effective exponent of social networking. Officials drew inspiration from social bookmarking websites such as Digg.com when planning the agenda for a televised Q&A session broadcast shortly after his inauguration. Visitors to the White House website could vote for the topic they thought warranted discussion, and the topics with the most votes were addressed.

In these two cases, we see so-called Web 2.0 technologies allowing greater democratic participation in the political agenda. But the same forces are at play in the enterprise.

Aviva, the UK insurance company formerly known as Norwich Union, is a forward-thinking adopter of such technology. Already, the impact on the organisational dynamics within the company is beginning to manifest itself, according to CIO Toby Redshaw.

“Recently, someone in Australia had a complex challenge at work,” he explains. ”They created a forum on our platform and simply asked for help. Within 24 hours, someone in England who had tackled that same issue before told them what had worked and, just as importantly, what had not. Case closed.

“Another example,” he adds, “is a team of employees across a region that got themselves together to build a ‘smart space’ around ideas to eliminate waste and save money. No one told them to do that.

“A good, well-positioned Web 2.0 platform bypasses the obstacles in a hierarchy; it changes the game,” says Redshaw. “You want expertise to be virally available. You want smart interactions to happen horizontally, not up a hierarchy, across a boundary and back down.”

The impact on process

Aviva is also an organisation that is further down the road of business process management than most. And the application of Web 2.0 to business processes promises to have just as evolutionary an impact as it does in the realm of knowledge management, if not greater, says Redshaw.

“There is very little in the ERP technologies of today that wouldn’t be recognised by Henry Ford,” he says. “They are based around a very old-fashioned view of static business processes executed by people.”

These static processes constrain an organisation’s agility, which, Armstrong argues, is the most important success factor in modern business. He points to the software development world, where a less hierarchical, more collaborative project management methodology has revolutionised productivity.

“In Agile development, developers have a lot more autonomy than they traditionally did,” he explains. “Agility requires a certain degree of decentralisation. That does suggest a very different way of designing and executing business processes.”

That is an argument that business process management vendors are beginning to accept. The traditional model of business process optimisation and re- engineering involves business analysts measuring and testing business process execution, and then making changes to the process from on high.

This, admits Phil Gilbert, president and former CTO of business process management provider Lombardi Software, can have a negative psychological impact on those employees who conduct a process.

If you talk to people who have been ‘business process re-engineered’,” he says, “there can be a serious decline in motivation.”

He also concedes that the view of a business process as a rigid sequence of events is one that does not suit human beings.

“The traditional notion of a business process comes from the manufacturing world where you can standardise the inputs and outputs of a given process,” he explains.

“With ‘white collar’ processes, the very reason you have human beings doing them is that you cannot standardise those inputs and outputs.”

Lombardi’s BluePrint process-mapping product contains some features, based loosely on features of Facebook, that allow workers to make more of a contribution to the design of a business process (other BPM providers have offerings with comparable functionality).

That provides an alternative to the traditional approach where “so-called process experts push out changes to the process,” says Gilbert.

“BluePrint provides a news feed so that whenever someone changes a process or an activity, employees can jump in and make a contribution to the conversation.”

Including ordinary workers in the design of business processes can help to ensure that organisational changes are better accepted and understood, and that the right changes are made in the first place.

That is of crucial importance, says Gilbert: “The biggest barrier to the success of business transformation programmes is organisational change management.”

One Lombardi customer, he says, is deploying 2,000 instances of BluePrint for the explicit purpose of empowering employees during an organisational change management programme.

Involving employees in the design of business processes is one thing; allowing them to use collaborative tools and social networking as they execute the process is another, but the argument is just as strong.

“Businesses execute processes for a living, and those processes are typically highly standardised,” explains Andrew McAfee, associate professor of business administration at the Harvard Business School and author of a forthcoming book entitled Enterprise 2.0.

But that standardisation, and the inflexibility of transactional business applications, can be a hindrance when exceptions occur, he says.

“Let’s take a warehouse dispatch process. Say I have to expedite a particular package. More often than not, a standard transactional tool would be unhelpful in this situation,” explains McAfee.

But just as Web 2.0 tools helped Moldovan dissidents quickly organise a demonstration, they can help employees work together to manage unexpected exceptions to business processes.

“That’s why I expect to see tighter integration of Web 2.0 with formal, standardised applications,” says McAfee. Kelly Dempski is head of the research labs at management consultancy Accenture, and is currently examining how collaborative tools and business processes might interact.

He believes that making the social network a key architectural metaphor in business software, rather than an abstract process, may improve process execution because it would bring human factors to the fore.

“A company is, of course, a collection of people,” he explains. “When you produce a system that is strongly based on the process or the document, you lose the sense that someone else is depending on you to perform a task. The really useful information for the user would be who is waiting for them to do something, or who they themselves are waiting for.”

As far as software offerings go, a big step towards realising this vision has been made by Microsoft, which has added increasingly sophisticated workflow functionality to its SharePoint collaboration suite.

Sandy Kemsley, an independent analyst and consultant specialising in business process management, argues that this is unlikely to attract companies in the financial sector, traditionally the most advanced adopters of business process management technology: “These organisations definitely don’t see SharePoint as robust enough to support their business-critical processes.”

But for the many Sharepoint users who have yet to formally deploy BPM, this may offer an opportunity to leapfrog rigid, linear processes and skip straight to a more collaborative model of process management.

Meanwhile, most applications providers, including Oracle and SAP, have made overtures to Web 2.0, offering integration with tools such as Facebook and Twitter. SAP recently revealed that it has been working on social network analysis software.

But concrete examples of how Web 2.0 solutions are baked into enterprise applications – to productive effect – are today thin on the ground. That may be because, according to Gavin Dimmock, senior director for Oracle’s Enterprise 2.0 practice in the UK, the jury is still out on the correct way to combine Web 2.0 functionality with formal business applications and processes.

“I recently attended a roundtable meeting with about 25 senior government and commercial people. They were all doing some form of pilot project [around Web 2.0] and they were all suffering the same kind of challenges,” he says. “No one person could say, ‘we’ve cracked this Web 2.0 thing’. That is typical of the industry as a whole.”

Fortunately, however, Web 2.0 is more of a design pattern than it is a complex, heavy- duty technology. Businesses do not need to wait for their enterprise software providers to figure out Web 2.0 for them; there are enough free, online and open-source tools out there to experiment with on their own. IT directors looking for a technology approach that can facilitate substantive business process change – on a recession-era budget – need look no further.