The third dimension: 3D printing in the enterprise 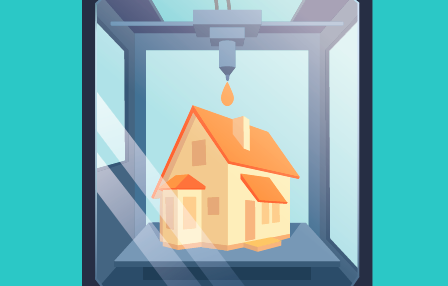 There has been a lot of talk around the wonders of 3D printing, but its hype in the technology industry has tended to exceed its maturity in the market.

Nonetheless, Gartner has predicted worldwide shipments of 3D printers to grow by 98% in 2015. And many of the big players, in terms of the manufacturers and distributors, have grown significantly through acquisitions, as well as sales volume.

Two of the most popular 3D printing technologies in the UK are plastic jet printing (PJP) and colour jet printing (CJP). PJP is a solid-based rapid prototyping method that deposits material layer by layer through a heating extrusion head to build a finished model, while CJP uses an inkjet-like printing head selectively, depositing a coloured liquid binding over a bed of powder material in cross-sections to create full-colour finished parts.

Fused deposition modelling (FDM) and PolyJet are also significant techniques. The original patent for the FDM technology expired a number of years ago, so there has been a surge in market availability as more manufacturers adopt it into their low-end systems.

With FDM, which works on an ‘additive’ principle by laying down material in layers, a plastic filament or metal wire is unwound from a coil and supplies material to produce a part. PolyJet is similar to inkjet printing but jets layers of curable liquid photopolymer onto a build tray rather than jetting drops of ink onto paper.

Original patents on another two core 3D printing technologies, selective laser sintering (SLS) and stereolithography (SLA), will expire in the coming years, which will trigger another influx – particularly at the lower end of the market where entry is more accessible.

SLS employs a high-power laser to fuse plastic powders layer by layer into finished prototypes and functional end-use components, while SLA uses a vat of liquid photopolymer resin cured by ultraviolet laser to solidify the pattern layer by layer to create or print a solid 3D model.

‘The availability of entry-level machines offers a good starting point but in many cases should be viewed as a stepping stone before moving on to larger systems,’ says Mark Tyrtania, sales director of the 3D printing business unit at Laser Lines. ‘Where an application involves complex parts or an enhanced finish, the user really should consider investing in a more sophisticated system.’

There are numerous business benefits of 3D printing. At its simplest, it allows users to quickly and cheaply create prototype models of new designs, encouraging innovation.

The speed of the printing process brings reduced time to market, as well as the increased ability to prototype on-premise rather than outsourcing.

Reducing the time spent on processes can also have huge cost and efficiency benefits. And by allowing more design iterations, errors at the production tooling stage can be avoided, thus allowing delivery of a tighter design verification process and culminating in a better finished product.

‘With the entry-level systems being so affordable, it really is more accessible than ever to adopt 3D printing at whatever level you choose,’ says Tyrtania. ‘If a company is not utilising the power of 3D printing to its full capacity, then they will not be as competitive as they could be.’

It can also boost communications between staff and clients. By presenting someone with a full-colour, realistic 3D model, it can impart much more information than a computer-generated image.

‘Customisation is another benefit of 3D printing as it allows businesses to provide a personal touch for clients, for example creating unique products at events and conferences,’ says Jesse Harrington Au, 3D printing expert and maker advocate at Autodesk.

Much of the growth in 3D printing is being driven within the healthcare industry, which is using the technology to produce superior, customised items, while also heavily reducing costs because organisations don’t need to buy in various sizes of off-the-shelf products.

3D printing also reduces the turnaround time from the initial design to a finished product because the cleanliness and small scale of 3D printing can allow for manufacturing to be brought in-house.

Harrington Au points to an example of how 3D printing has ramped up in orthopaedics, where it’s being used to create customised implants such as cranial and jaw implants. ‘A patient’s fracture is scanned and then software is used to design customised implants, which are 3D printed in titanium and then fitted,’ he says.

In education, 3D printing fits perfectly within the science, technology, engineering and mathematics (STEM) curriculum. The main reason that schools install 3D printers is to educate students on how to use computer-aided design (CAD) software to create ‘products’ – the technology allows students to apply practical skills in a proactive and fun way.

3D printing is already a part of today’s manufacturing businesses. The technology is proving particularly useful in research and prototyping, and for creating unique and obsolete parts – especially for the automotive and aerospace industries.

However, according to IFS global manufacturing industry director Antony Bourne, one area of 3D printing that has not had its due time in the spotlight is the ‘slow but unstoppable march’ towards a completely new way of managing manufacturing processes.

In architecture, 3D printing can improves architects’ current method of creating prototypes in order to show clients their creative vision.

Currently, practices either send their plans out to be transformed into a prototype by a third party or have internal staff physically make each model, but both methods are costly and time consuming.

‘By leveraging 3D printing, architectural professionals can speed this process up by several days, and often significantly reduce the costs of creating prototypes in the long run,’ says Zoe Thomas, assistant product marketing manager at Kyocera Document Solutions. ‘Having an on-site 3D device also allows changes to be made quickly. For any new product development firm, 3D printing technology allows them to create products faster, and having their own device means that products are more amenable to changes.

‘Compared with the current method of testing out new products, leveraging 3D technology means that there are fewer mistakes, more time saved and cost savings during all phases of new product development, due to the convenience of having a 3D printing device on-site.’

Contrary to much of the technology presented to CIOs today, measuring the return on investment of rolling out a 3D printing project is fairly simple.

For any company that’s monitoring their own performance in terms of man-hours on a project, it’s easy to track against. With 3D printing, it’s more efficient, there are fewer mistakes and you finish with a smarter product.

There are a number of different KPIs involved in a product development cycle that 3D printing can help to improve, including concept design, engineering and manufacturing. ‘Introducing 3D printing touches all of these areas, so there are many time, cost and efficiency KPIs to measure against,’ says Tyrtania. ‘With small, entry-level machines starting from £5,000 or less, the investment and risk can be minimised in order to achieve strong returns.’

That’s not to say, however, that challenges don’t exist. More education regarding the technology is definitely required, particularly in terms of when and how it should be used – it’s not a ‘cure-all’ and shouldn’t be treated as such.

And it’s not as simple as just pressing a button, either. Businesses need to make sure that they are using correct file formats and that their designs reflect the capabilities of a 3D printer.

At the same time, designers need to know how to create the kind of designs that allow them to get the most out of this manufacturing technology.

‘To help bridge the gap between design data and hardware, new open-source software tools, such as Spark, have emerged as a way of enhancing traditional CAD files so that they are compatible with 3D printers,’ says Harrington Au.

The rise of 3D printing also poses new challenges for assuring the quality and authenticity of products. Competitors attempting to reverse-engineer products will be able to do so far more rapidly since there is no need to develop certain tools, dyes, fixtures and jigs.

That’s why, by 2018, 3D printing will have triggered the loss of at least $100 billion per year in IP globally, according to Bourne. So how can manufacturers ensure they are purchasing genuine replacement parts for industrial equipment? And how can equipment manufacturers be sure that equipment they sell to customers is under warranty and uses genuine parts?

‘Part serialisation,’ says Bourne, alluding to the type of functionality normally associated with highly regulated industries such as defence, ‘may become attractive across the board. We’ll see attempts to embed “DNA” into 3D-printed parts, and the development of processes capable of checking for DNA matches.

‘Blueprints to be downloaded for printing should have a serial ID attached to them that corresponds to the serial ID in an ERP application. This way, it’s possible to ensure that warranty issues are not compromised and quality standards are maintained.’

Looking ahead, the market for 3D printing will no doubt continue to grow at a healthy rate, but it’s important that vendors commit to educating companies and that the technology evolves and further enhancements are made.

The industry is moving past prototypes and towards the ability to print final products. New uses for the technology appear every day as it becomes cheaper and easier to use.

‘With its potential for innovation, 3D printing is poised to be one of the most disruptive technologies in the future of making things,’ says Harrington Au.