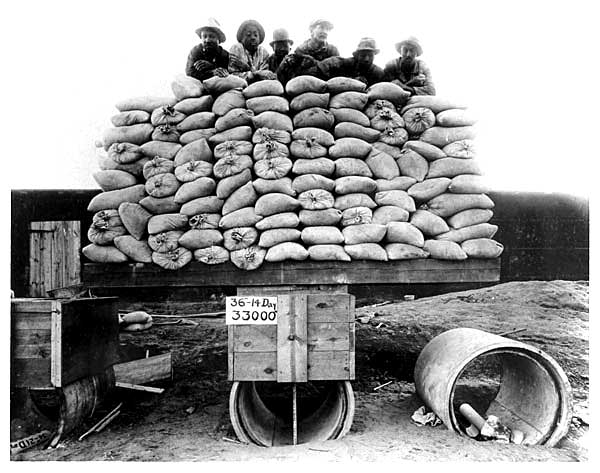 Among all businesses, the fight for market share has never been fiercer. Organisations are competing for customers on multiple fronts—in person, on the web, and via mobile applications.

Today, it’s simply not enough to churn out applications, products, and services faster than the competition.

Anything that fails to meet a high performance standard could cause a serious loss of brand value, revenue and the ability to attract and maintain customers and competitive advantage. That’s why load testing is more important than ever. With that in mind, here are the five software load testing predictions you need to know about for 2016

Move your test to the cloud

Imagine that your organisation is preparing for a big event. Maybe you’re a retailer gearing up for the January sales or you’re about to stream live video to millions of potential customers.

How can you ensure that your systems and underlying applications will meet your end user service level agreements (SLAs) and cope with the massive increase in traffic?

You could buy millions of virtual user licenses to test. Or a smarter and more cost-effective idea would be to simulate those users from the cloud, leveraging existing scripts to enable load testing from the cloud and get results within minutes.

Burst testing from the cloud provides a simple, secure way to simulate real-world user traffic without the cost and complexity of doing it yourself. By using cloud testing, IT gets an affordable, secure way to test system and application performance before a product or service goes to production, and the business doesn’t have to wait so long that it loses competitive advantage.

An increasingly large number of people view cloud infrastructure services as a key vehicle for ‘IT-as-a-service initiatives,’ cited by 25% as a top priority a recent report. Essentially, you can ramp up quickly, easily, and affordably, and in 2016 more enterprises will be doing this.

If organisations want to bring quality products and services to market on time, they must have the ability to virtualise conditions and ensure their solutions are ready for prime time.

The rise of the Internet of Things – from the connected light bulb to self-driving cars – increases the urgency among companies to get their applications right. Releasing a buggy video-streaming application will have major consequences, but consider an autonomous car going through red lights, or hack-vulnerable smart home security systems.

The challenge most enterprises face isn’t just getting testing done on time- it’s also getting it done accurately. But the cost of running full-scale production environments isn’t practical for most organisations.

Lifecycle virtualisation gives businesses a way to recreate the real-world conditions of a full-scale production environment, quickly, affordably, and with guaranteed accuracy without having to foot the massive costs of production-like environments.

The distribution of traffic and revenue across web, mobile, phone, and brick-and-mortar channels has changed dramatically over the last several years.

Today, the average enterprise is getting only 30 percent of its revenue from mobile, yet mobile users account for a much higher percentage of traffic.

Many retailers are choosing to shut down brick-and-mortar locations because mobile is less expensive to operate and it offers tremendous growth. However, simultaneously more companies are learning that mobile can be a less forgiving market. For example, two-star mobile app reviews are tough to correct, so ensuring a high quality offering from the beginning is important.

Mobile testing gives organisations a way to create virtual mobile users and test all of the underlying user, device, network, and back-end conditions that affect their experience with an app or website.

When conducting the testing, it’s important to consider how much of your traffic is coming from the mobile channel, what devices are people using and are they making purchases from mobile devices? Ultimately, you’ve got to think about your customers.

Get ready for performance engineering

With the rise of the mobile channel as a way to generate revenue and connect with customers, everyone in the organisation must understand performance. Whether the metric they care about is uptime percentage or how data centre resources are used, performance is often the key to making it happen.

The 2015 Performance Engineering Survey found that companies with more than 10,000 employees reported they could lose $5 million an hour due to poor performance – which can also damage the brand, revenue, competitive advantage, or all three, not to mention loss of customers.

Similar to Agile and DevOps, performance engineering requires a cultural shift more than a discrete set of tools, and it must be adopted throughout the organisation, driving informed decisions focused on end users and their experience.

In recent times social, mobile, analytics, and cloud (SMAC) have focused resources away from other areas, and while these have all increased in importance and cannot be overlooked, the web is still critical to the way organisations conduct business.

In retail, for example, the vast majority of revenue is still generated via the web channel, and businesses that lose focus on the web do so at their own peril.

In a 2015 Performance Engineering Survey, 67% of respondents stated that a web outage causes the biggest financial loss of any outage they experience.

In fact, the average financial loss during a web outage for the entire survey sample totalled $2 million per hour. The damage to a brand is harder to quantify, but as some past (and very public failures) have shown, it can be devastating and long lasting.

To establish a strong web testing model, it’s important to test your conversion flow. If the web is a significant revenue-generating channel for your organisation, how are you pushing your customers toward conversion? Does the funnel work without a hitch? Each component must also be optimized.

The urgency for improved load testing is clear. As systems become more composite and complex and the demands from end users continue to accelerate, the need for specialised tests will become more and more critical.