Skip to content
Home » Regions » Asia-Pacific » Who tops the list of US cities poised to benefit most from smart city tech?

Who tops the list of US cities poised to benefit most from smart city tech? 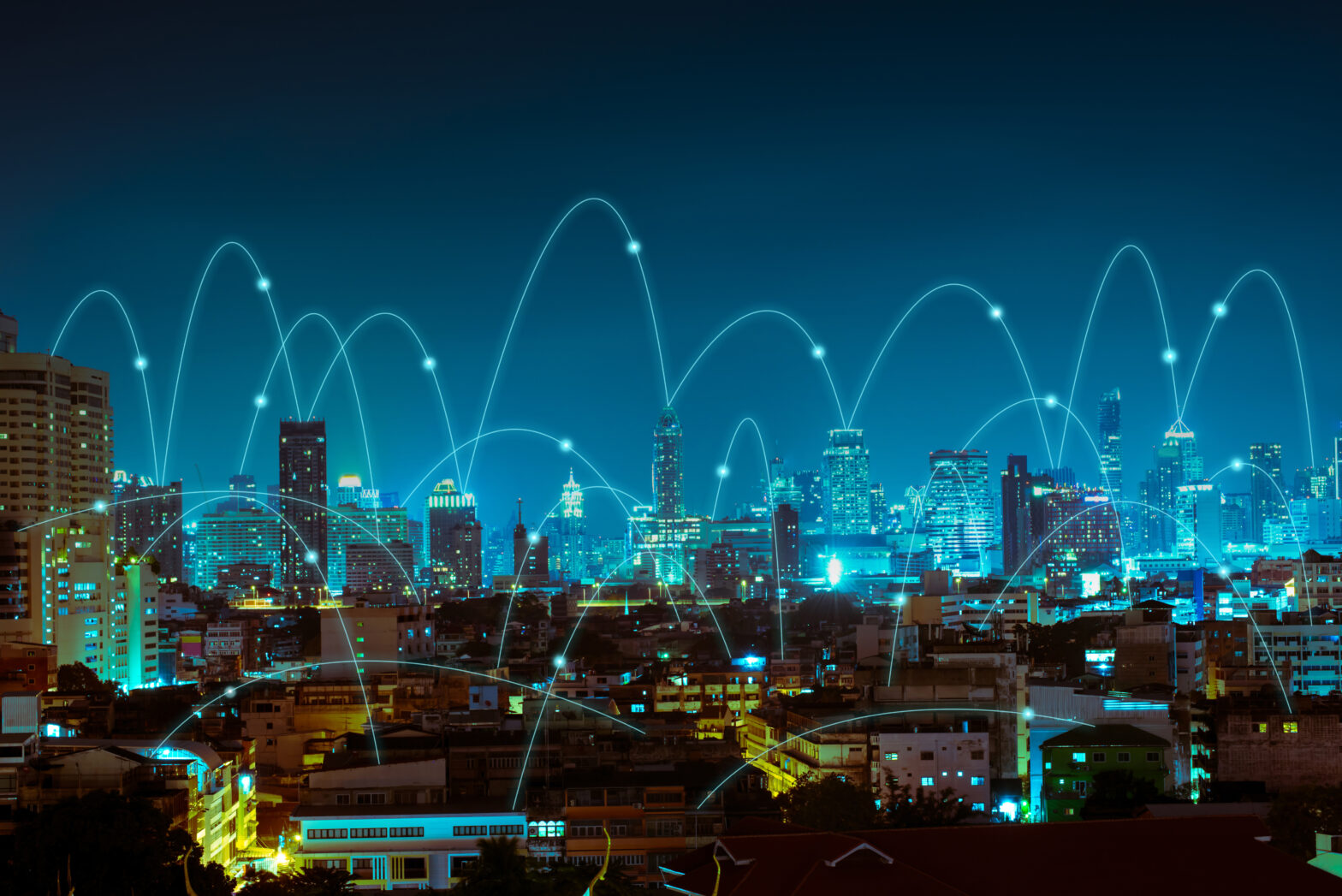 Industry experts agree that smart city technology – everything from connected transportation systems to smart building technology to IoT-enabled energy systems – has the potential to unlock tremendous benefits for cities and the people, industries and businesses that call them home. But those benefits will vary widely based on differences in geography, transportation systems, demographics and a variety of other factors.

“We are seeing an uptick in the adoption of smart cities practices. The efficiencies, conveniences and analytics that come from Smart Cities technology is something these communities can use to help improve transportation, infrastructure and services to ultimately enrich the lives of their citizens.”

The CA-Chordant Smart City Benefits Index is produced by industry-leading market research firm Compass Intelligence, and uses a proprietary algorithm to calculate the relative benefits of Smart City technology to each city based on a broad range of data points. The selection of 50 cities was based on over 1,000 compiled and curated news articles, reports, summaries, and research over the course of 3 weeks, including a review of smart city projects in place, historical listings of city rankings, and those who participated in the US Department of Transportation Smart City Challenge.

The index based its ranking on five categories of data: city demographics, city spend and infrastructure, business and economy, education, and other. Data integrated into the model includes transportation costs, infrastructure needs, population density, and business needs, among others.

“Those cities ranked higher or that have higher total points on the index are expected to be earlier adopters of smart city technologies and could potentially reap greater benefits of a return on investment.”

In terms of results, tech hub Boston tops the list of potential Smart City beneficiaries, but it’s more traditionally industrial cities including Chicago, Atlanta and Philadelphia that follow close behind, ahead of Austin, TX in fifth place.

There were also some surprises: Cleveland, typically seen as a net loser in the transition from industrial to technological, came in 12th ahead of tech giants San Jose and San Francisco, while Minneapolis, one of the larger metro areas in the United States, came in at the bottom ten of the index.

“Our absolute conviction is that smart city technology can benefit every single city in the world, but it’s useful to look at where those benefits will be felt most strongly,” said Jim Nolan, executive vice president, Chordant, at InterDigital.

“A ranking like the CA-Chordant Smart City Benefits Index should catch the attention of public officials, as they hold the responsibility for making their cities and regions competitive as homes for people and businesses. It’s critical that they start thinking today about how Smart City technology can shape the future.”

According to Compass Intelligence, the global Smart Cities market is expected to surpass $1.4 trillion by 2020, with Smart Governance and Smart Energy topping the categories of major investment. The final results and data model can be consulted at http://www.chordant.io/smart_cities_index. 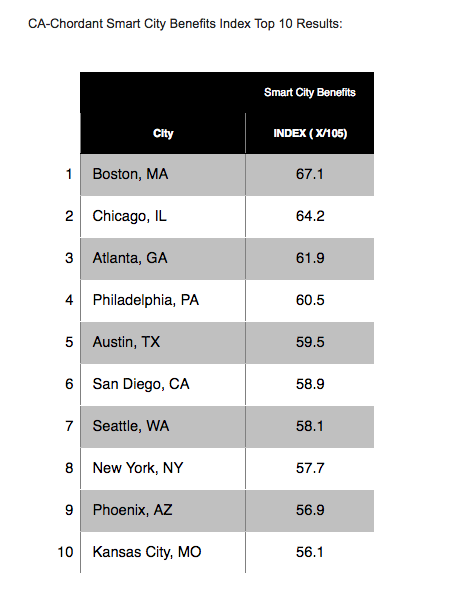