Skip to content
Home » Topics » Software and Applications » Interview with José Duarte, CEO of Unit4 – The transformation of an enterprise software veteran

Interview with José Duarte, CEO of Unit4 – The transformation of an enterprise software veteran 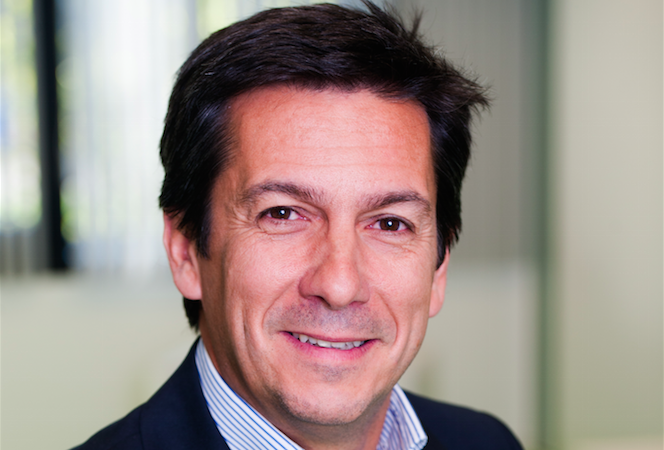 It seems like Unit4 went through a lot of change in 2015. What was the thinking behind that?

2015 was a massive year of transformation for Unit4. We’re globalising the business and we’ve had a lot of emphasis on starting to drive a big agenda on innovation. We believe that there is a big revolution happening out there and we want to take advantage of it.

We’ve unified the brand of the company. Unit4 is a brand that doesn’t tell you much, and before we were actually a collection of brands. Now, we’ve unified everything under one brand.

Besides this kind of visible stuff on the street, we have done a lot of heavy lifting internally in globalising a number of activities, like customer support, engineering and R&D, so that we can accelerate our innovation.

You also run FinancialForce.com, the pure-play cloud applications company built on Salesforce platform Force.com. How is it going?

It’s been a year of rapid expansion for us. It’s a pure cloud business and a joint venture with Salesforce.com. You can basically classify it as ERP sitting on the Force.com platform. So we have this dual-play in the market with Unit4 and FinancialForce.com, and the latter is a very fast-growth machine. It’s still a relatively small company but growing very quickly, whereas Unit4 is a much more mature business driving a massive transformation to the cloud with that concept of self-driving enterprise software.

Traditional enterprise software firms that have been around for as long as Unit4 have faced a big transformation with the growth of trends like cloud, mobile and big data. How have you faced this transition over the past year or two?

It is a mix of challenging and thrilling. Everybody talks about the transformation to the cloud, and everybody says that they are cloud. But I find the very over-simplistic angle that many people take – ‘are you cloud?’ and ‘are you multi-tenant?’ – mind-blowingly ignorant, because transforming into cloud is transforming the DNA of a company from a pure software to a pure service business. It’s a big journey, so we are advanced in some stages and we are not as advanced in other stages.

Where are we very advanced? Well, one of the big things we needed to look at was transforming our financials – our P&L – to let go of the juicy and profitable software business, and embrace software-as-a-service (SaaS). We are well advanced on this. We make much more SaaS revenue than we make from on-premise software.

The second thing we needed to make sure we had is the software ready to be deployed in either the pure multi-tenanted cloud, which I don’t think is a panacea, or, in our case, what we call ‘cloud your way’. So we have a private cloud – we love private cloud – and a multi-tenanted public cloud as well. The products are there – they’re pretty much ready and being deployed as we speak.

Where we are evolving a lot is in our back-office activities, where we have a very decentralised business that is not conducive to scaling fast and well in cloud environments. So we’re centralising everything so that we’re able to run at scale, and we want to bring everything onto a micro-vertical level. There’s a lot of heavy-duty work that we need to do in order to be fit for purpose in this world in which we’re living. I’m pretty excited by how much we’ve progressed in 18 months – it’s been quite an amazing ride – but there’s much more exciting stuff to come.

You have spoken a lot before about Unit4’s focus on people, rather than transactions and processes, when designing its enterprise software. What’s the thinking behind that, and how have you approached creating software for people rather than business processes?

It’s all about people you serve and the industries you serve. When I joined the company, as a new CEO I needed to understand what’s different about Unit4. I have a long history with SAP and in the enterprise software space, so I know very well most of the incumbents that are up there and have historically played in this market. All of these guys come from a world where the build of materials is at the heart of what you do. But the products Unit4 had were actually engineered for people-centric industries, where the level of flexibility you need for people’s processes and behaviours is much greater than product-centric behaviour, like the materials needed for a car. That level of flexibility was a very good angle that I saw we could play with.

The position in the ERP space is that all the leading players try to be everything to everyone, so one of the first things that I decided with my colleagues was to stick with where we are great, and that is with people-centric industries. In every industry you have primary processes and secondary processes – front office and back office. ERP physically plays in the back office, which is a good thing, but it’s far from the core.

We want to go all of the way to the front office – to the core infrastructure and primary processes of an industry – because that’s where the people who serve that industry add the most value. So we want to cover industries where people are at the heart of what the business does – and get out of the back office and into the front office.

Once you do that, you need to look and see what can you do today with technology that you could not do yesterday. This is where the people increasingly come in. What we saw is that everybody at Unit4 historically had been enslaved by the system. With mobile, social and big data, we can embed this stuff inside the system to make it work natively to take advantage of technology and change the business processes so that the system actually works for the individuals – rather than the individual working for the system.

With that comes the notion of self-driven ERP, where you emulate as many redundant data-entry activities as you can, and you pre-empt actions from the user to make the user work on exception rather than on default. We’ve had 25 years of users working for the system – I think now we need to see the system working for the people.

FinancialForce’s pure-play cloud approach is very different to Unit4’s – does that result in any clashes?

It will eventually result in clashes, but not at this stage. At the moment, we believe it makes sense to have those different approaches. We think the cloud world is going to be hybrid for many more years, so while we have a lot of belief in FinancialForce.com, we believe the fact that users can run on-premise through a private cloud from Unit4 is a beautiful thing.

The world is not going to be 100% cloud for probably at least five or ten years. We are going to see a war between clouds. Force.com will be one, and we believe that Azure will be another one. I think you’re going to see a very natural gravitation to ecosystems, and we want to make sure we are able to play in this.

So the differentiation will come not so much from the back end – at the back end, one is on Force.com and one on Azure – but much more through the primary systems and processes that users will run.

If it’s a pure consulting business, there might be a clash between FinancialForce.com and Unit4, but the market is so big that it’s going to take a while before we find each other on the battlefield.

>See also: The rebirth of Infor: a transformation led by tech’s coolest character

Cloud is indeed a battleground at the moment, particularly in the enterprise software space. With leaders emerging in areas like CRM, HCM and marketing software, does ERP represent the biggest growth opportunity in SaaS right now?

I think there are two huge opportunities in cloud: ERP and the vertical cloud game. We believe very much in vertical clouds where you actually connect to one or multiple ERPs.

What you are going to see more and more of from Unit4 is vertical cloud applications that naturally plug into other ERPs from the likes of SAP, Oracle and Workday.

I think that these two battles – the vertical cloud and ERP cloud – are at their absolute infancy, so there’s a long way to go.