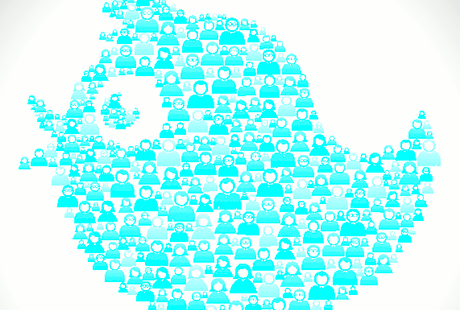 Social network Twitter is seen as a valuable source of market sentiment data, but new research claims that it does not represent public opinion.

US public policy analysis group Pew Research found that on political matters, the aggregate sentiment expressed on Twitter did not match the findings of traditional opinion polls.

For example, after the second US presidential debate, 77% of relevant tweets expressed a positive reaction to Barack Obama's performance. But a poll of over 600 voters after the debates found that 66% believed Mitt Romney fared better.

Pew said the mismatch may reflect "narrow sliver of the public represented on Twitter" and the fact that only a subset of people will get involved in, for example, political debates on the social network.

However, sentiment on Twitter is not necessarily more liberal (pro-Democrat) than public opinion, as one might expect assuming that its user base is younger than average, Pew found. Twitter reaction to President Obama's second inaugural address was less positive than public opinion polls.

"The lack of consistent correspondence between Twitter reaction and public opinion is partly a reflection of the fact that those who get news on Twitter – and particularly those who tweet news – are very different demographically from the public," Pew Research concluded.

"While [Twitter] provides an interesting look into how communities of interest respond to different circumstances, it does not reliably correlate with the overall reaction of adults nationwide," it said.

Nick Halstead, chief technology officer of DataSift, a UK start-up that offers Twitter analytics as a service, said that Pew's conclusion "exposes a misconception of how you should deal with social media".

He said that analysing tweets without taking demographic data into account is like asking someone to fill out a questionnaire without asking their age or sex. "You can't ask the whole of Twitter what they think about Barack Obama without asking what the skew of the demographics is," he said.

However, Halstead added that this is a misconception that is common among businesses, which often neglect to include demographic data in their social media analyses. "An example I always give is companies that have products aimed at a specific age range. They might do a marketing campaign and find that there is a lot of negative sentiment on Twitter, but it might be that the people in the right age range reacted positively."