UK citizens could use PayPal to log into public services 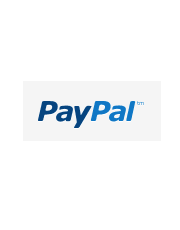 UK citizens may soon be able to log in to government websites using their PayPal accounts.

This morning, the Government Digital Service announced that the US online payments company has been added to the Identity Assurance supplier framework. This means government departments may in future chose to reuse the company's log-in system for online public services.

It is the eighth company to join the framework. Other certified ID suppliers include the Post Office, credit reference agency Experian and Cassidian, a subsidiary of military contractor EADS.

There is no obligation for any department to use any of the suppliers listed in the framework, however.

The first government IT system that will use these Identity Assurance suppliers will be Universal Credit, the Department of Work and Pensions' new benefits processing system. A spokesperson for DWP told Information Age that it has yet to decide which ID Assurance providers will be supported.

When the government announced the Identity Assurance scheme back in 2011, Cabinet Office minister Francis Maude described it as "little brother" – in contrast to the previous government's "big brother" plan for a universal identity register.

The idea is to provide citizens a choice of identity providers, with minimal cost to the government.

PayPal is a founder member of the Open Identity Exchange (OIX), a global project to build a system of standards and governance processes that allow identity credentials to be shared between trusted bodies (also known as a 'trust framework'). The UK's Cabinet Office joined the OIX in June last year.