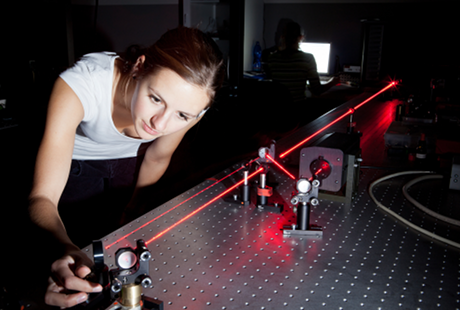 UK industry needs 50% more science, technology, engineering and mathematics (STEM)-qualified graduates than the country's universities are currently producing, according to a new report from an economics think tank.

The Social Market Foundation says that UK businesses will need 104,000 new STEM-qualified qraduates every year between now and 2020, citing statistics from the Big Innovation Centre and the Royal Academy of Engineering.

There is therefore a 40,000 annual shortfall in the number of STEM graduates in the country – or around 50% of the national annual output.

In its report, entitled 'In the balance', the Social Market Foundation says there are some things that could be done to reduce the rate at which school students drop STEM subjects. For example, schools could encourage more girls – who fare better than boys at STEM subjects at GCSE level – to carry them on into A-Level.

However, these would not make up for the entire shortfall. Instead, it says that improving STEM attainment earlier on the education process would increase the number of students who are eligible to pursue STEM careers.

"The real solution to the UK’s huge STEM skills deficit lies in starting much earlier to boost GCSE STEM attainment across the board," the report said.

To do this, it recommends calls on the government to "expand the supply of science and maths teachers".

"Teaching has a major impact on achievement, so expanding the supply of science and maths teachers is vital if we are to avoid a vicious cycle of self-perpetuating STEM skills shortages,' the report says.

The report adds that in light of the skills shortage, the UK's STEM industries will rely heavily on immigration. "But at the moment, the Government has a target to reduce net migration to ‘tens of thousands’ by the end of the parliament."

"Any further delays to improving our home-grown supply of STEM skills will make these industries even more reliant on migration in the future, further undermining the government’s aim to reduce migration whilst rebalancing the economy."