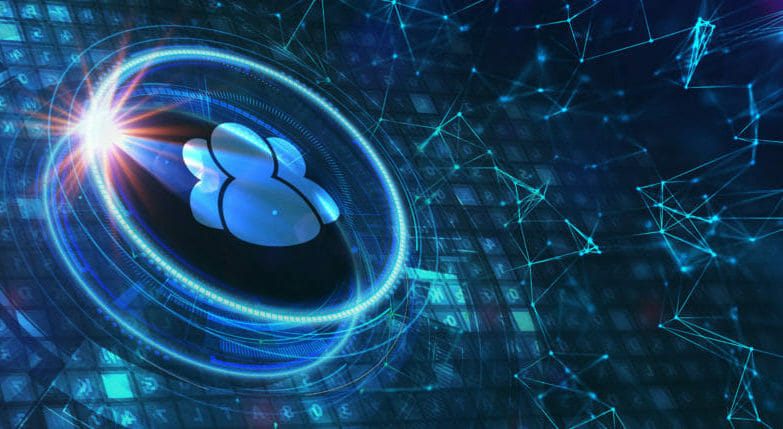 According to the Tech Nation research, released for London Tech Week, the UK tech sector has posted the most vacancies after healthcare, following a plummet in March, around when the pandemic started.

In nine British cities, tech companies account for a fifth of all employment, including Glasgow, Edinburgh, Bristol and Reading, and in Belfast and Cambridge, the sector employs 26% of the workforce.

Over the past two years, the number of people employed in tech companies has risen 40% to 2.9 million people, or 9% of the UK’s total workforce. More than one million of these positions are non-technical areas such as finance and marketing.

Last year, the number of vacancies in the UK digital sector was seven times that in the legal industry and eight times the number for manufacturing, according to Tech Nation.

One factor for the surge in employment relates to many digital companies hiring staff to handle a surge of orders from customers preparing to have a much larger proportion of staff working from home in future.

Bev White, CEO, Harvey Nash Group, commented: “The UK’s tech sector has been more insulated from the impact of Covid-19 as it played a pivotal role in moving the workforces on-mass to remote working, at the same time as ensuring consumers could continue to gain access to an array of digital services from their own home.

“As a result, we have only seen the tech recruitment market slow for permanent positions, but even here, things are starting to pick-up again – particularly for software developers, helpdesk advisors, cloud architects and cyber security specialists.

“In the IT contractor market, we have seen tech demand hold up better throughout the pandemic – as companies have quickly gained access to specialists to help deliver digital projects without a long-term commitment.” 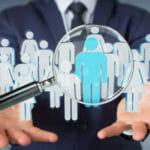 Can blockchain deliver a ‘paradigm shift’ for employment?

“Since lockdown, companies have come to realise that they need industrial-grade technology to run their businesses and tech companies are hiring people to service these new customers, expand and build new products,” said Haakon Overli, co-founder of enterprise software-focused venture fund Dawn Capital. “We’re seeing it right across our portfolio.”

The Tech Nation research also suggests that recovery from the pandemic is set to be uneven, with industries such as travel and retail predicted to drastically cut their workforces, while others are able to prosper from changes in customer behaviour.

Additionally, the report said the trend of remote working will continue to open up “high-paid, quality” opportunities to residents outside larger cities.

Recent research from Culture Shift found that culture has improved for tech sector employees while remote working. However, 50% said they feel isolated while working from home.

The skills gap and diversity

Despite employment in the UK tech sector looking promising due to the surge in vacancies, the skills gap remains an issue, with two thirds of businesses already have unfilled digital skills vacancies, while 58% say they’ll need significantly more digital skills in the next five years, according to the CBI.

“The significant increase in technology job advertisements is not only a clear indicator that organisations are struggling to find talent — but that the available workforce is not equipped to meet the demand,” said Agata Nowakowska, area vice-president at Skillsoft.

“Employers will have to address the growing digital skills gap within the workforce to ensure their business is able to fully leverage every digital transformation investment that’s made. With technologies like AI and cloud becoming as commonplace as word processing or email in the workplace, firms will need to ensure employees can use such tools and aren’t apprehensive about using them.

“This will mean instituting lifelong learning for employees — from day one — constantly reskilling and upskilling workers to ensure everyone has the opportunity to learn new skills.” 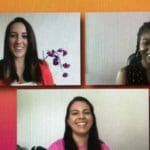 Maintaining innovation during the pandemic while promoting diversity

The recent Virtual Women in IT Summit hosted discussions on how to maintain innovation while promoting diversity amidst the Covid-19 pandemic. Read here

The importance of diversity

Sam Humphries, security strategist at Exabeam, said: “There are so many benefits to having a diverse organisation, but one of the more obvious reasons to cast recruitment net far wider is the technical skills gap – women represent a small percentage of a workforce desperate for more skilled workers. It’s a broad issue affecting many industries, but one that is particularly pronounced in cybersecurity.

“More companies need to embrace returners to work, offering opportunities to individuals who have taken a career break and are keen to get back to their profession or are able to cross-train, particularly for women who have taken a break to have a family or look after children.

“The skills these women have do not disappear when they have a career break; if anything they will acquire new skills from motherhood that will be valuable to the work world. These can be cross-purposed into a role. Particularly with a skills shortage, we can’t be turning away good candidates.”

Future prospects in tech are encouraging

White added that “future prospects for job seekers in the sector also look positive, as research from the 2020 Harvey Nash/KPMG CIO Survey, which will be launched in two weeks, shows that the majority of the UK’s tech leaders are either increasing or retaining their staff over the year ahead – with 82% of IT leaders in the UK expecting their technology headcount to increase or stay the same. Skills that are in most demand are cyber security, architecture, organisational change, and cloud.

“Furthermore, our research has found that the UK’s tech leaders are also hiring across the country, with more IT leaders in the North West, in technology hubs such as Manchester, planning to increase their technology headcount over the next year than in London. Both of these cities expect to recruit for more technology roles than the UK average.”