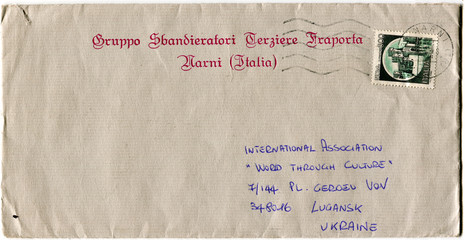 Ukraine’s national postal service, Ukrposhta, has been disrupted by a DDoS attack for the second day in a row, according to the Interfax news agency.

Ukrposhta is managed by Ukraine’s Infrastructure Ministry, and provides over 50 types of services in almost 12,000 departments all over Ukraine.

“Today, hackers have become more active, due to their actions, both the website and services are working slowly and with interruptions,” Ukrposhta said in an update on its Facebook page this morning.

The attack has mainly targeted the service of tracking parcels, according to the company.

The postal service said the IT systems were able to stabilise the situation, and after 17:00 yesterday all of the services on the website were functioning properly.

However, the second DDoS attack has continued to cause disruption. It is not the first time the service has been disrupted and Ukraine – as a whole – has had huge problems with DDoS attacks in the past with disruption to critical infrastructure.

In late July this year, the postal service said its computer network was seriously affected by the virus on June 27, which blocked and rendered useless its automated systems.

Commenting on the most recent DDoS attack, Igal Zeifman, director at Imperva Incapsula, said “From the description, it sounds like Ukrposhta is dealing with several repeat assaults occurring in rapid succession. Recently, such tactics have become more common due to their ability to disrupt some security measures and cause fatigue to the people in charge of the attack mitigation, forcing them to stay alert even in the quiet time between the attacks. In the first quarter of this year, we saw the number of such repeat assaults reaching an all-time-high, with over 74% of DDoS targets attacked at least twice in the span of that quarter.”