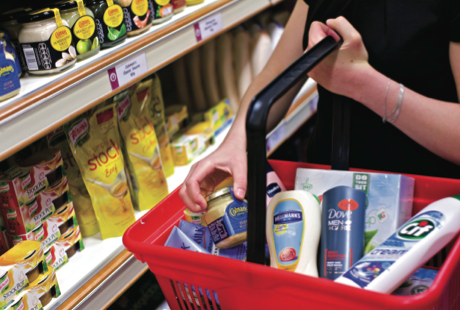 Every day, more than two billion people in more than 190 countries use products made by Unilever, making it the third-largest consumer goods maker in the world. In 2010, the company set itself the target of doubling its revenues in a decade or less – without doubling its costs.

According to Greg Swimer, vice president for business intelligence at Unilever, information management is playing a crucial role in that ambitious strategy.

To help its employees make better decisions, the company sought to embed data and analytics into its business processes.

That meant constructing a new global analytics platform. “We wanted to build an analytics powerhouse to give our 20,000 internal users insight to drive decision- making, unleashing the power of big data and injecting it into the business’s processes,” Swimer said at Forrester Research’s recent CIO Forum in London.

The base of this ‘powerhouse’ is a global enterprise data warehouse (EDW), built using Teradata’s database platform and using SAP software for extract, transfer and load (ETL) and master data management (MDM). This replaces around 40 departmental data warehouses and data marts spread across 5,000 servers around the world.

Such an ambitious consolidation project requires some sophisticated stakeholder management, Swimer advises. “Moving to an EDW in one project requires a careful balance of business priorities and technical requirements.”

On top of the EDW, Unilever is building two further layers. The first is a document repository containing standard reports, which employees can access through a Microsoft SharePoint front-end.

The second is a business intelligence layer, built using Microsoft’s BI infrastructure and data visualisation software from Tableau. This allows employees to find the answers to their questions as they arise.

It is still a work in progress – the whole project will be not be complete until next year – but it has proven to be wildly successful so far, Swimer says. In the last quarter of 2012, he says, 85% of business users said that they had improved access to information including over 6,000 commonly used reports as result of the new data infrastructure.

One critical component of that success has been the fact that the business takes ownership of end-user-facing systems, says Swimer. “Although we have central IT and information services teams, any given analytical project or business function is run

Swimer points to three other management factors that he says are helping to drive success.

The first, he says, is creating a working environment that nurtures talent and develops skills.

The second is understanding the principles of a successful technology strategy. “It must be flexible and scalable, and drive a large degree of user service," he says.

And the third component is "balancing success for both short-term and long-term objectives.

“It’s important to move quickly, while maintaining our goals for how the data warehouse will grow and perform over the long term,” says Swimer.