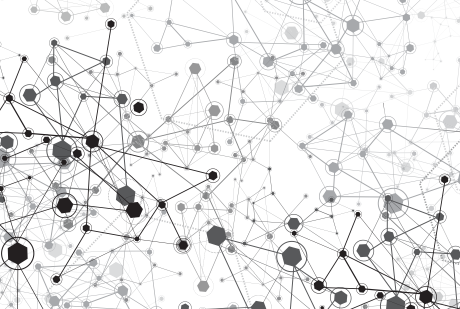 The UK is a world leader in what used to be known as the 'semantic web'.

Tim Berners-Lee has done much to champion the idea of marking up online data sets with information about their meaning, using the Resource Description Framework (RDF) standard.
It was presumably his advocacy that led, in 2010, to the surreal spectacle of then-prime minister Gordon Brown publicly celebrating the move "from a web of managing documents and files to a web of managing data and information".
The BBC's use of RDF to organise its archive was the most frequently cited semantic web case study.
And for a time, the semantic web looked like a ripe commercial opportunity for British vendors. In 2011, Birmingham-based library management software company Talis sold its legacy portfolio to Capita, in part to refocus on its emerging semantic web business.
The focus of attention has shifted in recent years, though, from the "semantic web" to "linked open data". Many of the same technologies are involved, but the cause of transparency has proven more compelling than re-organising the web.
As for Talis, it shuttered its semantic web practice last year, citing insufficient commercial interest. "We feel we have done as much as anyone to evangelise the benefits of the [semantic web]," CEO Dave Arrington said at the time. "However we also feel that there isn't and won't be an addressable market that coalesces around the technologies themselves.
"Rather, they are being absorbed into mainstream use."

Another company to have experimented with semantic web technology is UNIT4, the Dutch-owned ERP vendor that acquired UK accounting software provider Coda in 2008.
The company collaborated with UK semantic web consultancy Epimorphics to develop a platform that allowed customers to expose their data online as SPARQL endpoints, meaning it could be retrieved using SPARQL, the querying language for RDF.
The platform was developed with local authorities in mind, facing as they are growing pressure to be transparent. "We were hoping we would have an audience of armchair auditors," recalls Pete Brown, chief technology office of UNIT4 UK.
As it turns out, there was not as much demand for local authority data in SPARQL format as hoped. "In order to consume the information from a SPARQL endpoint, you really need development skills," Brown says.
But UNIT4 did not give up. Instead, it decided to combine the semantic data platform with its analytics engine. This engine is typically used for corporate performance management, i.e. analysing financial data to plan budgets, and includes data visualisation functionality.
The new platform, which can deployed behind the firewall or hosted by UNIT4, offers local authorities a range of possibilities, the company says.
They can pull in data from their own applications and define it using RDF 'triples' (what each data point is, what it means, and its value). They can also integrate open data from around the web. This might include performance data from nearby authorities.
They can then use UNIT4's analytics engine to interrogate and analyse the combined data. And, perhaps most significantly, they can open up the analytics interface to the public, so citizens themselves can slice and dice the data.
This, UNIT4 hopes, offers local authorities a better chance of engaging the public. "There are more armchair auditors who can use a visualisation platform than know how to use SPARQL endpoints," says Brown.
The company unveiled the new platform, called UNIT 4 Data Services, at its UK user conference in March. That session was the most crowded of the conference, Brown says, perhaps suggesting that there is still some interest in a semantic web-based open data platform.
But really another roll of the dice, another attempt to push the technology into the mainstream where so many have failed before.