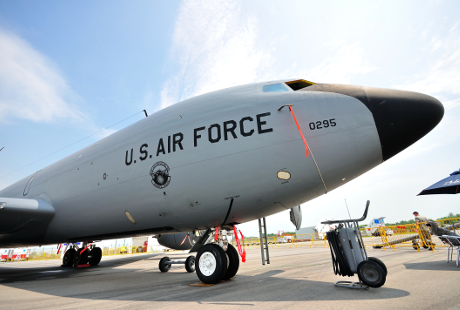 The US Air Force has classified a number of cyber security tools as weapons so that its cyber warfare programmes are more likely to win government funding.

Speaking at a military conference in the US yesterday, Lieutenant General John Hyten said that six unspecified cyber security capabilities have been reclassified as weapons.

He said that this will make it easier to pitch for funding from the Pentagon, Reuters reported today. "This means that the game-changing capability that cyber is, is going to get more attention and the recognition that it deserves," Hyten said.

Reframing security tools as weapons suggests that the US military is warming to the idea of using its cyber capabilities aggressively.

Earlier this year, the New York Times reported that a "secret legal review" by the US government had concluded that it would be within its rights to launch a pre-emptive cyber attack on a foreign target, if it had evidence of an imminent threat to its own systems.

The paper previously reported that Stuxnet, the worm that targeted control systems in an Iranian nuclear refinery, had been developed by the US and Israeli governments.

In March, a White House security advisor said that the US will "take action" against China unless it takes "serious steps" to curtail cyber crime and economic espionage.

In July last year, a report by the House of Commons' Intelligence and Security committee argued that the UK should take a more aggressive stance in cyber space. "There are … significant opportunities for our intelligence and security agencies and military which should be exploited in the interests of national security", it said.

However, a separate investigation by the Defence Select Committee found that developing cyber weapons is difficult. "If you really want to knock out the enemy's air defence system [for example], you are going to have to design something very specifically for that purpose," Professor Sir David Omand, a former civil servant and now security academic, told the investigation.