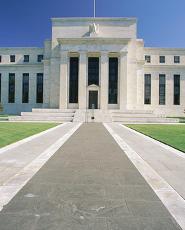 The US Federal Reserve has admitted that it fell victim to a security breach in which private information about 4,000 of its employees was stolen, Reuters reported on Wednesday.

"The Federal Reserve system is aware that information was obtained by exploiting a temporary vulnerability in a website vendor product," a spokeswoman at the bank told the news agency.

"Exposure was fixed shortly after discovery and is no longer an issue. This incident did not affect critical operations of the Federal Reserve system," the spokeswoman said, adding that all individuals affected by the breach had been contacted.

Reuters said it has seen a memo sent to Fed employees warning that their home address, business phone number, mobile phone number, business email and fax number had been published.

On Sunday, a spreadsheet that seemingly contained contact data of Fed employees was posted online by 'OpLastResort', an Anonymous-affiliated campaign that is purportedly raising awareness of Internet law reform in the wake of activist Aaron Swartz's recent suicide.

The Federal Reserve did not explicitly state that the information published in the spreadsheet was stolen from its contact database. Information Age has contacted the bank and is awaiting comment.