‘VR will help create the workforce of the future’ 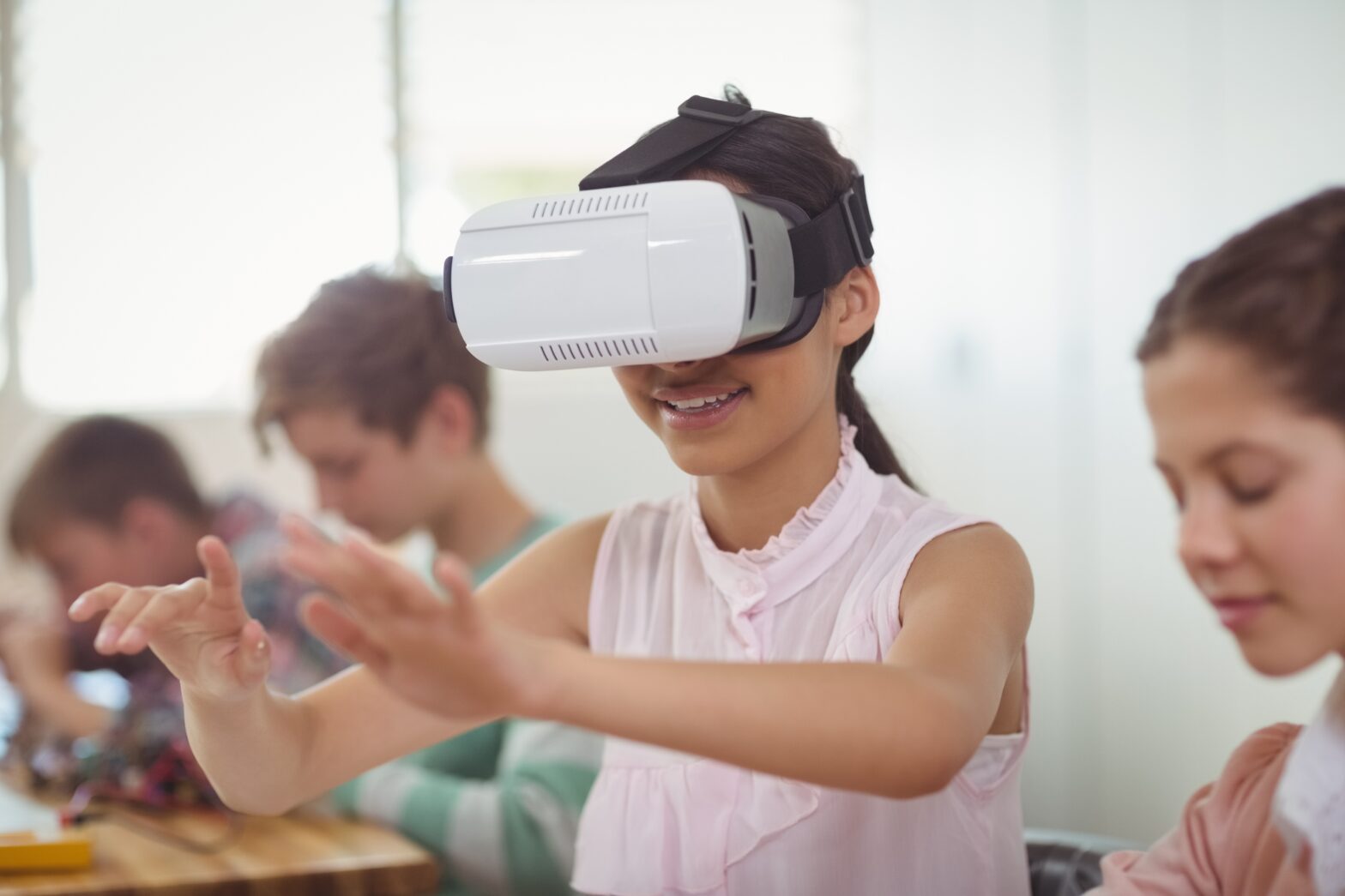 Lenovo has today released new data that shows almost all teachers (94%) in the UK think that virtual reality (VR) would benefit the classroom, with nearly half (42%) estimating it will be commonplace in the next five years.

The research, in partnership with TV personality Helen Skelton, revealed that teachers also propose that technologies such as VR will be crucial in creating the workforce of tomorrow, with 84% predicting future jobs will be heavily influenced by tech.

“Having met and worked with children all over the country over the past few years, it’s become increasingly clear that we need to be more creative when offering visual learning,” said Helen Skelton, TV presenter and former Blue Peter host. “Children are so engrossed in technology these days it is vital this translates to the classroom as well. As this research demonstrates, VR is the perfect enabler for students, no matter their background or abilities, to experience the unexpected and thrive within our education system.”

>See also: Will VR herald an evolution of the education industry?

VR is generally a new addition to classroom learning and its consumer uses are still being explored, but the overwhelming use case to bring it to schools was clear throughout the study. Although only a quarter (23%) of teachers have used VR in the classroom thus far, almost all of these (97%) found that it made for more engaged students.

Of all teachers surveyed, over a third admitted that they have struggled to make things in the world real and relatable when their students have not experienced them previously, and 42% said they often don’t have the time to do so.

However, two-thirds believed these problems can be solved in the future through VR, with the ability to bring things to life called out as the biggest benefit of the technology.

Of all the wide-ranging uses of VR, teachers would most want to take students to explore new worlds – like climbing to the top of Everest, see moments in history – like the D-Day Beaches in WW2, or explore wildlife and the natural world – like watching a volcano erupt. This mirrors the subjects that teachers feel would most benefit from VR, with Sciences and Geography making up the top two.

Sophie Bradshaw, head at Croydon High Junior School GDST said that teachers are “seeing first-hand how engaged our girls are when they interact with technology. We have girls as young as five learning to code and our teachers do an amazing job at bringing their subjects to life. We’re all for continuing this journey, introducing more technology where we can, and ensuring our girls have the experiences they need to become the solution architects of the future.”

Three in four teachers stated that there will be a positive effect on the design and creativity skills of students, while over half claimed that VR can actually help build aspirations for students regarding the types of jobs they want to do.

Obstacles still remain for teachers in delivering the best experiences though, with over two thirds revealing budgets are the biggest hurdle they face, followed by lack of technology and time.

In-line with technology being one of the top three issues, 73% of teachers agree that it is also the key facilitator to move classrooms forward into the future, and 55% firmly believe that VR will see an up-turn in grades.

Rich Henderson, director, Global Education Solutions at Lenovo said that “the research highlights that tech and specifically VR offers endless possibilities when it comes to teaching, students are no longer bound by classroom walls and teachers are no longer bound by traditional lesson plans. There’s a whole new range of experiences for students to take inspiration from, with three quarters (75 per cent) believing that VR can support blended learning, and embedding into existing practices will improve the classroom. It’s time to embrace this technology and give teachers the tools they need to inspire the workforce of tomorrow.”