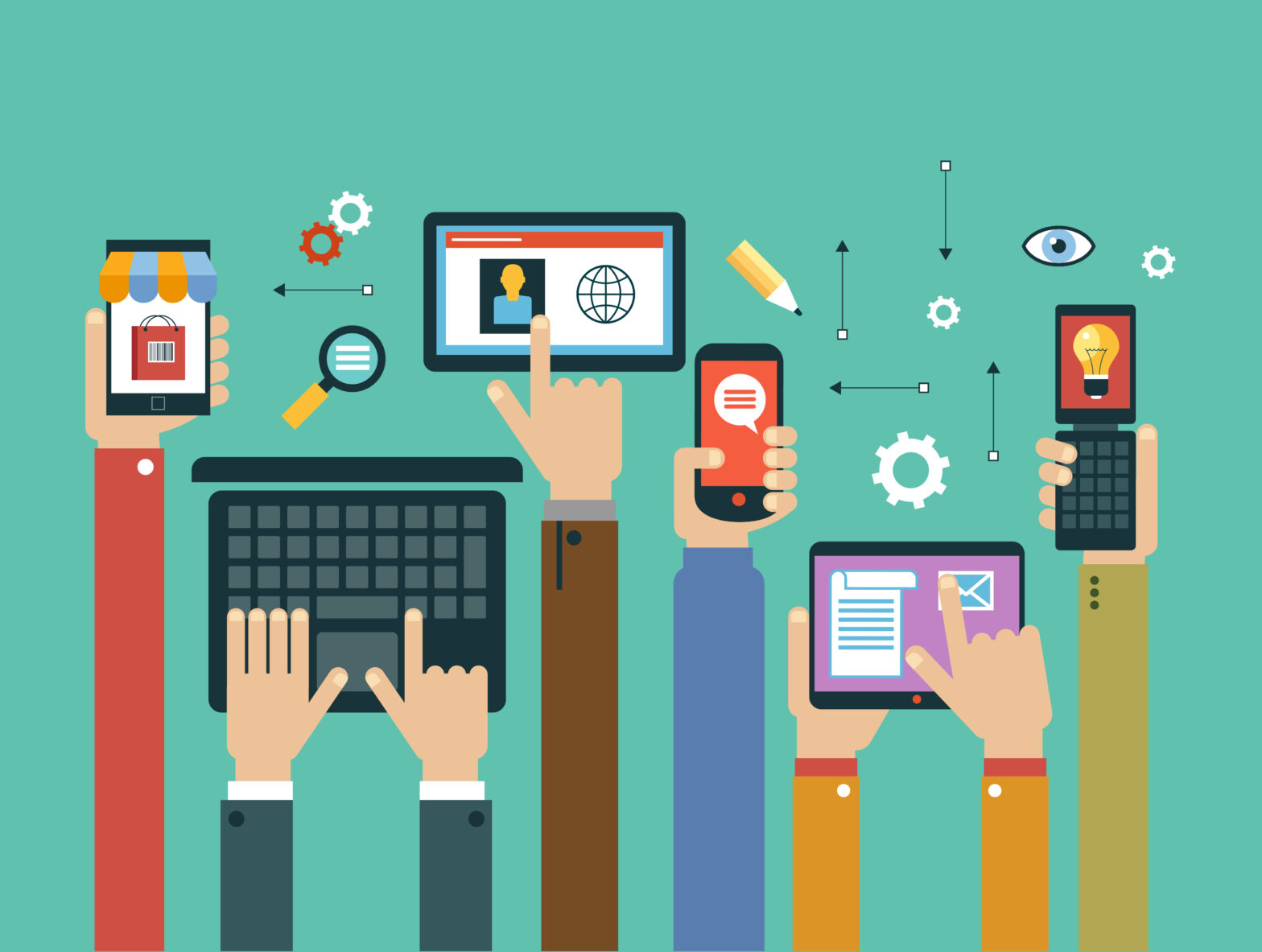 The software industry has always been prone to getting excited about its own technologies. But with web services, it is excited as never before.

Barry Morris, CEO of integration middleware company Iona, is an example. He believes that a major change in the way applications are bought and deployed is already underway: “If I’m right about web services – and I firmly believe I am – the economics of the software industry are about to change fundamentally,” he said.

says a recent report. “This is the single most important theme in modern application development.”

Scott Diesen, the chief technology officer of application server software supplier BEA, puts it another way. The first generation of the world wide web linked users to applications using HTTP and HTML standards; the second generation, using the XML (web services) technology, links applications to applications. “Web 2.0 will have a bigger impact on enterprise IT than web 1.0.”

This enthusiasm for web services is not confined to the vendor side of the equation. Customers, too, love the technology. Take Mike Parks, the CIO of Virgin Mobile US: “There are huge benefits in implementing web services: reduced implementation timeframes; ease of use; code re-use; industrial strength applications.”

In line with the advice of some analysts, he says customers should get on with it, even though there is more work to be done on the technology. “Early adopters can realise benefits that outweigh waiting for finalised standards.”

A study of the web services opportunity by Accenture, the services company, found that many IT departments have already reached the same conclusion: “In the case of web services, its not ‘wait and see’, its ‘try it and see’.” Of the 286 top executives asked, 89% were “very or somewhat familiar” with web services and 76% ranked web services as a “high or medium” priority.

Already, a steady stream of organisations have installed web services technology and services, including UK supermarket giant Tesco and US business information specialist D&B (Dun and Bradstreet). Furthermore, more than one-quarter of European financial and investment companies have “on-going web services deployments”, according to a December 2002 survey by IT market research company Forrester Research.

All the excitement, however, does not mean that a clear or well-defined market has yet emerged for web services, or, in fact, that it will ever emerge. While most analysts and suppliers see web services as a mere evolutionary step in one sense, building on object-oriented or component-based development and remote procedure calls, they also see it is a fundamentally “disruptive technology”. That means rapid take up, a frenzy of activity, new suppliers, new markets, and then rapid consolidation and ubiquitous take up.

In that kind of environment, measuring markets is hazardous. Certainly analysts are forecasting explosive sales for web services. Organisations spent $1.7 billion on web services technology products and services in 2002, and this will increase to $39.8 billion by 2006, according to IT research company Ovum. Gartner puts the figure at $21 billion by 2005 for “software using web services standards”.

But identifying winning or losing categories or companies is not easy. “This is extremely profound stuff, and people are still a long way off understanding its impact,” says Morris of Iona. Some suppliers have forecast the annihilation of whole software sectors – among them the specialist enterprise application integration (EAI) vendors in which Iona operates, for example (see below).

Others see such arguments as simplistic. Tommy Josephs, the chief technology officer of EAI supplier Tibco, for example, says: “Web services is a collection of standards for connectivity. So Tibco is today a WS company.” Equally, the suppliers of ‘monolithic suites’ – such as SAP or PeopleSoft – say they see web services as a way of extending their influence, not as a threat.

Even the professional services companies, which some have said will ultimately suffer as system integration becomes technically simpler, are expected to win huge swathes of business because their customers will be unfamiliar with the complexities of deploying web services.

One thing is clear: every enterprise software supplier has endorsed web services, and many have already released specific web services tools, platforms and services, or upgraded their existing products to handle the technology. They are competing with their traditional foes, as well as a raft of new companies.

This frenzied activity has led to a fragmented, labyrinth-like web services market, where the lines between different vendors’ products and services are often blurred. Dozens of analysts reports have attempted to make sense of it all.

provide development tools, application servers and integration and deployment tools, often around a common set of interfaces and standards.

Another group: the EAI vendors, such as Tibco, Vitria and Iona. These companies are arguing that their products will benefit from standardised interfaces and tools and an expanding market for integration tools, but they are simultaneously fighting a marketing battle against those who say that eventually the functions they supply will be commoditised by the web services-based tools.

A third group: the business application vendors, including PeopleSoft, SAP and JD Edwards. Their approach is to expose their own processes and functions using web services interfaces, and then make these accessible using new web services brokers, exchanges and application servers.

The prospects of the suppliers depends, in part, on how web services are actually used in practice. It is already clear that the initial driving vision – of a world in which organisations form loose application-to-application links or even whole ‘webs’ on an almost ad-hoc basis, has been largely abandoned.

Even though executives such as Carly Fiorina, the CEO of HP, argue that “web services is about the move to the horizontally networked company” [with many services bought in from outside], almost everyone agrees the most immediate opportunity is in integrating existing and new systems together.

Alfred Chuang, the CEO of BEA, agrees: “The biggest contribution of web services will be integration.”

This, in itself, is significant. Nearly two-fifths of CIOs said that integration challenges had slowed the rate of application adoption in their company, according to a 2002 survey by investment bank Morgan Stanley. Nine out of 10 are thinking of using web services to help solve the problem.

That puts the EAI vendors and their products under the spotlight. Sales of EAI products have continued to rise, even through the recession and the emergence of web services, so if there is a threat, it does not seem to be immediate.

In fact, Tommy Joseph of Tibco likens the development of web services to the rise of the ODBC open database access standard. It did not destroy the market for data integration and analysis projects or products, but increased it, because more systems could be accessed.

Even so, many EAI vendors have already moved into markets for integration broker software, which maps and translates data between different applications, and business process management, where businesses use workflow-type techniques to integrate existing applications together.

Some observers believe integration will not only be easier, but cheaper. By using web services technology, suppliers can reduce the cost of an integration project by between 9% and 16% the first time an application is integrated and by between 13% and 20% when “the integration points are reused”, says lead analyst Murthy Nukala at IT market research company the Sand Hill Group. The extent to which customers will share these dividends remains to be seen.

Web services technology may also have a more profound effect, driving the two or three distinct markets of integration tools, development tools and applications together, possibly around one platform or a set of interworking tools.

Among the software infrastructure players, analysts at Forrester and Gartner, single out IBM and Microsoft as the early leaders. Both companies have rolled out new web services tool kits in 2002 and 2003, which are closely tied to their new and existing infrastructure products.

But the ultimate shape of this development and middleware market is unclear. Application development, for example, involves managing fine grain components, while integration involves linking processes together. It is not clear that the two will remain separate indefinitely. Ian Howells, marketing director for SeeBeyond, an EAI supplier, for example, says his company is now “in the business of creating composite applications. You create apps from other apps.” Although they will clearly try to take some of the market for themselves, the application providers will help this process by exposing their processes as web services.

The committed involvement of all the big suppliers will still leave room for many smaller and specialist companies. There is, for example, a new breed of network intermediaries, such as Grand Central Communications and Flamenco Networks, which provide hosted web services and managed broker services. For example, Grand Central’s web services network provides support for data transformations and message routing, as well as a secure third-party for transactions that flow through its network.

Forrester Research believes these providers will have an important role to play in the adoption of web services, although it is still pessimistic about the prospects for other niche web services platform and tools suppliers.

Infrastructure heavyweights, such as Sun or IBM, will probably acquire vendors, such as Blue Titan Software, Cape Clear Software or Systinet, but many others will fold, says Truog at Forrester. He adds, “Most of the development little guys will get ploughed under – or find new frontiers – by 2004.”

But it is still early days, and there will be new companies and opportunities, especially in managed services. As Schadler of Forrester says, “Web services technology is where HTML was in 1995: ready to launch.”