What is a ‘digital strategy’? 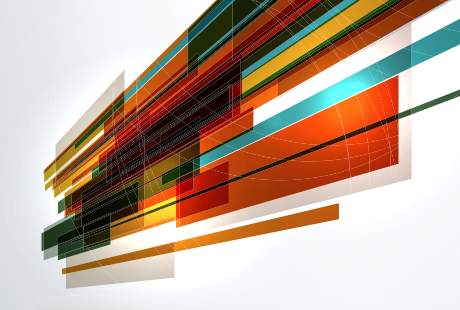 In the last few years, the word 'digital' has become increasingly common in the management discourse.

A number of organisations, including Starbucks and BestBuy, have appointed 'chief digital officers'. The UK government's most influential technology mandarin, Mike Bracken, is its 'digital director'.

And now, Gartner has found, most large businesses are pursuing a 'digital strategy'. The analyst company surveyed 390 senior business leaders from companies with $250 million or more in turnover, from all around the world, and 52% of respondents said they have such a strategy in place.

But information technology has been digital since the invention of the microprocessor. So what exactly do these businesses really mean?

According to Gartner vice president Mark Raskino, who oversaw the survey, the understanding of the term varies wildly between businesses. "'Digital' is being used in reference to three time horizons," he says.

First, there is a definition of digital that looks back to the past. "Many businesses are looking at the whole e-commerce, e-business area that everyone was talking about in the late 1990s and thinking, we haven't done this as fast as we should," Raskino explains.

These businesses are primarily drawing up a 'digital strategy' through fear of failure, he adds, having seen the likes of Kodak fail to adapt to the digital era.

Elsewhere, the word digital is used to describe current technology trends such as social media, mobile applications and cloud computing. "Mobile is especially hot," Raskino says, "as business leaders feel the need to show that they've got good mobile applications for the bragging rights among their peers."

A number of survey respondents said that they thought their IT departments should be making more use of cloud computing, Raskino told Information Age today. "Cloud is not something the CEO wants to care about, but I think they see that there's a benefit and they maybe feel that IT is holding onto their old stuff."

The third use of the term digital is in reference to the near future, in which products and services themselves become digital. "The most obvious example is the automotive industry," says Raskino. For car-makers, embedding digital systems into cars is no longer a question 'if' but 'when', he explains.

Other industries will soon face the same pressures, Raskino says, with the tobacco industry looking like a prime candidate. "E-cigarettes all contain microprocessors, some of them have wireless capabilities and many of them charge up using a USB connection," he says. "The industry is moving from cigarettes to an electronic nicotine delivery platform."

What a business means when its says it has a 'digital strategy' therefore depends on whether they are trailling the pack, engaged in the present, or looking to the future, Raskino says.

Eventually, though, all business must look to the future, in a way they haven't had to for the last 15 years, he adds.

"Businesses have had a decade and a half of packaged innovation," Raskino argues. "They've just said to the IT suppliers, sell me the next thing I need to install to upgrade my business, whether it's supply chain optimisation or customer relationship management. But that's finished – there's nothing left to sell at that level.

"Now businesses have to invent their own future."

Blowing your own trumpet

Raskino reports that the survey identified an interesting difference between US and European business leaders. Respondents were asked whether they could name a company in their industry whose use of information technology they admire.

Fewer than 50% of European respondents could even name a company whose use of IT they admire. And of the companies admired by European executives, only about half were themselves European.

By contrast, US respondents could readily identify organisations who use of UT they admire. Perhaps unsurprisingly, only two European companies were named by US respondents, one of them being Accenture, which was founded in the US but is headquartered in Dublin.

Raskino believes this is because European businesses, and their CIOs in particular, are reluctant to tell the story of their IT-driven successes. "I think European CIOs either don't see the point, or they don't think it's their place – there's a kind of deference to the business."

"But if European CIOs don't talk about what they've achieved, how can European business leaders see good examples of technology in business? My advice to CIOs is to get out there and tell your story.

"If anything, it will mean you get more CVs through the door from people who want to work with you."