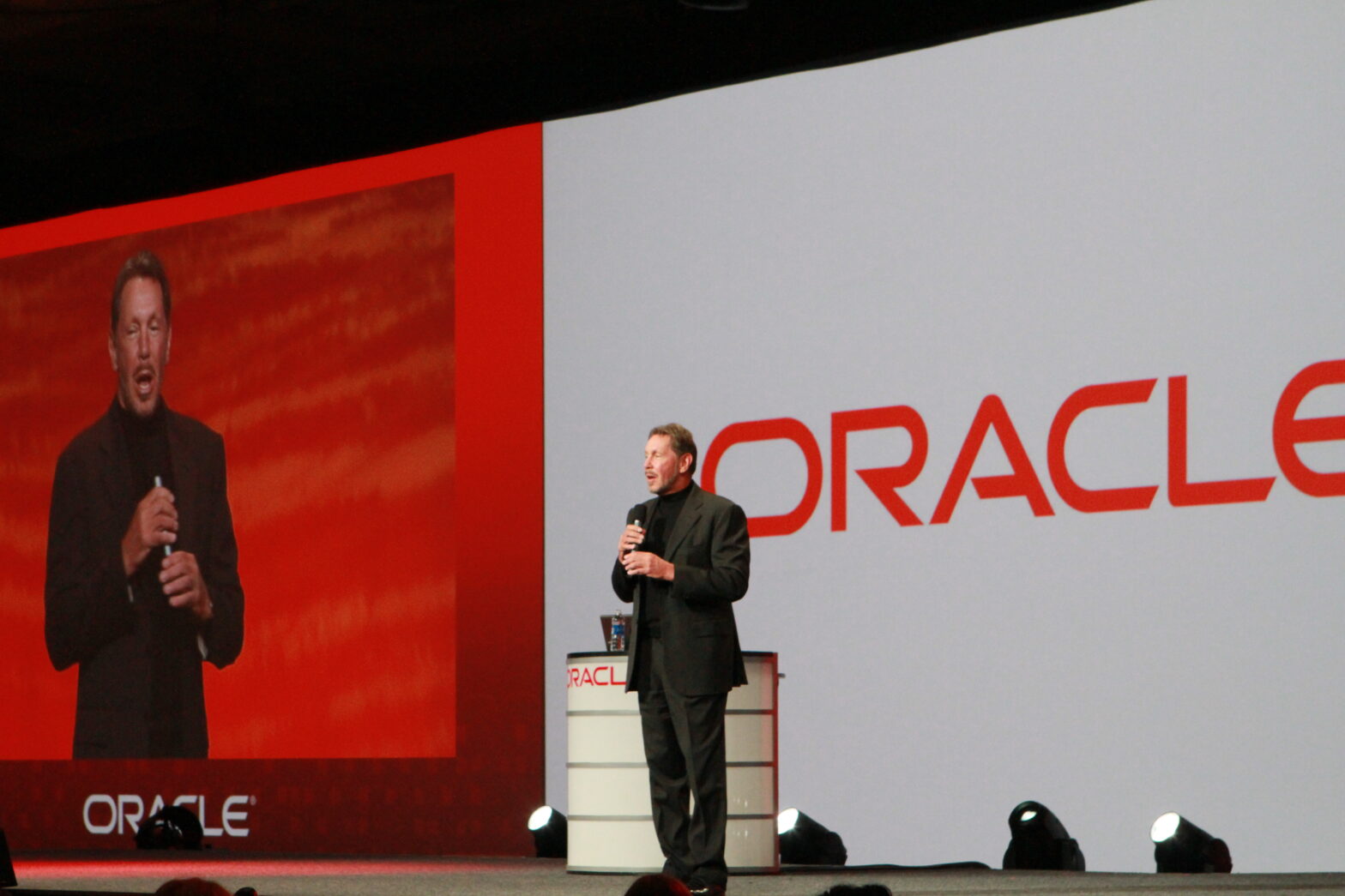 For once, Larry Ellison was caught on his back foot. At the Oracle AppsWorld conference in London in June, the CEO of database and business applications company, Oracle, was confronted by an irate IT consultant.

“What is the opportunity for consultants in the new Oracle structure?” the consultant asked wryly.

Ellison struggled for several minutes to find his famed eloquence. And perhaps with good reason. In the 1990s, Oracle made enemies of the many consultants it had partnered by implementing an abrupt change of course. It decided to take a big chunk of their business for itself by building a huge consulting operation of its own – now a $2 billion unit in its own right.

Now, with the $6 billion bid for PeopleSoft on the table and huge new consulting possibilities looming into view, Ellison’s advice to the consultant was hardly reassuring: “As consultants you should be focusing less on technology components and more on advising on business process,” he directed.

This example – and there are many others – demonstrates an aspect of Ellison’s character for which he is renowned. Once he sets his mind on a position, he will go after it with impatience and aggression until he gets his way – no matter who he upsets.

Back in the late 1980s, Ellison made a similar decision about business applications, a move that helped to turn the database supplier into the powerhouse it is today. Even so, in this case, something clearly went wrong along the way. And the sense that Oracle is losing the applications war (to SAP and PeopleSoft) became painfully obvious to Ellison in the closing months of 2002.

At that point, Oracle’s applications business was in bad shape. Over the previous five quarters, the unit’s software revenues – the key measure of its health – had been crashing by an average of 34% a quarter.

For the closing quarter of calendar 2002, Oracle reported application licence revenue of $108 million compared to $958 million at SAP and $143 million at PeopleSoft. And the Gartner Group forecast that Oracle would gradually lose more ground to its two big rivals. Clearly, in Ellison’s mind, something had to be done – and done quickly.

On the product side, there was going to be some help as the company went into 2003. Although Oracle 11i, the latest version of its suite of business applications, had first shipped in May 2000, take-up among existing customers had been slow. A full 18 months after the release date, Oracle admitted that only 225 customers had upgraded – a situation not helped by a stream of reports of serious software bugs in the product.

At that time Oracle had announced a ‘de-support date’ for 11i’s predecessor, Oracle eBusiness Suite 10.7. It knew, therefore, that no matter what shape its revenues had been in during 2002, as the de-support deadline of 30 June 2003 drew closer, the company would see an upsurge in revenues as customers were forced to move to 11i. With 8,000 of the 13,000 user base still to move, the first two calendar quarters of 2003 were going to look sweet to Wall Street. Its share price would rise, its cash pile up.

The opportunity that presented itself loomed large: if Oracle was going be a long-term player in the applications market it had to be at least number two, Ellison thought, and increasingly PeopleSoft was looking like thwarting that ambition.

Six months earlier, in May 2002, PeopleSoft CEO Craig Conway — Ellison’s heir apparent when he was at Oracle in the early 1990s — had thought he spotted his former mentor showing weakness. Oracle had just reported a 31% drop in new applications software sales; PeopleSoft a 21% fall. Both looked like they were also-rans in a one horse race.

Conway asked Ellison for a meeting. There, he proposed that Oracle spin out its applications business and combine it with PeopleSoft to form a new company. Ellison recalls Conway saying, “the two applications businesses together would [create] a very formidable player”.

“We thought it was a good idea to put the two businesses together, but we… were unable to agree upon the structure. [But we] continued to follow PeopleSoft very, very closely,” said Ellison.

The idea of some combination of the two companies fermented for a year until 2 June when PeopleSoft made a move in a different direction, announcing an agreed takeover of fellow business applications software house, JD Edwards, for $1.7 billion. That was going to confirm its position as the number two in the market.

Flush with strong upgrade revenues from the end of its financial year on 31 May, Ellison was not going to stand back and let that happen. A few months earlier, he had approached Chuck Phillips, the most respected enterprise software analyst on Wall Street, and on 15 May, Phillips shocked his peers by announcing he was leaving investment bank Morgan Stanley to work in a loosely specified role in the ‘office of the CEO’ at Oracle. Many speculated that his role would be to advise Oracle on strategic acquisitions.

As PeopleSoft and JD Edwards celebrated their engagement, Ellison took a call from one of his advisers: “It think it is time to move on PeopleSoft.” Ellison agreed. Within days – on Friday 6 June – it made its bid.

Is the hostile takeover bid for PeopleSoft a reflection of a more bullish outlook for the applications market, Ellison was asked by an analyst in a 5.30am conference call on the day of the announcement? Not really. “[This is] something we’ve been looking at for more than a year… the timing worked out very well for us,” he replied.

Phillips’ new role quickly became apparent. His job was to assuage any concerns large institutional shareholders might have about Oracle’s (increased) $6.3 billion bid, a figure that offered them a 29% premium over the PeopleSoft share price on 5 June.

While Wall Street likes the sound of that, the Oracle move is being received less warmly by PeopleSoft users – largely because Oracle has said it will halt development on PeopleSoft products and try to upgrade users to its own applications.

That has customers rallying to PeopleSoft’s cause. Air New Zealand’s program director Chris Alderson, for example, bristles at Oracle’s proposal to scrap the PeopleSoft product line. “Even if the upgrade [from PeopleSoft] to Oracle was free, there would be unpalatable implementation and training costs [for] no benefit,” he says. The only thing an Oracle takeover would do is hurt the customers, he insists.

That cost analysis is echoed by the chief information officer (CIO) of healthcare group Alcon Labs. “Having to convert to Oracle would cost us millions and millions of dollars without any benefit,” said Dr Robert Brobst.

Others, such as Fujitsu America’s human resources management systems head Glenn Marfell, have already said they will boycott Oracle’s applications. “We would never move to an inferior Oracle product,” said Marfell. And the CIO of a UK utility company described the idea of scrapping a product line in which customers invested almost $2 billion last year as “completely immoral”.

Analysts point out that, at this stage, Oracle could not take any other line. Identifying any PeopleSoft product as having a future would be tantamount to admitting the product is superior to the Oracle equivalent – a situation that would be a sales and marketing nightmare for Oracle if the deal fell through.

For its part, Oracle maintains that if its offer is successful, it will at least not wind down support for PeopleSoft products. In his keynote speech at the Oracle AppsWorld conference, Ellison re-emphasised a commitment to extend support for PeopleSoft 7 “for a year or two”, a version of the suite that PeopleSoft had said it would stop supporting at the end of this year. The current version, PeopleSoft 8, he said, would be supported by Oracle “for at least the next 10 years.” However, if the acquisition is successful, Oracle “will not actively market” the PeopleSoft product line.

Despite its reassurances, Oracle’s reputation in the user community is not going to be enhanced.

Many of the company’s own users are still smarting from the upgrade to 11i. The Oracle user group deemed it “the hardest, most complex upgrade Oracle has ever done”, and has even set up a ‘10.7 de-support group’ of several hundred Oracle customers, who will provide communal technical support after the 30 June deadline. As one of them told the CNET news service: “Oracle has introduced a sort of artificial Y2K.”

But none of them would prefer to tackle the task of a complete product switch, as Oracle is proposing for PeopleSoft’s 5,100 customers. Most of these users are already in the throes of their own costly and time-consuming upgrade: from PeopleSoft 7 to 8. With support for version 7 running out in January, this is also creating a welcome bounce in PeopleSoft’s revenues. Users, perhaps persuaded to get their upgrade underway before an Oracle takeover causes a haemorrage of PeopleSoft support and consulting staff, helped PeopleSoft boost revenues by around 3% for the quarter to 30 June. That performance was also helped by a ‘promise’ that customers would be repaid two to five times the amount of the original license agreement if Oracle halted development of PeopleSoft products within two years of an acquisition.

Meanwhile, a realistic outlook (though Ellison can’t admit it at this stage) is that Oracle will come under intense pressure to preserve PeopleSoft’s customer investments by keeping some of the more popular modules not just alive, but moving forward. As Hasso Plattner, SAP’s joint CEO, observes: “It wouldn’t work to buy a company, stop selling and developing [its products]. If they want to replace 11i with PeopleSoft, that would make sense.”

If it is unwilling to run a dual and overlapping product line (maybe even a three-way product line if PeopleSoft’s acquisition of JD Edwards goes through), Oracle will have a major revolt on its hands, with customers leaving en masse for rivals.

That situation – and there is no precedent on this scale in the software industry – could result in the boldest of acquisition bids backfiring on its instigator, with the real winner SAP.