Skip to content
Home » Sectors » Consumer Electronics & Mobile » The when, where and how of consumer entertainment and technology today – study

The when, where and how of consumer entertainment and technology today – study 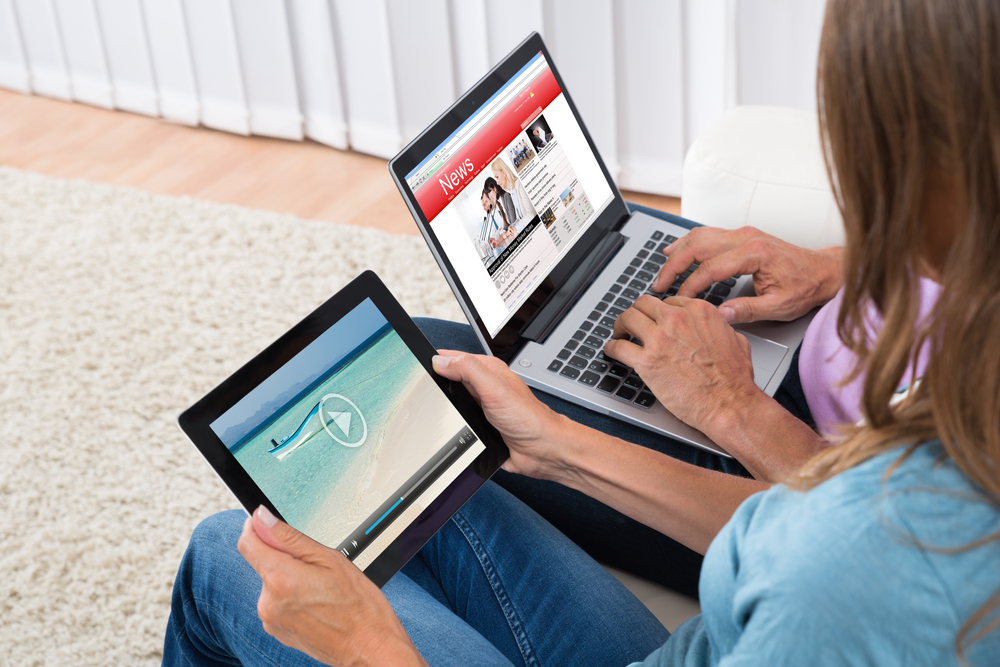 In recent years, there has been widespread panic among traditional pay-TV providers over subscribers cutting the cord, however a recent Rovi Survey 4,000 pay-TV and over-the-top (OTT) content subscribers revealed that only 3% of global viewers had actually done so.

But that’s not to say that subscribers are not thinking about it. In the UK for example, the survey found that over half (51%) of respondents have considered cutting the cord. In addition, the research also highlighted that stronger discovery strategies can help increase content consumption and boost subscriber satisfaction.

What we are seeing here is a number of interesting trends emerge in viewer behaviour related to discovery, search, and recommendations for entertainment content and programming.

> See also: Mobile web vs. apps: which will triumph in the battle for advertising spend?

Discovery providers need to keep pace with these trends and make sure they are providing consumers with the content they want, when they want it, and on the device they want to watch it on. But what are the key priorities for the modern viewer driving these changes?

While the above research reveals only a small number of consumers have cut the cord to traditional modes of programming, we must also take a look at some of the reasons why and what might make more consider this.

What’s fascinating is just how fast the move to on demand capabilities has happened, how differently we now consume content, and the impact this is having on guidance technologies.

While we expect support for live TV events such as sporting events and news to remain strong, other content is moving quickly toward being made available when it is convenient for consumers.

Owing to the exponential increase in TV options and the rapid expansion of entertainment libraries consumers are now able to tap into more content, and more easily, than ever before. In the UK 42% of viewers reported watching up to six hours of entertainment per day, the longest amount of time compared to our global counterparts.

Centrality of the entertainment experience has also become even more apparent for today’s consumer. As consumers move towards viewing more content online and on demand, we’re moving into a realm where we are able to watch content exactly when we want.

Over a quarter of UK consumers said they frequently plan their day around their favourite TV programmes or other entertainment content, including 16% who say they do this 'everyday'.

In keeping with today’s 'binge viewing' trend, 40% also admitted to frequently staying up 'too late' to continue watching a TV programme or film, more than reported in both the United States and Asia Pacific regions.

Perhaps even more interesting is that over a quarter (28%) also detailed frequently streaming content at work, showing just how important viewing content is for consumers, when and where they want.

The push for personalisation

Recent market changes have resulted in a growing cross-industry push to personalisation, with marketers, retailers, and others feeling the benefit of hyper-personalised customer communications. For broadcasters this need not be any different.

Personalisation is crucial in order to keep pace with changing customer interests and to capture the attention and imagination of individual consumers. In fact, the same Rovi survey found that 57% of UK subscribers surveyed would be willing to extend their pay-TV service contract if they were offered better search or recommendations capabilities.

> See also: Why mobile video is driving the evolution of advertising

Personal devices, for example, require much more granular and targeted recommendations. In contrast, a shared device should provide much more high level recommendations but perhaps focused on specific events such as time or day of the week.

Such differentiated recommendations are extremely important to ensure the relevant content is brought to the right consumer at just the right time.

The ultimate goal for service and content providers should now be to connect consumers to the entertainment programming that is most relevant to them at any given moment across a range of devices.

Providers need to offer the same level of advanced usability that consumers now expect from any other web, mobile or social media service. Specifically, they stand to potentially gain increased revenue and happier customers by providing better search, recommendation, and advanced discovery features.