Whos ready to fight for the next billion mobile customers? 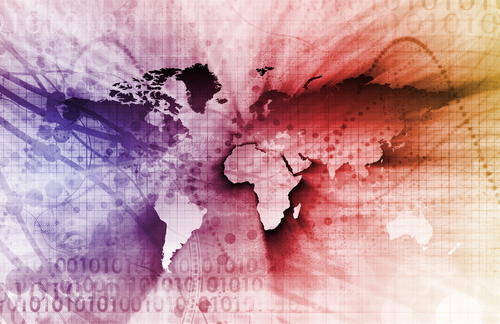 In emerging markets, both established and newly launched mobile players fight it out to gain what has been referred to as the next billion customers.

However, this next generation of customers are mostly still using feature phones and this is no longer a market that the established global brand like Apple and Samsung (as well as their respective communities of developers) are competing in.

This means there is a move afoot to push these consumers towards the first step of the smartphone ladder.

For emerging market consumers, the allure of brands such as Apple and Samsung is strong, thanks to them being considered the leading two brands in mobile and having the marketing muscle to promote that fact on a global scale.

In fact, in research by Upstream and Ovum earlier this year, which looked into smartphone usage in China, India, Vietnam, Nigeria and Brazil, Apple took the spot for the most-coveted brand with almost a third of the vote (32%), followed by Samsung (29%).

In addition, 70% of the people polled said that global brands offered the best content in the market.

Apple continues to refuse to even entertain the idea of creating a ‘lesser’ device for these countries, although it did take one of its first steps into this area earlier this year when it partnered with China Mobile.

By partnering with a local (and also the world's biggest) mobile operator, the iPhone manufacturer is able to bypass those tricky hurdles of price point and a lack of localised content, taking the most direct route to these new potential customers in what Canalys revealed to be the world's biggest smartphone market.

In the short term, Apple’s strategy to enter China has reaped rewards of a 28% growth in revenue in the country, according to its July earnings announcement.

So now it’s time for the other big players, like Samsung and Nokia, to recognise the power of these local partnerships and the benefits they offer in these diverse new markets.

For example, Samsung ruled supreme in India and China for a long time thanks to the variety of devices and price points it has to offer, as well as access to Google Play and the usability of the Android operating system.

But it underestimated local vendors like Xiami in China and Micromax in India, which were able to win a significant market share by undercutting on price and offering localised services in their respective countries.

The study showed that 76% of smartphone users consider whether content is familiar and easy to understand before buying a device, 78% consider whether it is in a language they understand, and 74% look for a payment method that is accessible.

As well as providing a range of affordable devices, this helps to highlight why Xiaomi saw a 240% year-on-year growth, which Strategy Analytics recently revealed made it into the world's top five vendors for the first time ever.

Therefore, whether you’re a device manufacturer or a developer looking to target emerging markets, one thing is clear: content is king.

Before the major brands know it, these local companies could very quickly become market leaders in the competition for the next billion customers.