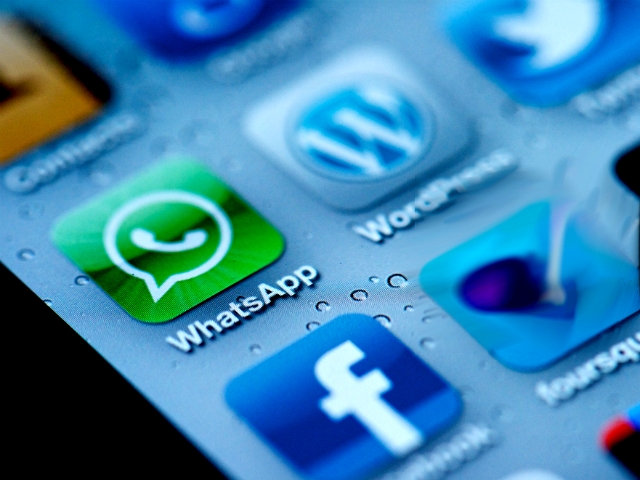 The social messaging market is growing rapidly, with messaging volumes to reach 69 trillion and subscribers growing to 1.8 billion by the end of 2014, according to Ovum forecasts.

An immediate benefit to Facebook in the WhatsApp acquisition is that it has enabled two strong social messaging players to be on the same team. WhatsApp is a player that is strong in both mature markets as well as emerging markets across Asia and the Middle East, which present a significant growth opportunity for Facebook.

At the same time, Facebook is growing its mobile footprint with close to a billion monthly active mobile users. This makes innovation in mobile services and capabilities an imperative, either organically or by acquiring best-in-class applications like WhatsApp.

With the acquisition, Facebook has gained access to WhatsApp’s large repository of phone numbers, which was a missing link for Facebook’s user information. The access to phone numbers now bridges the offline and online worlds of Facebook users.

WhatsApp will also enhance Facebook’s mobile strategy and make the service grow faster and be stickier with mobile first users. Facebook will in turn provide WhatsApp with the funds and resources it needs to develop the service and become an even stronger competitor in an increasingly over crowded messaging market.

According to Ovum's Mobile Messaging Forecast, operator based mobile messaging traffic (including MMS, SMS, A2P SMS) will peak in 2014 with 7.7 trillion messages, declining in 2015 to 7.6 trillion messages.

While OTT messaging is set to grow strongly year-on-year, Ovum's Social Messaging Traffic and Subscriber forecast estimates OTT messaging traffic to have hit 27.4 trillion in 2013 and growing with triple digit growth rates to 68.9 trillion by the end of 2014.

SMS volumes were higher than social messaging volumes in 2012, but in 2013 messaging apps took a big leap forward and overtook traffic. We can expect strong growth in traffic to continue in the coming years. Over the Top (OTT) social messaging applications cost CSPs $32.5 billion in lost SMS revenues in 2013, which is predicted to reach $54 billion by 2016.

There are questions as to how Facebook will position WhatsApp and its own Facebook's own Messenger application in the longer term. In the short term at least they will continue to operate as standalone, separate applications.

Facebook Messenger has met with success and according to Facebook the application saw a 70 percent increase in usage during the fourth quarter of 2013.

However, it seems likely that that the two messaging services will eventually be merged, possibly under the WhatsApp brand that has greater resonance with consumers that Facebook Messenger.

Facebook will need to develop WhatsApp but must ensure it does so in a way that does not compromise the appeal of the core service that has proved so popular with users.

Under its own management, WhatsApp has made a point of staying true to its messaging roots and aimed to remain a pure play messaging service by avoiding broadening the platform to support additional services such as games.

Facebook works harder than any other social site to keep people coming back. In the past year they've focused much of that effort on mobile — introducing Home and Paper, and upgrading both their Facebook and Messenger apps — and this is another step towards keeping people engaged no matter where they are.

It'll be tempting to read this as a sign Facebook is scared of losing teens. And yes, the company does have to work hard to keep young users engaged. But the reality is, Facebook always works hard to keep all its users engaged, no matter their age.

Facebook is tireless in its efforts to keep users coming back. That's why their 1.2 billion monthly users keep visiting the site more and more frequently, rather than drifting away.

On 4th Feb 14, in my article ‘Now we are Ten’ celebrating Facebook’s 10th anniversary, I concluded with the lines: “Of course, Facebook has both cash and profits so it can buy any new fashion that might take its fancy. Much as it did with Instagram. So Facebook as a corporate group might have brighter future than Facebook ‘the site’. After all, Zuckerberg’s ambition was ‘To connect the world’, but did he mean it would all be via Facebook?”

I didn’t have to wait long for that prophecy to come true. A few minutes ago whilst checking my own Facebook status up comes a message from one of my Facebook friends – Sheryl Sandberg – announcing the massive $19b – $4b cash/$12b stock/$3b in future vested options – acquisition of WhatsApp. As well as the WhatsApp founders, Sequoia, with its 20% stake, is the big external winner.

WhatsApp really is where the teenagers are – a demographic where Facebook has been losing users. It's also big in emerging markets. WhatsApp has 450 million monthly users with 70% active each day. It is basically what us oldies would describe as a text-message system on smartphones. Indeed, WhatsApp has probably now overtaken SMS. The big competitor – in China anyway – is WeChat. Maybe that's Zuckerberg's next target?

Facebook says it will run WhatsApp as a separate entity – exactly as we predicted above. Founder CEO and ex-Yahoo engineer Jan Koum will join the Facebook board.

Reports say that WhatsApp has just 50 employees. 50 employees = $19 billion? The word ‘amazing’ seems totally inadequate. Although I still can't get my head around these amounts, you probably have to put it in relation to Facebook's $180 billion market value. $19 billion would NOT break Holway's Acquisition Indigestion rules.

Money aside, my view is that this is a very smart move by Facebook. Mark Zuckerberg’s aim is world domination and this is another step in that direction.