Why Generation Z is about to take your workplace by storm 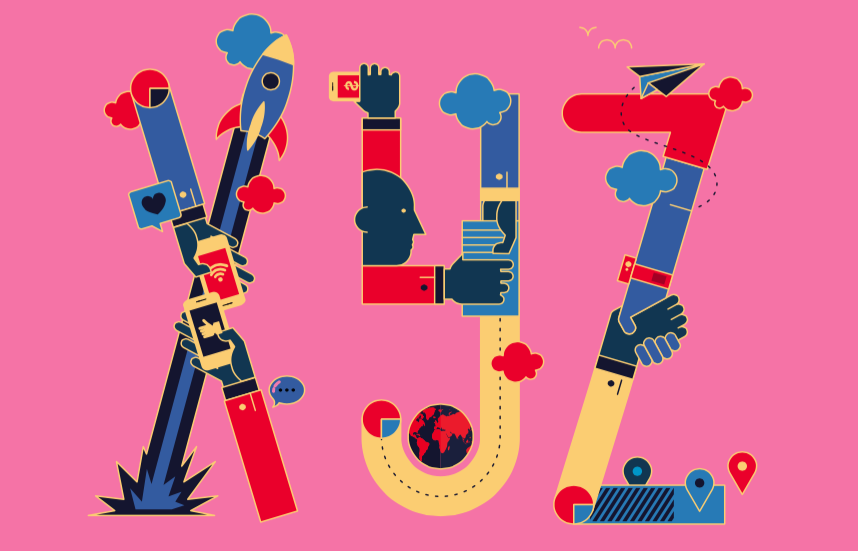 The arrival of Generation Z in workplaces around the world is being greeted with varying degrees of apprehension, excitement and, in some cases, fear.

In a recent cross-generation study by Ricoh, nearly two-thirds (63%) of older workers said they expect workplace tensions to increase when Generation Z – those currently aged 19 and younger – join their company.

It remains too premature to understand exactly how Generation Z will want to work, but their social habits provide a big indicator. Being the first generation to grow up alongside social networks has had a profound effect on how they communicate.

At its core, new tension in the workplace is likely to stem from differing preferences in relation to technology-driven productivity and collaboration.

Studies into the attributes of Generation Z have painted them as gratitude-craving, narcissistic, competitive and disloyal. As the first generation to grow up with social media and smartphones as their dominant modes of communication, they are also digitally adept and expect all technology to run seamlessly.

‘Generation Z is a new breed of young worker that distinctly values autonomy and independence,’ says Mark Furness, CEO of Essensys. ‘The rise of digital nomads and the fact that freelancers and contractors will soon become the majority in the workforce, demonstrates the influence that Generation Z, and Millennials, are already having on the workplace.

>See also: How to motivate and engage Generation Z

For these workers, the nine to five at the same old desk is history. This new generation no longer expects a job for life, but the trade-off is independence and the freedom to conduct work on their own terms.

Underpinning that is 24/7 access to just-in-time digital products and services that facilitate their fluid schedules.

‘Multiple technologies have come of age to fuel this expectation,’ Furness adds, ‘and the increasing automation of how services and technology are provisioned has eroded the barriers to this working lifestyle.’

Generation Z want to do the job, but equally they don’t want to be confined to rigid working hours. Flexibility is king for them – more so than money.

Sub-five years’ experience, IT workers stay on average in a job for just 15 months. That’s a big shift away from two generations ago, and is about the length of time that a contractor would sign up to for a single project.

‘A lot of our contractors negotiate to work one day from home, and Generation Z, with their desire for flexibility and short-termism, are becoming a generation of contractors in all but name,’ says Lisa Forrester, director at GCS Recruitment. ‘They aren’t nervous, and they aren’t scared about being upfront in this regard.’

While overall youth unemployment is high, there is a lack of digital skills in the UK, so young people that do possess the right qualifications know that they’re in the driving seat.

‘At a speed networking event for graduates and employers that we held recently, we witnessed graduates approaching it with great confidence, interviewing their prospective employers as much as they were being interviewed themselves,’ Forrester adds. ‘The chance to shine led to ten tech graduate placements.’

When they do start work, employers can expect Generation Z to seek a collaborative environment. They will thrive in companies where a personal contribution is encouraged, rather than subdued.

They have been exposed to a world of social interaction that few of the older generation have experienced. They master personal branding, are used to watching online tutorials to learn new skills, and rely on crowdsourcing to solve issues.

‘Their relation to information and hierarchy has been influenced by their digital world,’ says Stan Berteloot, marketing director at KDS. ‘This generation likes to be constantly challenged. It can be a good idea to manage them on projects by helping them focus on the various steps. Long, never-ending missions may well bore them.’

Implementing technology is one thing, but knowing how to use it for maximum benefit is quite another – this is where the benefits of Generation Z will be most visible in the workplace.

Generation Z will accelerate dramatically how technology is deployed – improving its utilisation – and be instrumental in shaping a technology culture in business.

Their most creative applications will likely come from jobs outside an office environment, where they will flourish with their natural propensity to use technology.

‘A digitally driven, data-centric world is not science fiction for Generation Z,’ says Chris Gabriel, CTO at Logicalis UK. ‘They expect to be coding at work and controlling their homes remotely, and anticipate delivery drones, 3D printing and connected cars to be the norm in ten years’ time. Forget bring your own device (BYOD) – this generation plans to build their own technology.’

So to what extent do organisations need to rethink their workplace in order to allow the greatest productivity amongst Generation Z workers? A decision is required regarding the moment when organisations should shred their conservative mindset and allow access to technologies that fuel employee efficiency.

This will require a serious rethinking for many IT departments. And the first and most vital stage is to understand what makes different types of worker tick.

Some organisations have started to build user profiles, helping them to match the workplace experience with their needs, but in many cases they have failed to put themselves in the employees’ shoes.

‘Common stereotypes can only aid in providing an understanding of how employees like to work and what they will respond most favourably to,’ says Ashish Gupta, executive VP and head of EMEA at HCL Technologies. ‘A far more granular and scientific way of creating user profiles is needed for the process to be successful.

‘The most effective method is to use real-time data analytics to understand the intricate differences that exist between work styles and employees’ varying expectations of the workplace experience.’

They have also grown up as witnesses of disruption to the way things are traditionally done – such as how Uber, Netflix and Airbnb have transformed industries – and value workplaces that are able to break with the past.

‘We offer unlimited time off, flexible working hours and no formal appraisal system,’ says Julian Wragg, EMEA MD at Pluralsight. ‘While this might seem radical to some, we’ve found that Generation Z thrives on the implicit trust involved.’

‘This kind of flexible approach to benefits can only work when there is real trust between employer and employee. We’ve seen this approach make our staff more engaged and aligned with our vision – as well as make our company more agile – and it also helps us attract and retain talent.’

The majority of businesses will provision mobile and data services via cloud infrastructure: it’s flexible, scalable and capable of keeping up with constantly changing demand for bandwidth and information.

Whether using public services, such as Amazon Web Services or Microsoft Azure, private infrastructure or a hybrid combination of the two, it’s important for organisations to know they retain ownership of their data.

In the UK, the Data Protection Act outlines that ‘data controllers must be in control of data at any given stage, even if the data is sent to an external party’. In practical terms, this means retaining control of the data at all times, even if it is being hosted by an outsourced cloud infrastructure provider.

>See also: Competitive, impatient and narcissistic: Is your workplace ready for Generation Z?

‘Outsourcing shouldn’t be seen as an easy way to sidestep regulation, but as an ally in achieving compliance in a timely and cost-effective manner,’ says George Wareing, UK sales director at TelecityGroup. ‘For businesses, it also poses the question of e-discovery. In other words, how quick and easy is it for an organisation to produce data when requested by regulators?’

Without complete control and access to owned data – wherever it’s stored – it has the potential to become a compliance challenge. This puts increased importance on a firm’s choice of outsourcing partner.

While the Data Protection Act is a universal guide, specific standards exist within every industry, and they don’t differ when it comes to handling mobile data. The technology supporting these industries will need to be prepared to stand up to rigorous industry inspection.

Generation Z make BYOD a non-negotiable decision for any business. There is no longer such a clear differentiation between work and personal devices, as more and more collaborative technology is being brought into the workplace.

These employees will expect at least the same experience at work as they can get at home with their own app-based existence.

‘But while this enables workers to share data more succinctly and a more agile approach to working practices,’ says Alison Vincent, CTO at Cisco UK&I, ‘in turn it brings a new security threat that businesses must acknowledge and embrace in order to evolve with the new generation’s way of working.’

Generation Z workers want to work wherever they are, on whatever device they want, whenever they want. And having increasingly mobile teams means businesses are more likely to be productive.

Ultimately, it’s all about giving employees the choice of when they work their hours, on what device and in what location. It marks a total shift in the way people work, but also means that businesses are likely to get more out of their staff.

‘A happier workforce means that staff are far more likely to want to work, which increases your organisation’s productivity,’ says Mike Wilkinson, VP of product marketing at BroadSoft. ‘It won’t be long before the way we work will be led by Generation Z. Then this new way of working will become the norm, and other businesses will be trying to catch up.’