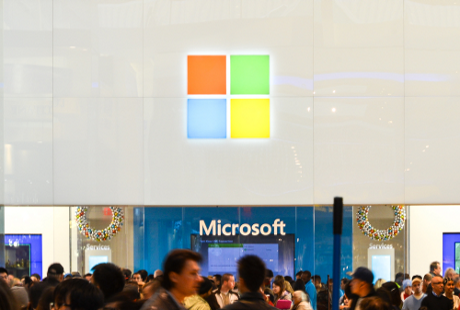 Windows 8 has edged closer to Windows Vista as the third most used operating system on desktop PCs, according to statistics from web analytics company NetApplications.

NetApplications analyses the operating systems that are used to access the websites of its 40,000 plus clients. It found that 3.17% of browsers on desktop PCs were using Windows 8 in March, up 0.5 percentage points from February.

Meanwhile, Vista, which was used by 5.17% of desktop PC users in February, slid to a total of 4.9% market share during the same period.

If March's trend continues, Windows 8 could leapfrog Vista as the third-most popular operating system on desktop PCs by summer.

The operating system previously experienced its biggest jump in market share over Christmas, when it grew from 1.72% in December to 2.26% in January, overtaking Apple's Mac OS X 10.8, 'Mountain Lion' in the process. It went on to reach 2.67% share in February.

In January, Microsoft claimed to have sold 60 million copies of Windows 8 since its launch in October 2013, which the company said was in line with Windows 7's progress after the same amount of time. In the same month, Microsoft said the number of apps in the Windows Store had quadrupled to pass the 100 million app mark.

Windows 8 is still a make-or-break move for the Redmond-based software giant, which is attempting to build its Windows 8 ecosystem across desktop PC, tablet and Windows Phone 8 devices.

The operating system has come under criticism by some users for the radical overhaul of its 'Modern UI' interface, which replaced the traditional 'Start' menu with tiles that act as shortcuts to applications.