Women in IT Awards 2016: winners announced 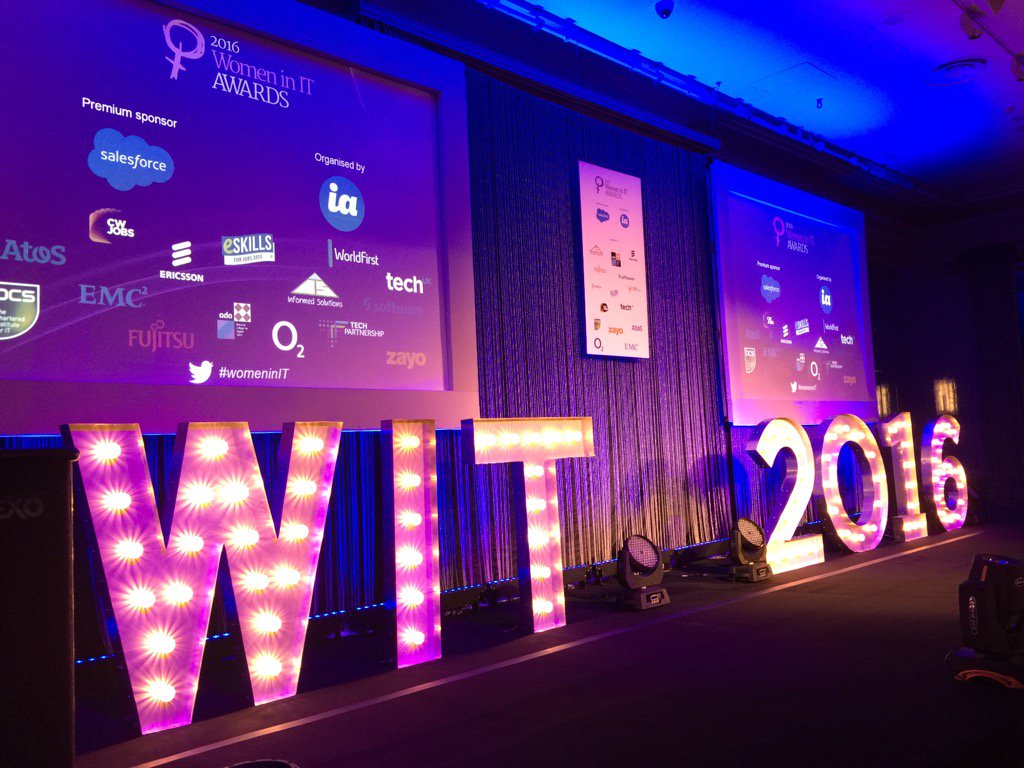 The Women in IT Awards, technology’s largest diversity event, returned in style last night as 500 of the UK’s most prominent IT leaders descended on the ballroom at Grosvenor House, Park Lane.

The event showcased the achievements and innovation of women in technology over the last 12 months, identifying new role models and promoting further dialogue around diversity among industry influencers.

Organised by business-technology magazine Information Age, the Women in IT Awards has gathered resounding support from trade associations, politicians and companies of all sizes and sectors since launching last year.

According to a study from employer body The Tech Partnership, which supports the event, just 16% of the IT industry is made up of women and the gender gap is worsening.

The event was introduced by Ben Rossi, editorial director at Vitesse Media and creator of the Women in IT Awards and sister event Tomorrow’s Tech Leaders Today.

“We all know the awful statistic that has stuck around in this industry for too long now: just one woman to every five men,” said Rossi. “I suspect the lack of female leadership role models in the technology industry is harming the aspirations of young women looking to embark on a career in IT.

“That’s why initiatives like the Women in IT Awards are so important, providing a platform to show off the wonderful female leaders that grace the world of technology.”

Amy Williams, Olympic gold medalist and presenter of The Gadget Show, hosted the ceremony, while Pippa Evans brought laughter to the lively evening with her post-dinner comedy routine.

The audience were also treated to keynotes from Baroness Joanna Shields, Minister for Internet Safety and Security, and Sir Rod Aldridge, who grew Capita from start-up to a FTSE 100 company and now chairs the Aldridge Foundation.

"Congratulations to all the women shortlisted for this year's Women in IT Awards,” said Baroness Shields. “This is a platform not only for celebrating the achievements of female IT leaders, but also for identifying new role models for young women.

“It is vital that we expand the circle of women innovators, creators and drivers looking to join our industry. Simply being involved in this initiative contributes to tackling technology’s disheartening gender imbalance."

Further insight into how each award was chosen by the judges, as well as winner reactions and pictures, will feature in the February issue of Information Age magazine.

The Women in IT Awards 2016 winners

Advocate of the year – sponsored by O2

Security Champion of the Year – sponsored by World First

IT Transformation of the Year – sponsored by Ericsson

Deployment of the Year – sponsored by CWJobs

Business Role Model of the Year – sponsored by Fujitsu

International Star of the Year – sponsored by Atos

Woman of the Year – sponsored by Salesforce