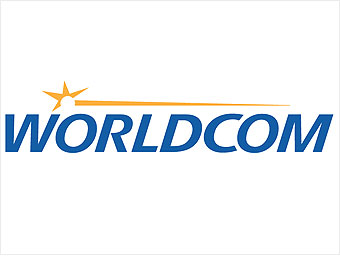 26 June 2002 Worldcom, the US telecommunications giant, sent fresh shockwaves through the world’s stock markets last night when it admitted a multi-billion-dollar fraud that could eclipse even the scandal at Enron, the collapsed energy trader.

Worldcom, one of the pioneers of the telecoms boom of the late-1990s, said it had fired its chief financial officer, Scott Sullivan, after uncovering improper accounting for $3.8 billion (€3.9bn) in expenses. David Myers, senior vice president and controller, resigned.

The company, whose auditor until recently had been the beleaguered Andersen, will restate its results for 2001 and the first quarter of 2002 in what may be the biggest revision in corporate history.

The US Department of Justice is understood to have begun an immediate criminal investigation.

The grim news could not have come at a worse time for Worldcom, which is in talks with its lenders to secure $5 billion (€5.1bn) in financing — without which it could face a cash-crunch in 2003, or even bankruptcy.

The Securities and Exchange Commission, which had already been probing Worldcom, said it had ordered the company to file a detailed report on the disclosures. “The Worldcom disclosures confirm that accounting improprieties of unprecedented magnitude have been committed in the public markets,” the SEC said in a statement.

The revelations come just seven weeks after co-founder Bernie Ebbers, who built the company through more than 60 acquisitions over the past decade, quit as CEO after it emerged he borrowed hundreds of millions of dollars from Worldcom to underwrite the inflated prices he had paid for the company’s own shares.

His replacement as CEO, former vice-chairman John Sidgmore, said last night: “Our senior management team is shocked by these discoveries.”

He added, “We are committed to operating WorldCom in accordance with the highest ethical standards. I want to assure our customers and employees that the company remains viable and committed to a long-term future. Our services are in no way affected by this matter, and our dedication to meeting customer needs remains unwavering. I have made a commitment to driving fundamental change at WorldCom, and this matter will not deter the new management team from fulfilling our plans.”

The news has rocked already shaky investor-confidence in US accounting practices, sending shares in telecoms and technology companies plunging around the world today.

The scandal broke last night when Worldcom, which is the second-biggest long-distance phone company in the US and one of the largest data communications providers in Europe, said its reported 2001 profit of $1.4 billion (€1.4bn) and the $130 million (€134m) it said it made in the first three months of 2002 were wrong.