The 10-point green plan – what about e-waste management? 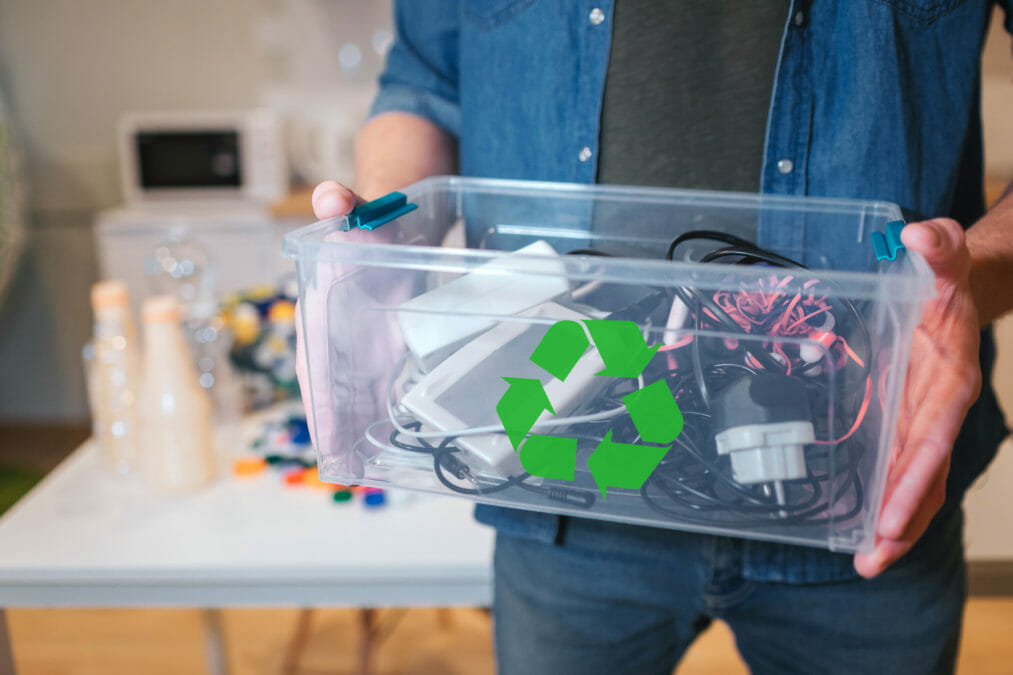 As 2020 drew to a close, UK Prime Minister Boris Johnson outlined his 10-point plan for a green industrial revolution. In the week following the announcement, the Prime Minister made yet further promises and laid out his ambitions that would accelerate the UK along a trajectory towards a greener society, vowing to achieve 68% carbon emissions cuts by 2030.

Globally, we face a potentially irreversible environmental crisis. The challenge, however, is that the issues of pollution, declining biodiversity, and wastefulness are growing at an alarming rate. Countries around the world are uniting to tackle these issues, but more must be done. The steps that the UK government has taken will begin to reverse some of humanity’s impact on the planet, but gaps still remain. Most notably is a disregard within the green plan for e-waste management.

The rising tide of e-waste

The 10-point green plan introduces a lot of positive initiatives, including the creation of some 250,000 jobs, a ban on combustion engine sales and significant investment into renewable energy sources such as wind power and hydrogen production. But there is a running theme throughout the plan, and that is that many of the points push for the creation of new solutions. However, very little attention has been paid to how climate change can be reduced, by a greater impetus to reuse and recycle.

E-waste is the fastest growing waste stream, and according to the UN, just 20% of it is formally recycled. More than 53 million metric tonnes of e-waste was produced in 2019, and according to the Global E-waste Monitor 2020, the UK is the worst offender in Europe for e-waste exports and the second biggest e-waste contributor in the world after Norway. This is not sustainable – attitudes towards e-waste must change, and it’s crucial that individuals and organisations rethink the future of electronics. As it stands, organisations are not doing enough to stem the rising tide of e-waste, and a large majority of the electronic waste produced each year is exported illegally to some of the world’s poorest countries, where it is stripped down to its raw materials, often to the detriment of people’s health.

The environmental effect of e-waste is not wholly concerned with its impact in terms of contributions to landfill. The production of electronics has implications where the mining of precious materials is concerned. However, these scarce resources can be salvaged from old electronics – there is 100 times more gold in a tonne of e-waste than in a tonne of gold ore – creating a significant opportunity for device processors and manufacturers to extract the residual value of old devices and lower the environmental impact of the production of newer ones. 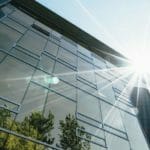 To some, the Covid-19 pandemic was an environmental inflection point, with reports that national lockdowns caused carbon emissions to fall. But the pandemic brought with it new challenges particularly for e-waste management. The global shift to remote working forced employers to purchase new IT equipment, and a recent study revealed that nearly all enterprises (97%) had to make purchases of laptops, with 75% buying the devices brand new, to deal with the mass exodus from traditional offices into home office environments.

These purchases have sparked e-waste fears, as businesses increase the volumes of devices they own. This mass of new devices will eventually have to be dealt with in an environmentally friendly way, and as such, environmental initiatives like the 10-point green plan must take notice of this scaling issue. Interestingly, the same research also found that nearly half (47%) of large global enterprises created roles responsible for implementing and ensuring compliance with e-waste policies specifically to deal with e-waste issues generated from the Covid-19 pandemic. It’s clearly apparent that enterprises are aware and concerned about the mounting issue of e-waste, but government bodies can and should play an instrumental role in defining responsible policies that guide enterprises on how to appropriately dispose of used devices. Further still, they should encourage the reuse of devices and issue regulation that holds enterprises accountable for not meeting e-waste standards.

A primary consideration when any device reaches end-of-life is to appropriately sanitise it and remove any data that remains on it. Organisations are under immense pressure to ensure data regulatory compliance and do everything they can to safeguard valuable and sensitive business and consumer data. It’s critical therefore that enterprises align their data management and e-waste management policies. 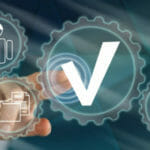 3 steps to an effective data management and compliance strategy

Quite often, the reason for computers and servers becoming e-waste is that the hard drive is removed and physically destroyed. As a result of this, the remaining system is not reused, making it far more likely that the device and its components will end up in landfill. This is entirely unnecessary. Hard drives can have their data erased – something that can now be done entirely remotely – meaning that the device and/or its parts can be reprocessed and resold without fear that residual data will be intercepted.

Many public institutions as well as private businesses are unfortunately still running destruction processes for hard drives instead of complete system re-use processes. These are procedures that must change. The public sector, in particular, should lead the way here and work to minimise unnecessary physical destruction, reducing e-waste, while also prioritising data sanitisation methods that guarantee the irreversible removal of sensitive data from a device.

The reality of the 10-point green plan is that it supports and encourages important initiatives that will steer the UK towards a greener society. However, it is a drop in the ocean where ambitions for more wholly sustainable practices are concerned. Technology adoption and device purchases are growing, and it’s imperative that society as a whole moves away from its take-make-consume attitude to devices and electronics. And time for action is running out. There will be a greater requirement of public and private organisations to demonstrate corporate social responsibility (CSR), and effective e-waste management should be a central pillar to those CSR polices. Globally, efforts towards a circular economy should be prioritised for the benefits of future societies.